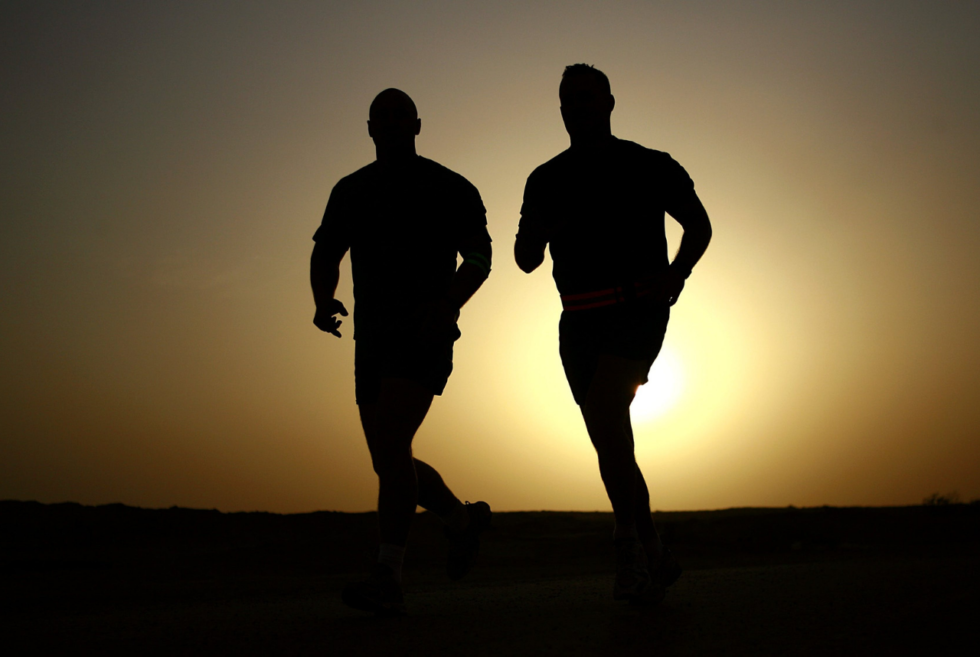 We all know that running is good for us, but do you know how many ways it can improve your health? This long-beloved exercise is simply an extension of what humans are made for, and partaking regularly has amazing results. Read on for some great benefits that’ll help motivate you to get moving!

Our heart plays a huge role in our health, and moderate aerobic exercise like running is a great way to improve things across the board. Getting the blood pumping is a necessity to maintain a healthy heart, and running requires nothing more than a stretch of road and some running shoes.

The benefits work well for both young and old, according to studies. Science shows an overall improvement to the health of the heart and the vascular system when someone begins training by running.

It’s a great situation to be in, and often a cherry on top of the other improvements the new runner will see.

For many, there’s a heavy divide between resistance training and cardio. Weightlifting is often seen as the only way to improve the strength of muscles, while running is seen as primarily helping out the heart and lungs.

If you want Mr. Olympia thighs then you may want to stick to squats, but for the average person running helps with tone and size. The average person isn’t going to end up underdeveloped when running is a primary part of their routine.

Don’t leave out resistance training, however, as it’s been found to be synergistic with running! Especially for those who are just beginning their fitness journey.

If you’re like… well, most of us, then sleep is always an issue. Running, and other exercises, actually work to help you sleep better. As a bonus, you’ll also be better at running if you can regularly get a full night’s worth of shut-eye.

That doesn’t mean you should run before bed, however. Often exercise has the effect of waking us up, it’s the run in the morning or afternoon that helps you get better shut-eye

If insomnia is a serious problem in your life, then you just have another reason to get out there and exercise. The improvements can be drastic, especially at the start of your training.

Exercise has the ability to improve our mental health as well as the physical. And not just for the duration of the fabled “runner’s high” that many people seek out. There’s even more to it than taking your dog along and feeling better.

The relations between running, dopamine, and serotonin are complex but the overall effect is that regular exercise improves mood and lowers depression symptoms. It seems to act as an overall tonic for mental health.

How much of a boost? Well, in people with depression it’s reported to promote similar improvements to antidepressants. That’s a huge bonus, and those who may be afflicted with depression should look into running as a possible extra therapy.

For the rest of us, it just makes the day a bit easier overall. In either case, it’s not an improvement that many people expect!

If you’re carrying a few extra pounds, then you’ve most likely looked into running. Like all forms of cardiovascular exercise, running works well for that purpose when someone is regular about it. It burns calories consistently, and that adds up over time.

More importantly, it helps form the basis of healthy habits which lead to lasting weight loss. You won’t melt off pounds within 15 minutes a day of moving, but if you stay consistent and alter your caloric intake running is the easiest way to consistently shed excess weight.

Running doesn’t require any expensive equipment, which means it’s a perennial favorite for those who want to lose some extra poundage. Use it as the basis, and make the other required life changes, and you’re in good hands when it comes to weight loss!

6. Improved Knee and Back Health

While runners sometimes end up injured, studies show lower rates of arthritis in the hips and knees of active runners. The ability to take the edge off of the aging process is no joke.

You’ll need to make sure you have the correct form and run on a suitable surface to maintain the benefits, but it’s a small price to pay for aging more gracefully.

Overall joint health means more than freedom from a bit of pain. It’s a serious quality of life issue that many people will face as their body slows down in the golden years. Slow down joint deterioration with a smart running plan, and you’ll be spray for longer!

Taking your health seriously starts with exercise, and running is the simplest way to dive in for a novice. The benefits of running are life-changers for those who can stick with a solid, sensible plan to approach the matter. So, are you ready to start running and reap the benefits?