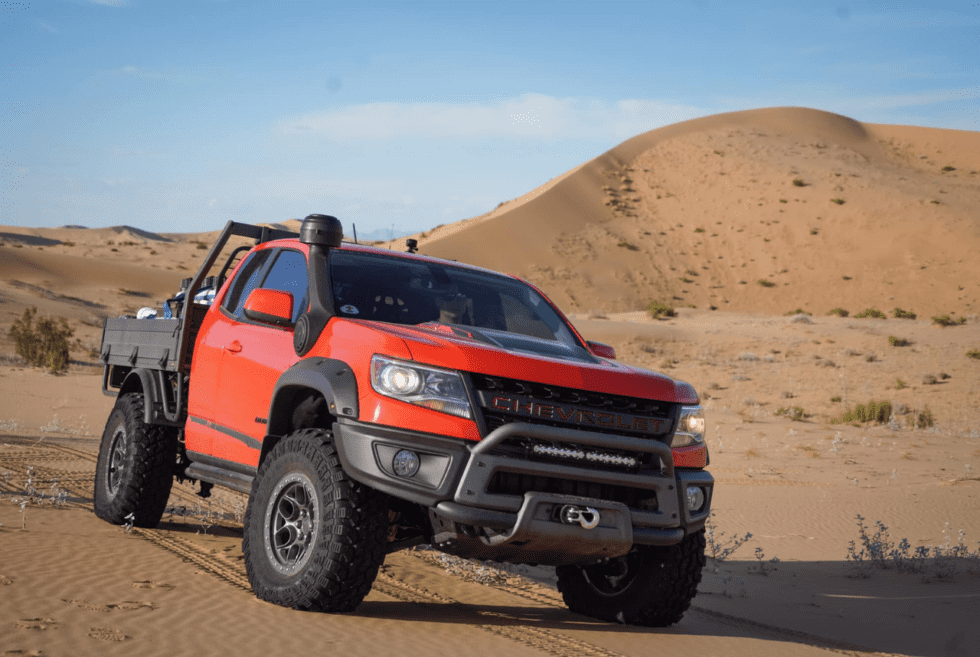 In 2018, we caught a glimpse of the 2019 Chevrolet Colorado ZR2 Bison. The truck is an off-road monster that won’t back down from any outdoor challenge. With the help of American Expedition Vehicles (AEV), the project gave the donor machine a boatload of upgrades to survive almost anywhere. Despite already earning big points for its capabilities, it seems that another collaboration between the two companies is in the works. They’re calling it the 2019 Chevrolet Colorado ZR2 Bison Tray Bed and looks totally badass.

The original ZR2 Bison is already one awesome ride, but this following concept takes it even further. The most noticeable tweak as hinted by the name is the truck bed. AEV is taking the stock section of the original and swapping in something more rugged. The heavy-duty replacement suggests that this new version is ready for more punishment. The durability and flexibility it offers means owners can load even more cargo without worry. It will be making its official debut at the 2019 Overland Expo West.

In order to back up its claim, AEV is subjecting the 2019 Chevrolet Colorado ZR2 Bison Tray Bed to a grueling test. After spending three days navigating the harsh Altar Desert, the results are reportedly promising. Aside from the upgraded truck bed, this powerful pickup flaunt new fender flares that to accommodate the set of four 35-inch all-terrain tires. The chassis and suspension are also getting upgrades to elevate control and performance. Steel bumpers up front and on the rear protect the off-road ride from most forms of impact while outdoors.

Check out AEV for more information 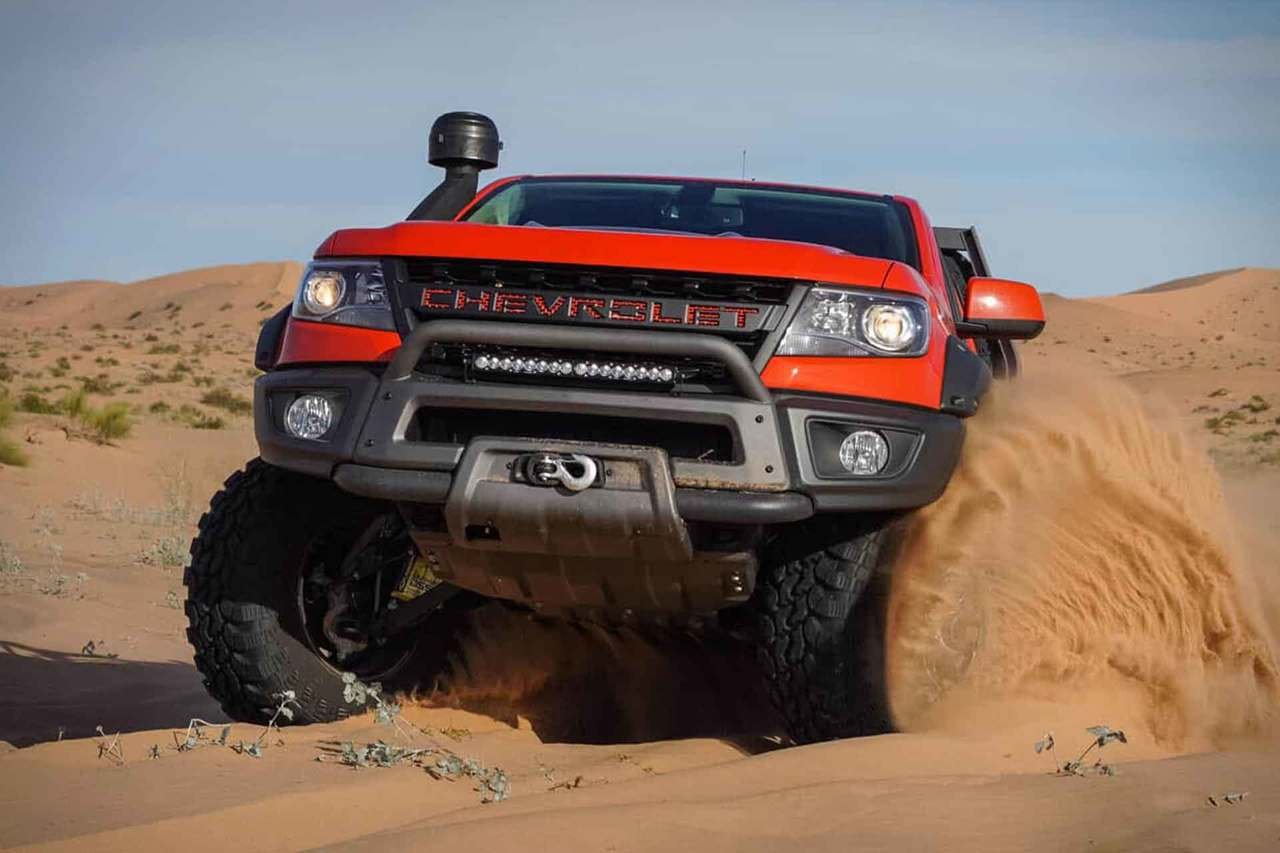 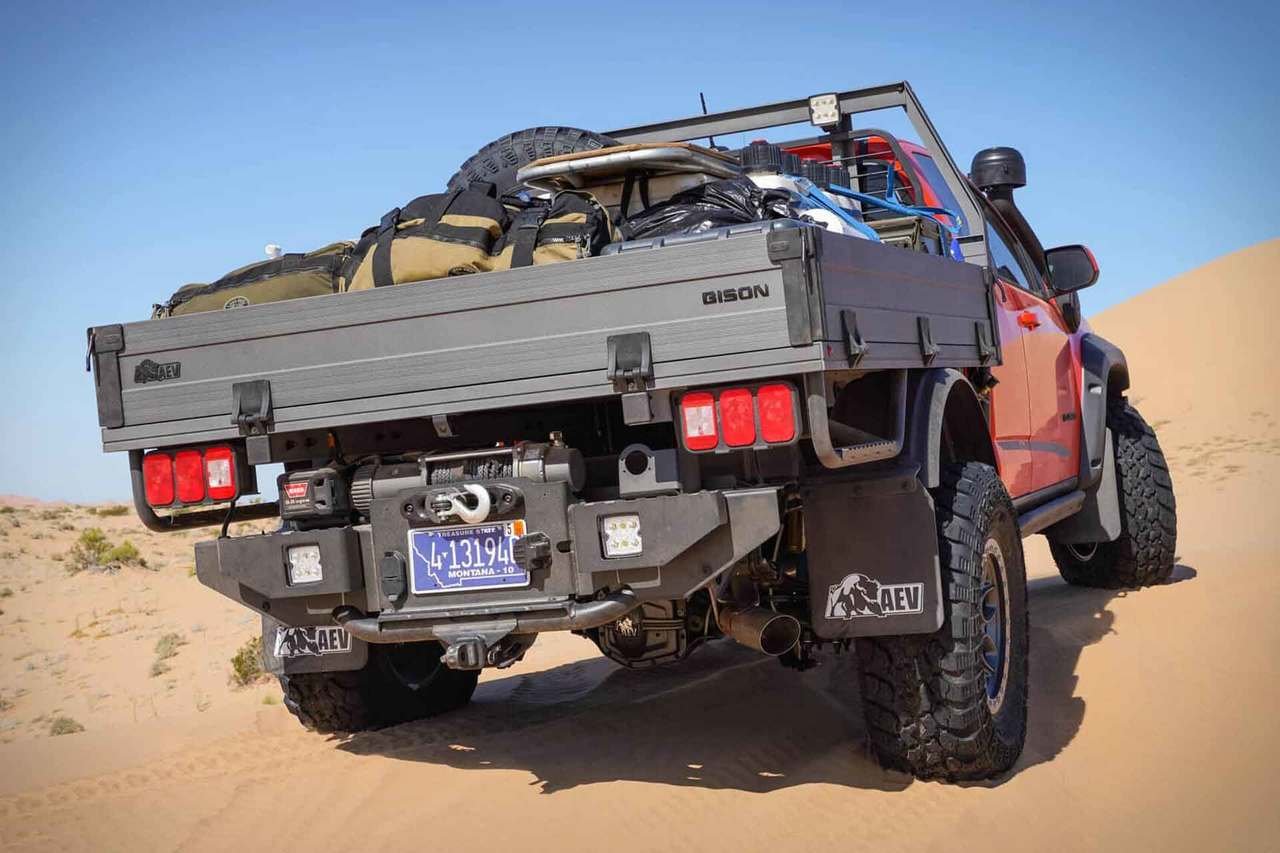