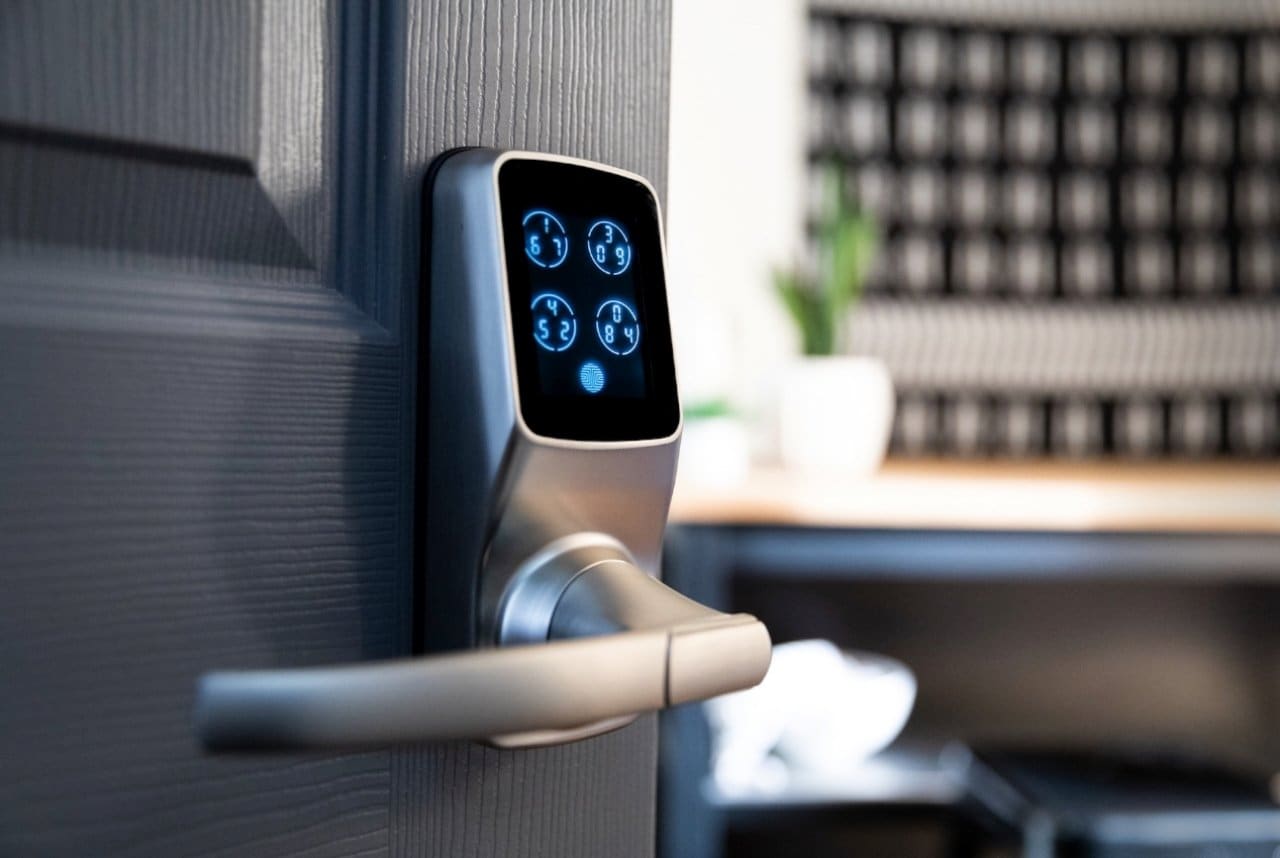 Here’s something new: a smart lock with a built-in fingerprint scanner from Lockly called Secure Plus, which uses a 3D fingerprint sensing technology (combined with specialized algorithm-based passcode tech) to make your door “virtually impenetrable.”

That’s a pretty bold claim from what’s an otherwise unknown smart home security company, but also intriguing. The smart lock itself comes in two styles, deadbolt and latch. You need a fingerprint to open it, of course. However, it will still grant you access via a physical key in case of a network problem.

That won’t really be necessary, though. Lockly says its smart lock can generate multiple access codes without the need for an internet connection. There are many smart locks in the market, each with their own gimmick, but we have to say that this, by far, is the most ambitious.

Another thing that separates it from the rest is its OLED screen and passcode-entry display. You’ll find four circles with three numbers each, and the digits move around with each use. This way, someone who, for example, might be surreptitiously watching you from a distance won’t be allowed to just casually open the door after a guest leaves. What’s more, it also has a do not disturb mode that will only let people enter with a physical key.

You can store up to 99 fingerprint profiles in the smart lock, and replicated fingerprints or photos can’t fool it. It unlocks only when it confirms a physical match. Users can set both models to auto-lock after a period of time has passed, and you can even set custom codes for guest access.

The deadbolt version is available for $200, while the latch edition will run you $230. The 3D fingerprint reader is an additional $50 for both models. Either model is a pretty great investment, especially since Lockly says Alexa and Google Home integrations are on the cards.

Audi gives the e-tron SUV a sportier makeover and the results are clear. The e-tron Sportback offers better mileage and looks even better.

Unlike other Bluetooth speakers from Marshall, the Uxbridge Voice does not come with the analog dial knobs and uses a new button arrangement instead.

The Canon Ivy Rec is a $130 action camera with waterproofing, Bluetooth, Wi-Fi, and everything else you need from a camera companion for adventures.

It's time to say goodbye to charging cables as the Matrix PowerWatch Series 2 uses ambient light and body heat to keep its batteries in top condition.