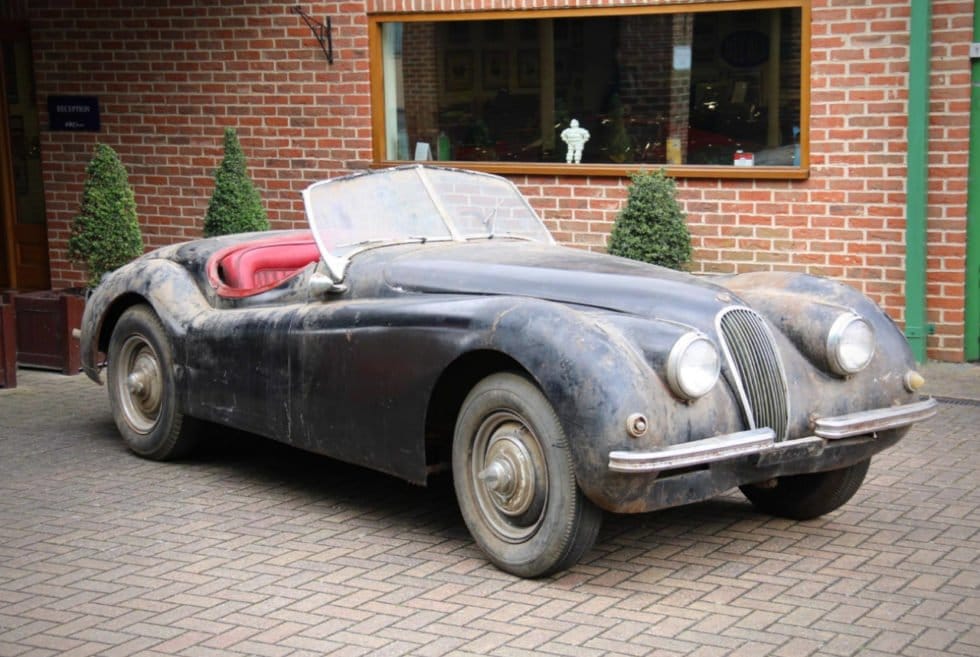 This one’s ripe and ready for restoration. Kept in dry storage since the 1970s, this beaten-down Jaguar XK120 from Woodham-Mortimer is practically begging for some thorough cleanup. And if you’re even just a tiny bit interested in restoration jobs, you already know just by looking that this is going to be a fixer upper of a car.

Make no mistake. Despite its current squalor, the Jaguar‘s XK120 was the ultimate sports car of its day, matched only by none. With its advanced dual-overhead-cam and 3.4 liter straight six engine with 160 horsepower, this ride could blast up to 120mph. That’s certainly nothing to be impressed about in today’s standards. However, these numbers made it quite the Quicksilver of its heyday.

It was a sales hit, too. Such a hit, in fact, that Jaguar had to switch to steel bodies instead of aluminum just to keep up with the demand for the car — the example you see above is one of the first steel models. This particular one was sold in California back in 1951, then was acquired by a new owner the following year, who owned it until 2002.

It comes with numbers-matching certification from Jaguar themselves, topped with a bunch of intriguing modifications plus an excellent patina. Vintage car restorers, heads up — this is the next perfect job for you. Or even for beginning restorers, this is probably the best way to cut your teeth. Just note that it’s going to cost you a lot — $60,000, to be specific. 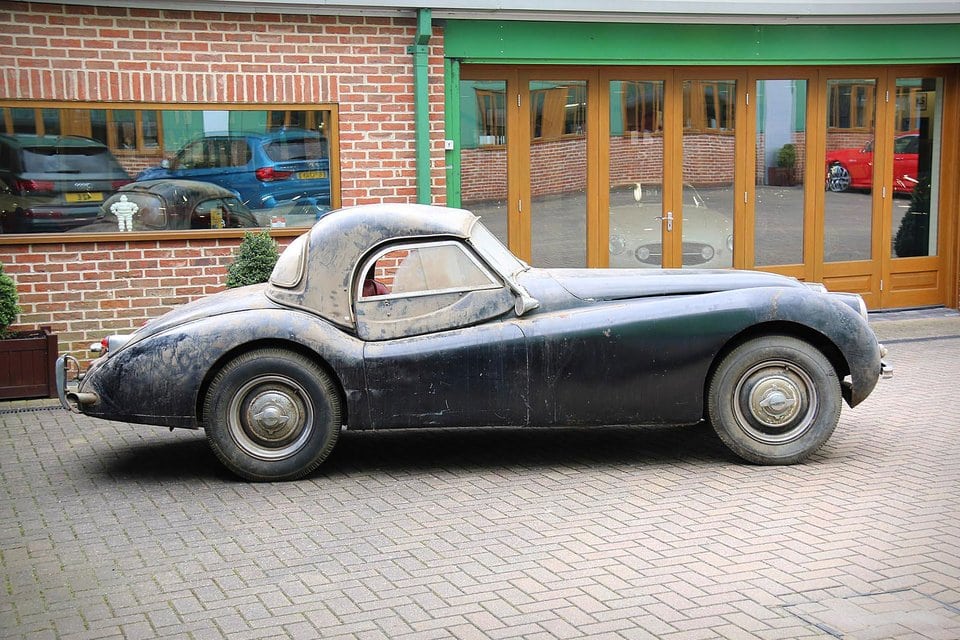 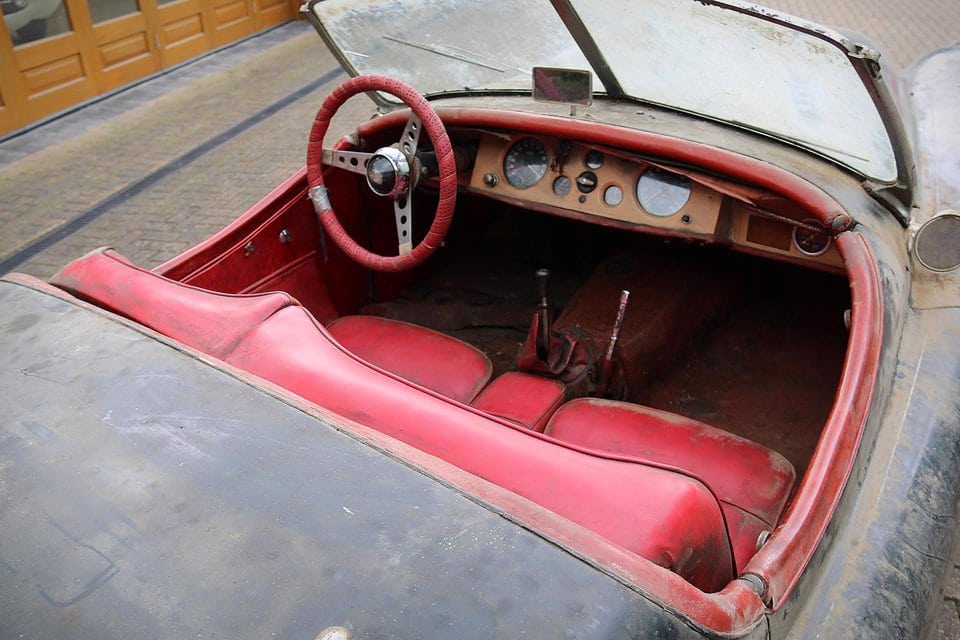 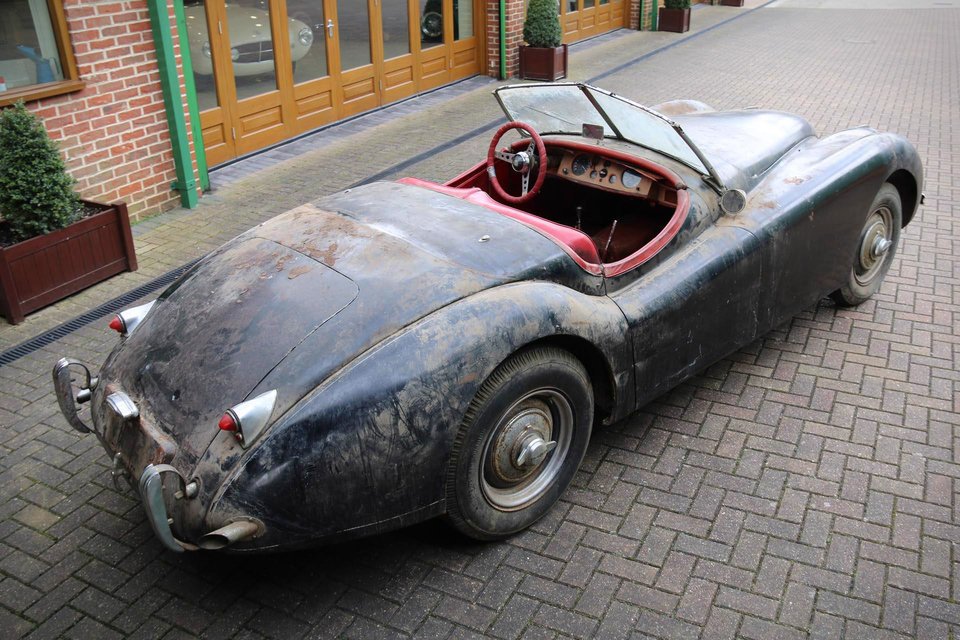 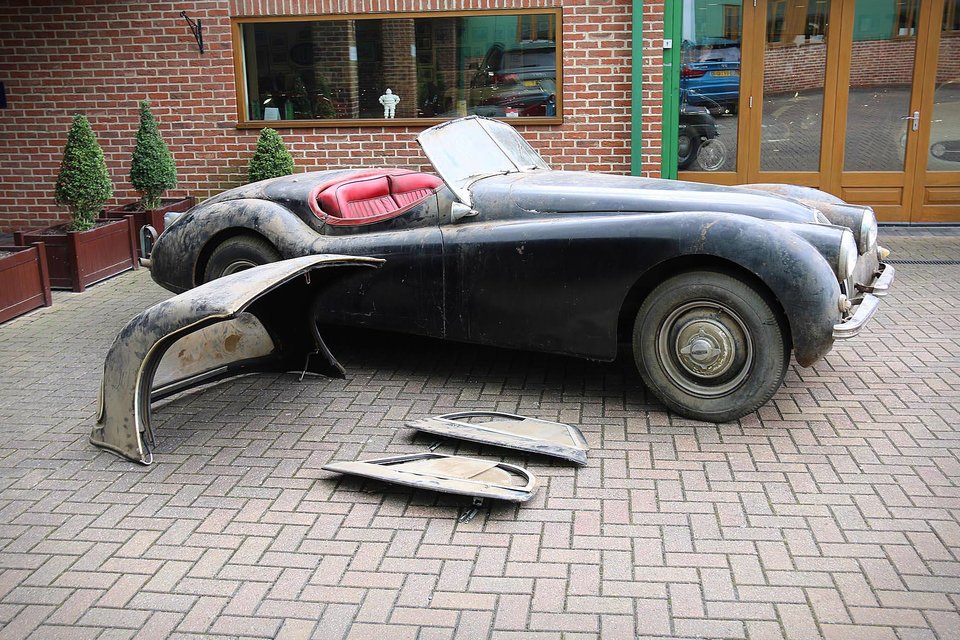 After a brief and tragic stint on 1969’s The Italian Job, this Lamborghini Miura went missing shortly thereafter. Until now.

What we have here is the stunning 2019 HPE800 McLaren 600LT, which is an awesome upgrade project helmed by the folks at Hennessey Performance.

Droog Moto has done it again. The Silent Assassin E-Scramble, its latest build, is its quietest ever.

This 1971 Land Rover Series IIA is the hottest off-roader we’ve seen. And not just because it’s red.

The Speeder Flying Motorcycle from Jetpack Aviation proves the future is expensive as hell.