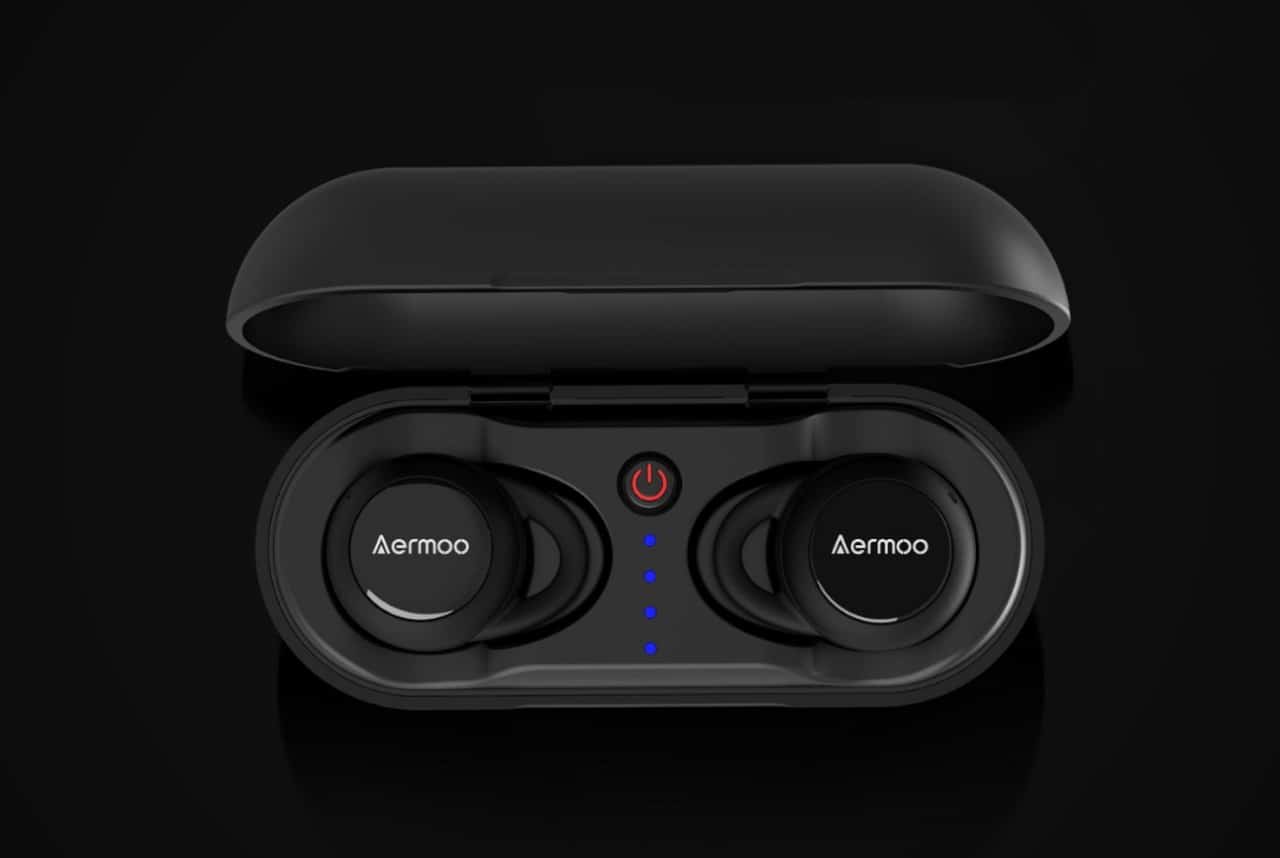 You probably haven’t heard of Aermoo before (they make phones and other accessories). But now you have to. Especially if you want some decent pair of wireless headphones for your jack-less flagship device. One, most notably, that won’t break the bank.

At just $60, the Aermoo B3 is one of the most affordable pair of cans you can get. They’re one of the best bangs for your buck, as well. Good luck finding another pair that’s IPX7 waterproof, has Bluetooth 5.0 right off the bat, and boasts an internal LDS antenna.

Those features are nothing special for wireless devices, but they’re outliers for a pair so cheap. Not only that, the B3 also has an auto-pairing feature where the buds automatically connect to your phone once detected. No need to power them on beforehand. Moreover, if you run out of juice listening to your favorite tunes while on commute, just pop them in the included charging case and you’re good to go. That is an incredible feature set for a $60 pair of wireless headphones. They’re the perfect entry-level pair to get if you’re just starting to accept (albeit reluctantly) the slow disappearance of headphone jacks from our favorite smartphones.

As for the sound, let’s just say you won’t be disappointed. They’re no Bose or Marshall, surely, so better not get your hopes too high — but they’ll get you by. Nothing too crazy about its sonic capabilities, but also nothing too special; they’re just fine — the lows, mids, and highs are balanced, and there’s also a volume limiter to make sure your hearing doesn’t get damaged.

The Aermoo B3 is a well-rounded pair of wireless headphones that’ll keep you happy as the whole smartphone landscape scrapes out the headphone jack for good. For $60, they’re a steal.

With the Ballistic Nylon Duffel Backpack Hybrid, Filson has made what’s perhaps one of the bags in the world, ever. And that’s not hyperbole.

Pure ergonomic bliss is what owners can look forward to as the Nike Air Max 2090 comes with outstanding comfort.

The RovyVon Aurora A24 Flashlight emits a maximum of 1000 lumens and emits a beam coverage of 150 meters which is IPX8-waterproof.

Owners of the new Nintendo Switch Lite planning to have some multiplayer fun should consider getting the 8BitDo Lite Bluetooth gamepad.