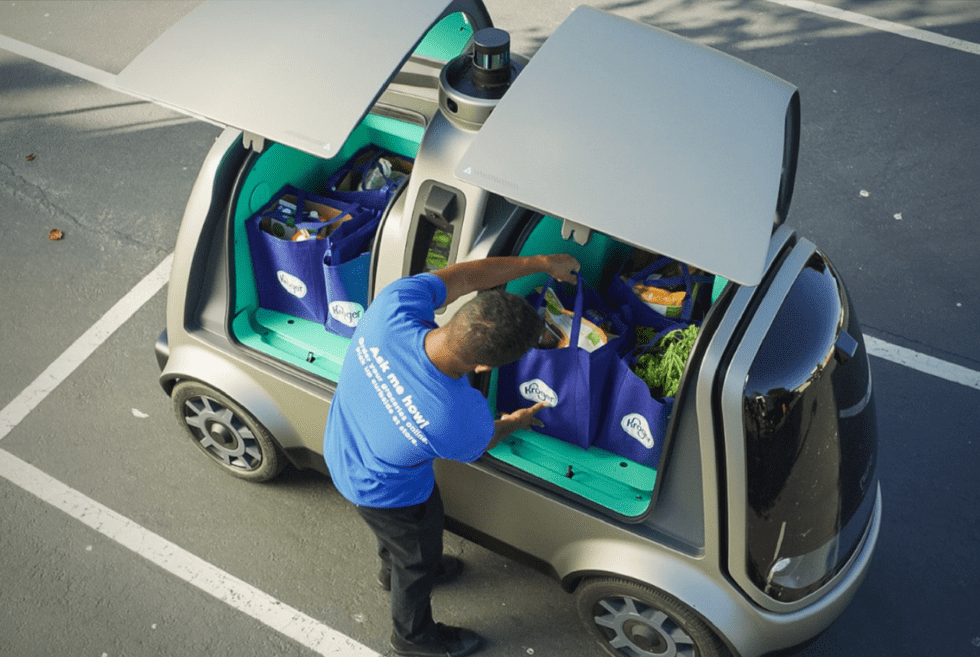 A startup specializing on driverless technology has unveiled the Nuro R1, a food delivery van that could one day keep delivery boys off the payroll entirely.

Nuro is ready to put its cars on the road in partnership with retail chain Kroger to deliver groceries around Scottsdale, Arizona. The pilot test will serve a single Fry’s Food and Drug location in the area. Customers can shop for groceries and place their orders via the grocer’s website or mobile app. There’s no minimum order required, but you have to pay a flat fee of $5.95 for deliveries.

“We’re proud to contribute and turn our vision for local commerce into a real, accessible service that residents of Scottsdale can use immediately,” said Nuro CEO Dave Ferguson.

Some reasonable skepticism toward the concept of driverless cars exists, to be sure. That said, it’s hubris to ignore the strides we’ve made toward a truly driverless future. Google, Uber, and Tesla are just some of the major companies in this playing field. Each of those is perfecting their approaches to ensure not only that driverless cars are possible, but also safe.

The Nuro R1 bears no noteworthy under-the-hood specification. It’s electric, uses LiDAR technology, and has built-in camera sensors for more accurate traffic tracking. This is the usual fare for driverless vehicles. That said, it’s the first to be truly autonomous. It doesn’t even have enough a driver’s seat as the interior has been optimized primarily for payload.

The pilot program will allow Nuro to observe how accurate its estimated delivery times are, how the public reacts to the vehicles, and how its driverless car will interact with regular cars on the road. It’s certainly one of the more promising implementations of driverless technology, and we sincerely hope it takes off.