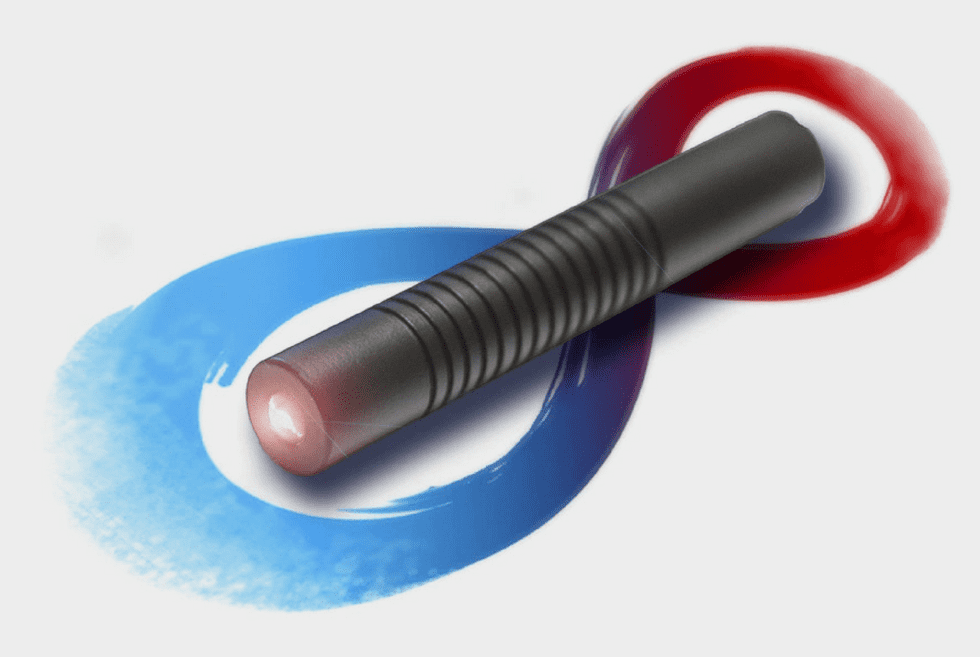 The new self-charging Faradeus flashlight is named after Michael Faraday for making the discovery of electromagnetic induction. A century and more has passed since his discovery and now the guys over at Kickstarter are using it to make some tech-savvy flashlights.

Battery-operated flashlights can be unreliable, especially in dangerous situations. They become as useful as a chocolate fireguard, or as the Cleveland Browns (sorry Browns fans!) and is why a self-charging flashlight is the most reliable answer.

The Kickstarter invention doesn’t need batteries or some flimsy USB cable. All you need to get it running is a little shake to get the electromagnetic induction to take place. Unlike our old entrepreneur slash discoverer in the 19thcentury, Kickstarter have more tech advancements at their disposal. We can just agree that there are some magic fairies inside this flashlight, or we can go into a little detail… there is an unsecured magnet that can travel along a copper inductor that creates energy when shaken. Complemented by a space to store all the accumulated “shake energy” – so no fairies actually.

So yeah, power within and all that; give it a shake and let there be light! The flashlight isn’t just convenient. It is manufactured from aircraft grade robust aluminum, both waterproof and shockproof.

This project is already underway and can be backed at Kickstarter already!

Stay Dry and Comfortable with the Baro Brockton Jacket

The Baro Brockton Jacket boasts a 3-layer waterproof system that keeps you dry under a downpour and comfortable and sweat-free during humid temperatures.

One look at the Beosound 2 speaker from Bang & Olufsen will make you drool over its superior craftsmanship and audio quality.

Both trims of the Hublot Big Bang E sport a 42-mm OLED touchscreen with a sapphire crystal and a Qualcomm Snapdragon Wear 3100 chipset.

The Grand Seiko SBGC229 is a Nissan sports car in watch form.

The LG UltraGear is the first set of gaming monitors to offer a response time of 1ms.

The Civilware Pointer II Friction Folder is no Earth-shattering EDC option, but it’s worth a shot for it no-nonsense design.