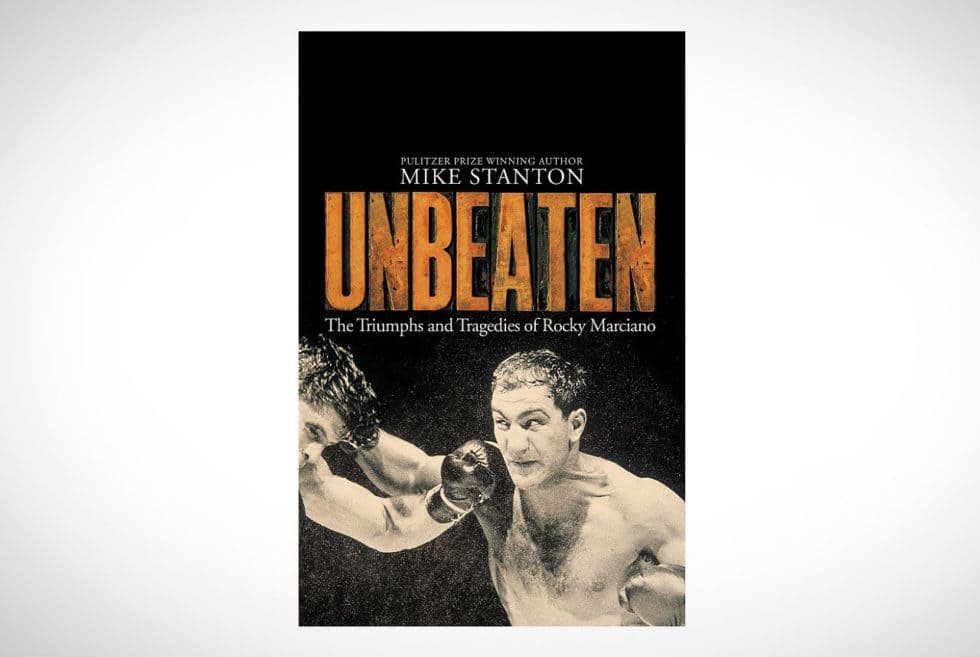 Unbeaten: The Triumphs and Tragedies of Rocky Marciano

Unbeaten: The Triumphs and Tragedies of Rocky Marciano tells the life story of one of the greatest boxers of all time–the only heavyweight in professional boxing history to retire undefeated (49-0).

The man who was the inspiration for the Rocky movie series, Marciano is famous for having one of the toughest chins in this sport, being knocked down just twice in his entire career. And here’s another fact: His knockout-to-win percentage of 87.76 is one of the highest ever recorded.

Penned by Pulitzer Prize-winner Mike Stanton, the book follows “The Rock” (not that Rock) from his humble beginnings “in the back alleys of New England and the musty gyms,” through his glorious years surrounded by hustlers and gamblers, crusty trainers, glamorous dolls and notorious mobsters, to his forced retirement and troubled final years. A captivating biography of an extraordinary man who never lost a fight in a sport that was rotten to its core.