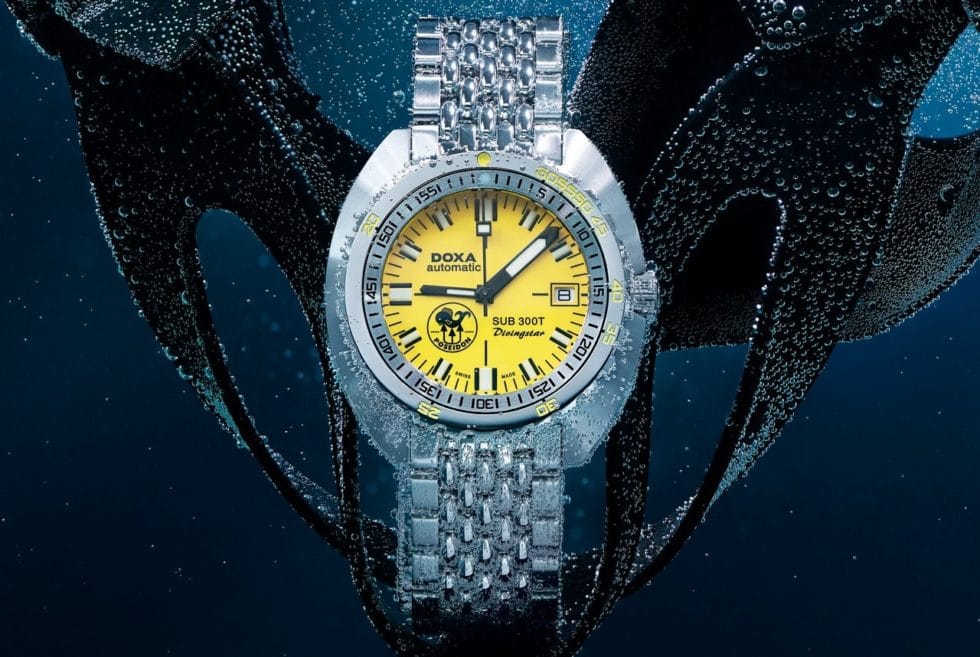 The new DOXA SUB 300T Divingstar ‘Poseidon Edition’ Watch recreates one of the company’s rarest 1970’s models, paying tribute to that golden age of scuba diving. The original SUB 300T was the dive watch to rock at that time, so much so that famed explorer Jacques Cousteau, SEALAB divers, and the French Navy were all trusting it to keep track of time underwater.

Made in collab with venerated Swedish Poseidon diving gear makers, the timepiece resembles its forebear but is updated with modern specs. The brushed stainless steel case has a scratch-resistant sapphire crystal, protecting a bright yellow dial, while inside ticks a solid Swiss ETA 2824-2 self-winding movement with 42-hour power reserve.

The watch is now water resistant to 1,200 meters (four times the depth rating of the original) and the dial markings and hands are coated with Super-Lumi-Nova for legibility in dark waters. Fitted with a “beads of rice” style steel bracelet, with a fold-over clasp with an extension for use over a thick diving suit, the ‘Poseidon Edition’ is available in a limited edition of 300 units, making it almost as rare as the 1970s original. 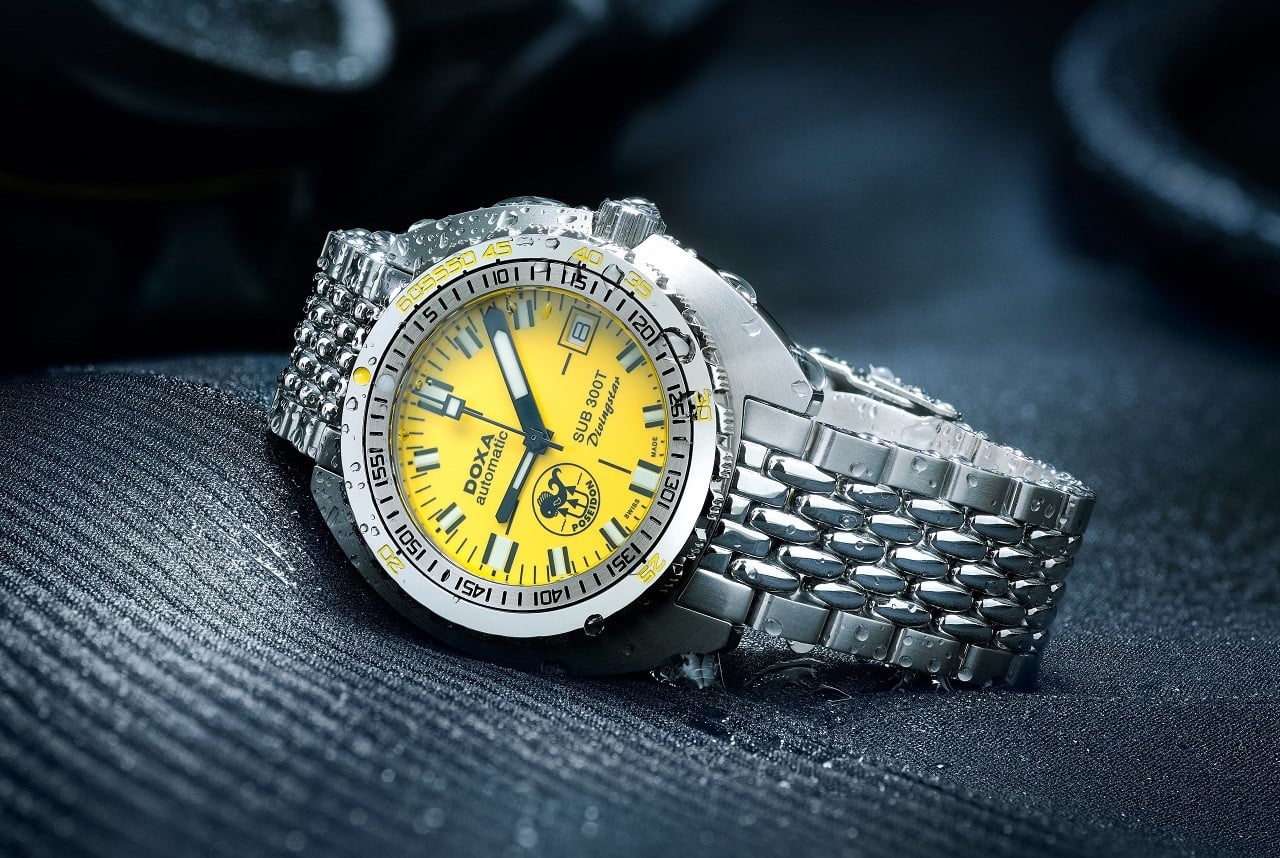 The Velocity Wool Chukka is a winter-savvy footwear that uses Gore-Tex's Invisible Fit technology to make it weather-resistant, durable, and quick drying.

MessyWeekend sunglasses come in elegant and trendy designs that fit any fashion wear. They provide UV400 protection and guaranteed durable and flexible thanks to its TR90 and acetate composition.

The Vollebak Blackout Relaxation Hoodie takes self-isolation seriously. Its ingenious zip-up closure and breathable visor let you see out but prevent others to see in.

The Ridge Aluminum Wallet is a minimalistic and slim everyday carry that offers RFID protection and enough space to store up to 12 cards and cash.