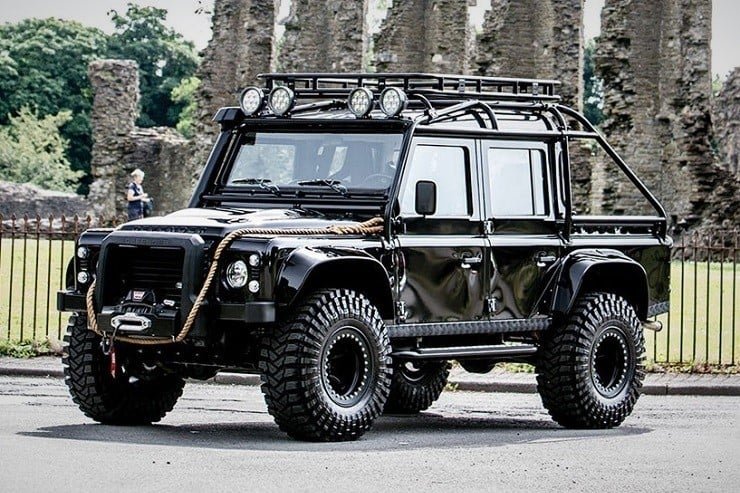 When you have a larger-than-life hero like James Bond in a movie, the vehicles driven need to be up to par. Case in point, the 2014 Land Rover Spectre Defender ($Auction), which now can be yours!

Chassis no. SALLDHSP8FA462391, this is one of the ten original Defenders Sony Pictures sent to Jaguar Land Rover’s Special Vehicle Operations for the Hollywood touch. It survived the upgraded tuning by the racing specialists at Bowler to reach a new 187-hp, 369 lb-ft torque performance peak. Its suspension was improved with rose joints and Bilstein rally dampers. It also packs a full roll cage installed both inside and out, plus Recaro seats with 4-point harnesses to keep you in place while you’re chasing the bad guys. All this rests on huge 37″ tires that have been bolted directly onto the wheel rims.

While some of the 2014 Land Rover Defender SVX JB 24’s were destroyed in the course of filming, this one was used only for drive-by shots and has only 145 miles (234 km) on the odometer. It’s in pristine condition and will be auctioned off by JM Sotheby’s in September. 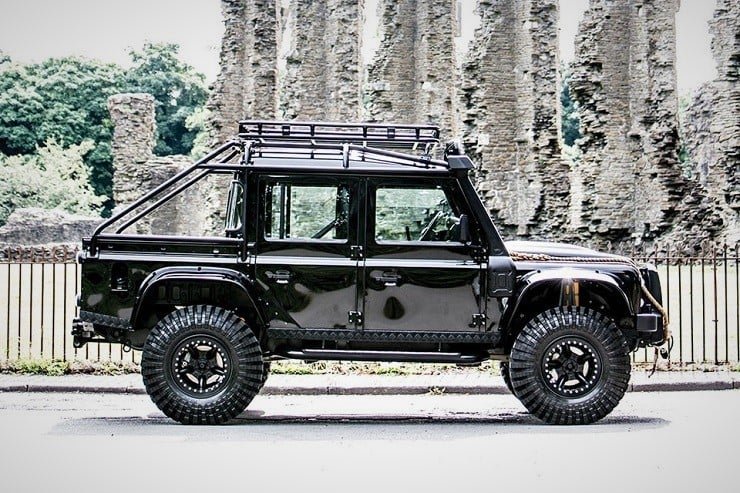 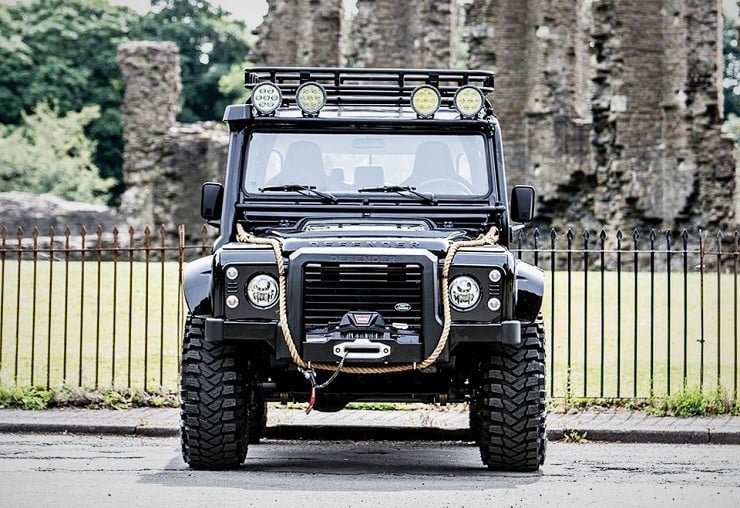 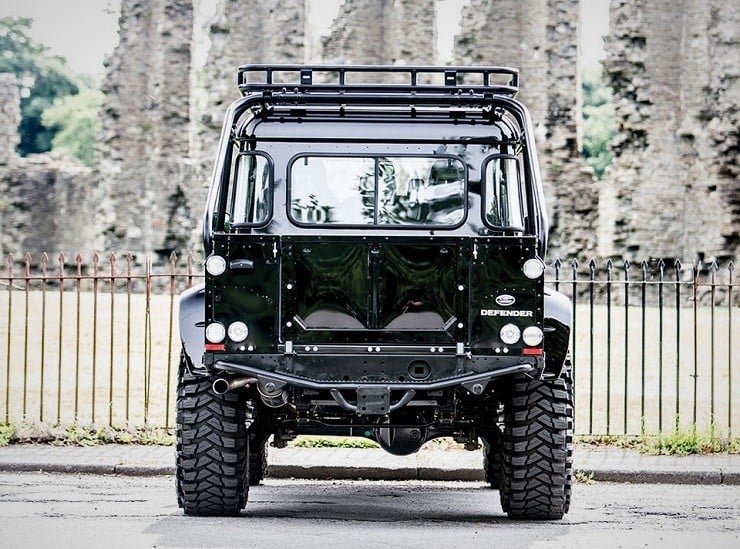 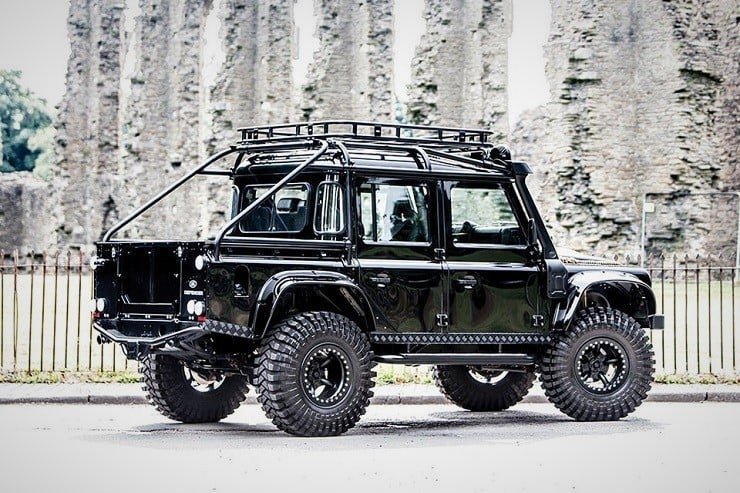 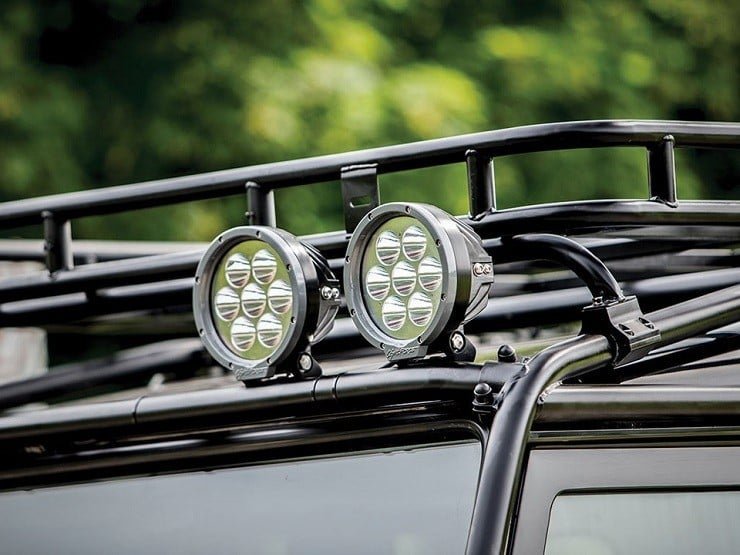 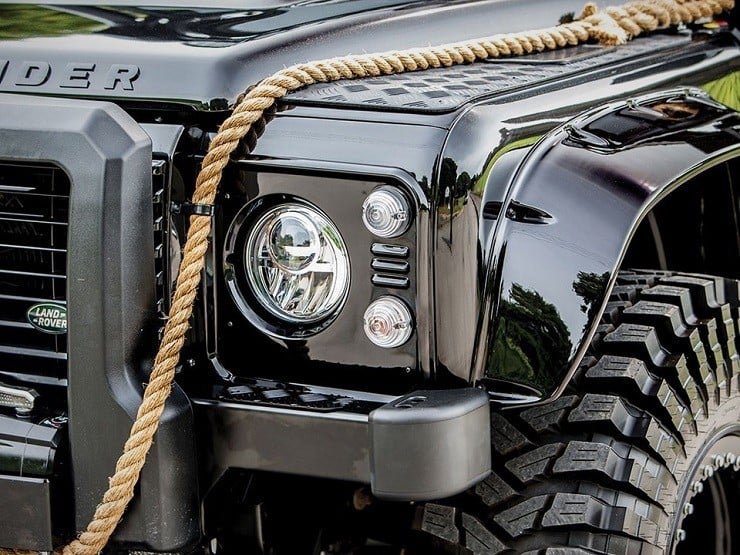 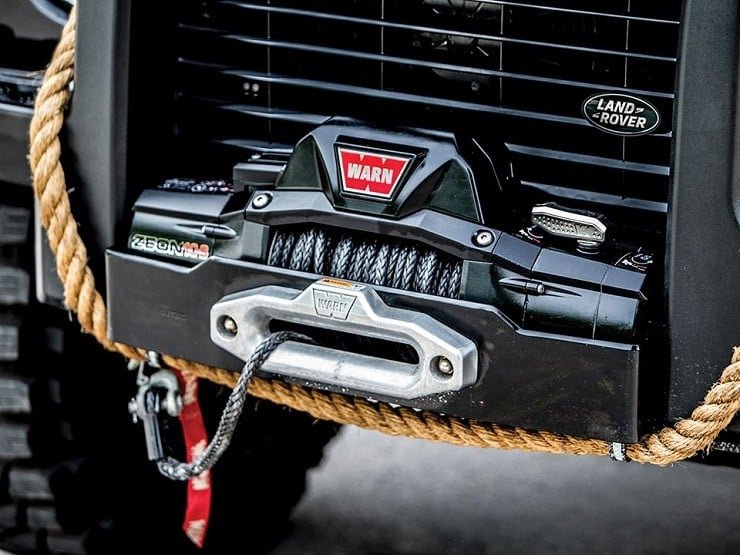 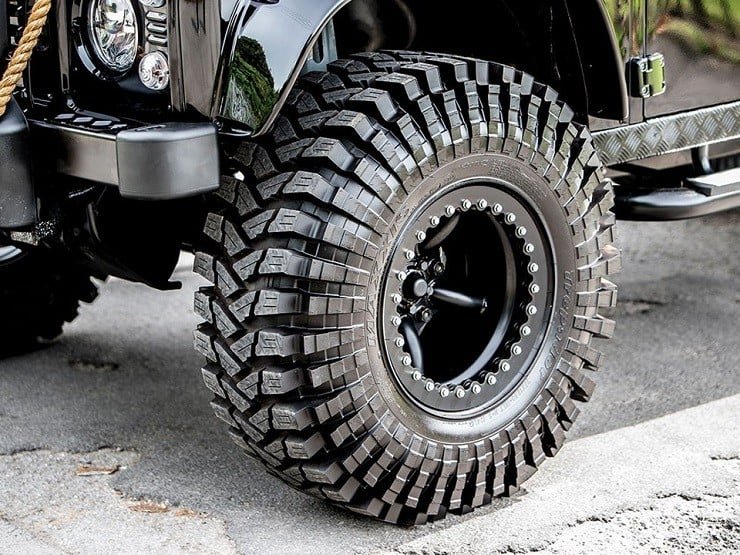 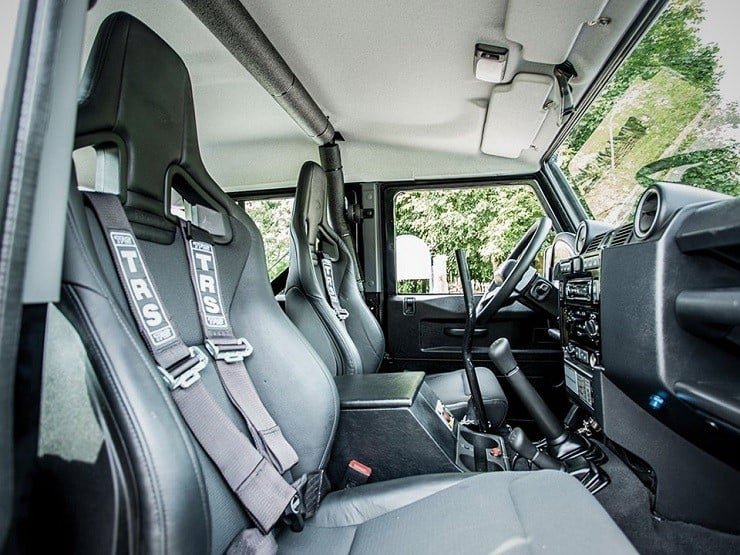 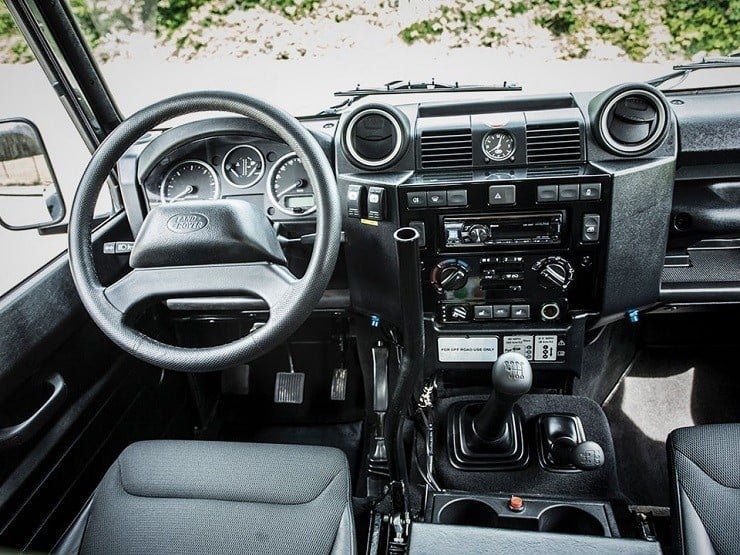 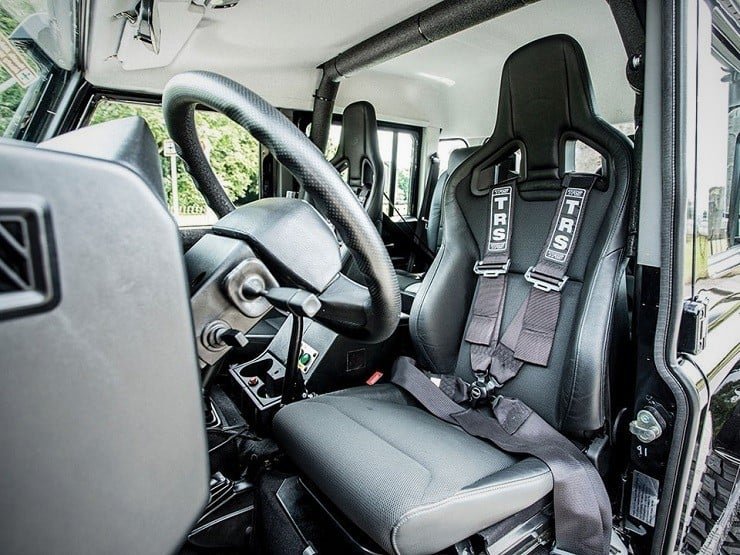