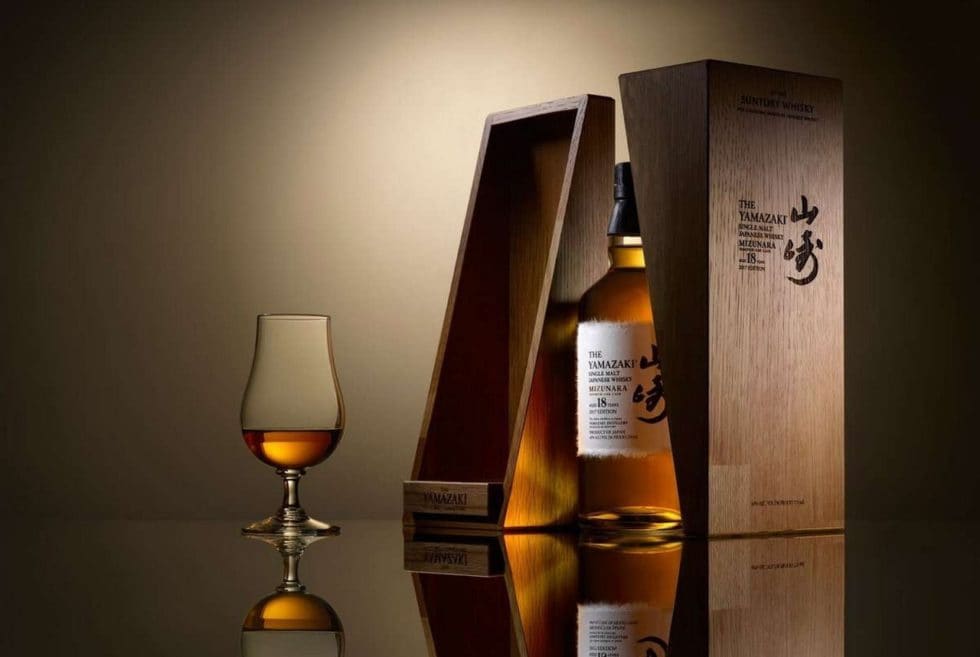 Connoisseurs of fine whiskeys know that Japan’s oldest whiskey distillery, Suntory, has risen to take its place in the 20th Century alongside the great houses of Ireland, Kentucky, and Tennessee. The 2017 Yamazaki Mizunara Cask Edition glorifies the “Tsukuriwake” (art of diversity) techniques that have grown their legend over the past three generations.

Part of the secret to this extraordinary whiskey is the wood used for their casks. Native Mizunara (water oak) wood is not easy to work but, due to its permeable nature, allows the whiskey to take on unique flavor notes. Another feature of this rare cask wood is its ability to allow the liquor to mature indefinitely.

The 2017 Yamazaki Mizunara Cask Edition has been aged 18 years and is being presented at 96 proof (48% ABV) in a 750ml bottle. The labels are 100% handcrafted from mulberry Echizen paper using an ancient Japanese paper making technique and the presentation boxes are created from the same Mizunara wood the whiskey was aged in.

Each Highland Park 50 Year Old is presented in a hand-made walnut box crafted by John Galvin – a furniture designer and artist -- with a display stand, crystal decanter, and leather-bound book.

Three Spirit The Collection: Tasty Alcohol-Free Beverages To Give Your Liver A Break

The bundle features a trio of signature blends from Three Spirit and they call it botanical alchemy as it says on the bottle’s label.

The Emerald Isle Collection goes beyond whiskey and even includes in two Cohiba Siglo VI Grand Reserva cigars with a gold-plated cigar cutter.

The Peanut Butter Yeti is a variant of the regular imperial stout with the bold signature taste of the brew but made even better with the additional flavor.

According to 5Nines, the whisky goes straight from the cask into the bottles. The ABV rating is at 57.8% as there is no dilution, flocking, or chill filtering.