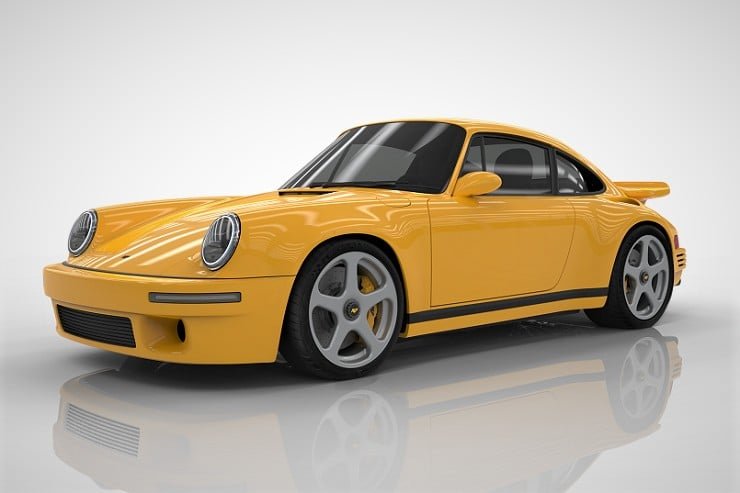 Don’t get fooled by its toy car looks, the 2017 RUF CTR Yellow Bird ($TBA) is a true beast underneath this pretty package! Inspired by the iconic 1987 model, the one that topped out at 213 mph (making it the fastest sports car in the world in those times – quicker than a Ferrari F40), the new Bird packs more punch than many other modern supercars.

Unlike the original which was based on a Carrera 911, the new version has its own bespoke design created with a carbon fiber monocoque chassis and body panels, even the seats are made of carbon fiber. Only the crash structure and roll cage are non-composite steel, keeping the total curb weight down to only 2,640 lbs. Despite the lightweight body, this rocket packs a twin turbo flat 6 cylinder engine mounted behind the tires in the rear. It can pump out 710 hp with 649 ft-lbs of torque, it does the 0-62 mph in 3.5 seconds and tops out around 225 mph. Even better, this massive power is all at the driver’s control, via a plain ol’ six-speed manual gearbox. There will only be 30 of the new Yellow Birds produced so get in line quickly. 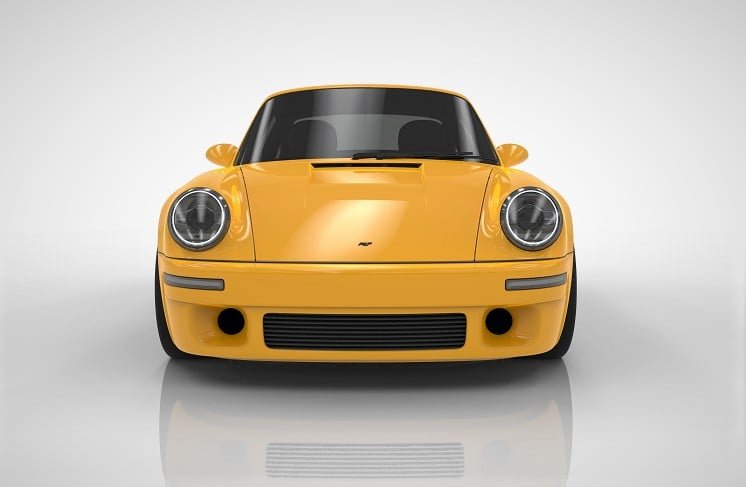 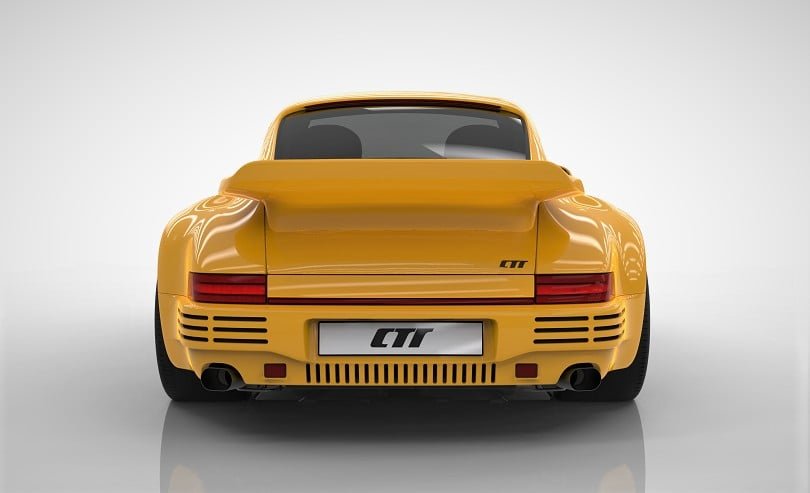 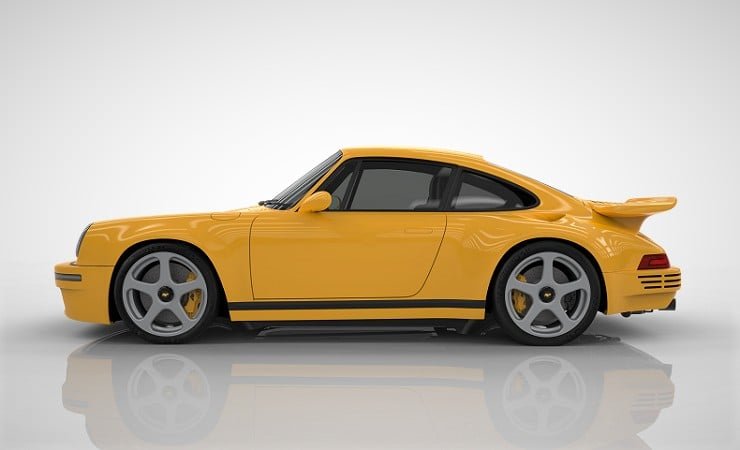 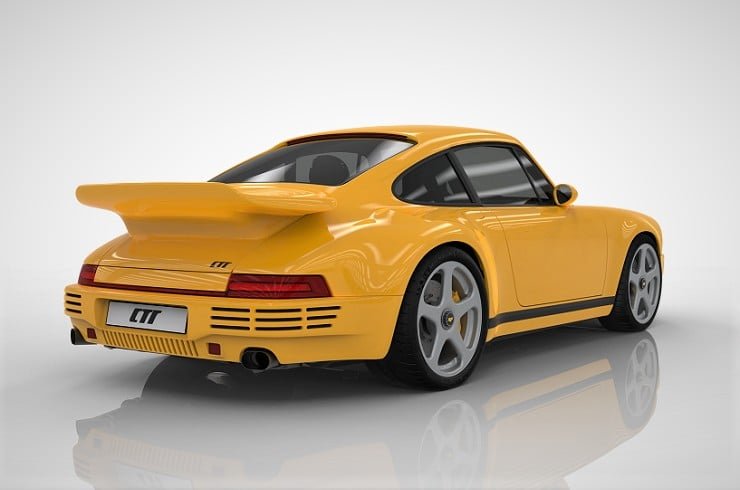 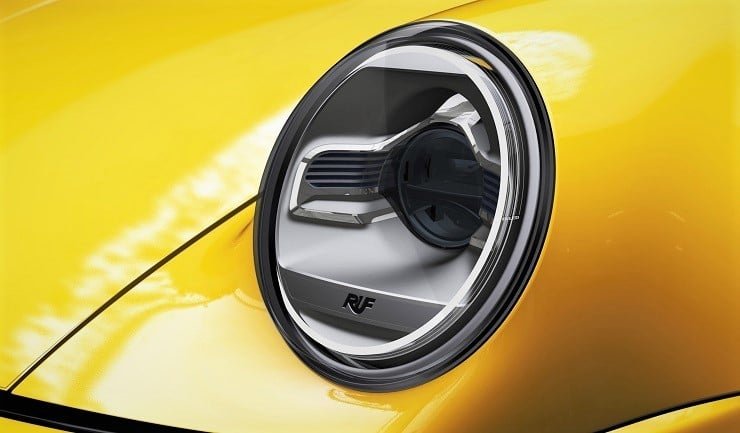 The BRABUS 900 Rocket Edition is decked with a multi-tone interior of black, gray, and red elements. Leather and plush Alcantara wrap almost all surfaces of its cabin.