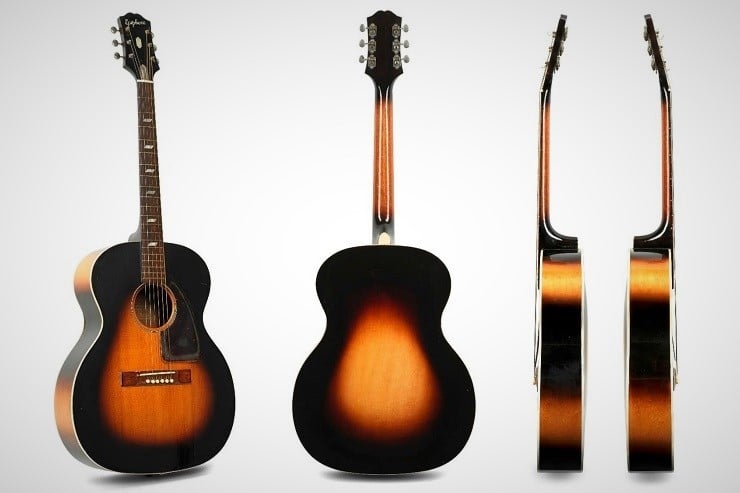 A piece of Rock n Roll history is coming to Bonhams of London in December.  Up for auction is Jimi Hendrix’s Epiphone FT 79 Acoustic Guitar ($Auction), one of the great musician’s favorite guitars.

The rock legend first acquired this used 1951 Epiphone FT 79 acoustic guitar (serial number 62262) for $25, in New York after his first US tour.  He took it back to his Upper Berkley Street flat where his girlfriend Kathy Etchingham says it became his favorite daily use instrument.  He needed an acoustic for checking out the riffs in his head because he had previously been evicted from his Montagu Square digs for practicing with an electric guitar and amplifier.

The instrument itself has a spruce top and maple sides with a tobacco sunburst finish and tortoiseshell scratchplate.  The neck has a 20 fret rosewood fingerboard, chrome truss-rod with machine heads and is strung for left-handed play.

Hendrix owned this Epiphone for nearly three years which is longer that any other instrument he possessed.  There are many pictures of Jimi with this guitar before he gave it to Blue Mink guitarist Alan Parker in 1970.  Jimi may be gone but you can still experience one of the tools he used to forge his legend.  Expected to fetch $100K-$150K. 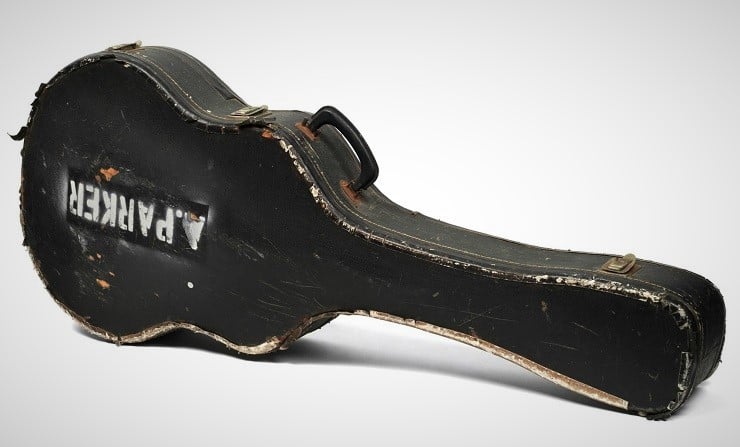 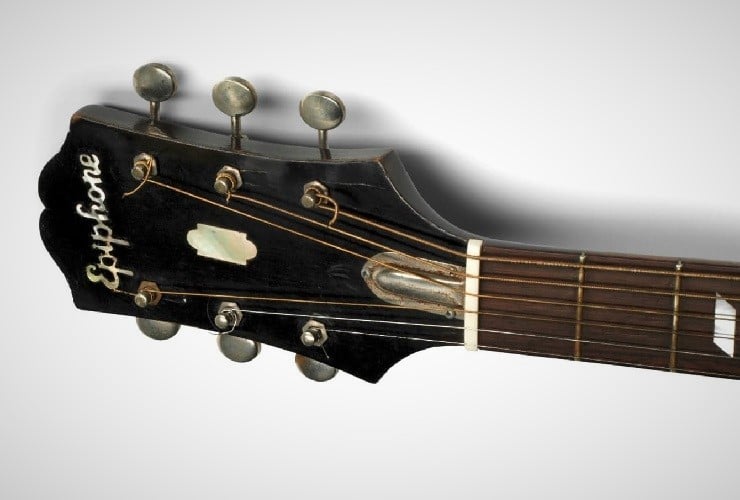 The Slice 10562 Folding Utility Knife features a rounded ceramic sharp blade and ergonomic ambidextrous handle for safe and long-lasting use.

The Harber London Card Wallet With RFID Protection boasts a slim profile yet efficient carrying capacity of 12 cards safely away from data theft.

For those who consider themselves as audiophiles, Bowers & Wilkins introduces its 603 S2 Anniversary Edition speaker system.

The Bebird X17 Pro lets you thoroughly and safely clean your ear using WiFi and a camera lens that spots even the tiniest flake or dirt inside your ear.

The Bellroy Apex Backpack Is Water-Resistant And Versatile

The Bellroy Apex Backpack provides versatility in access and adapts to multiple tasks and conditions. It boasts neat internal organization for clutter-free storage.

The Best Made Co. 15” Toolbox Stores Items With Old-School Style

If you've inherited you're fathers tools, consider storing them in the Best Made Co. 15” Toolbox for an added retro charm.