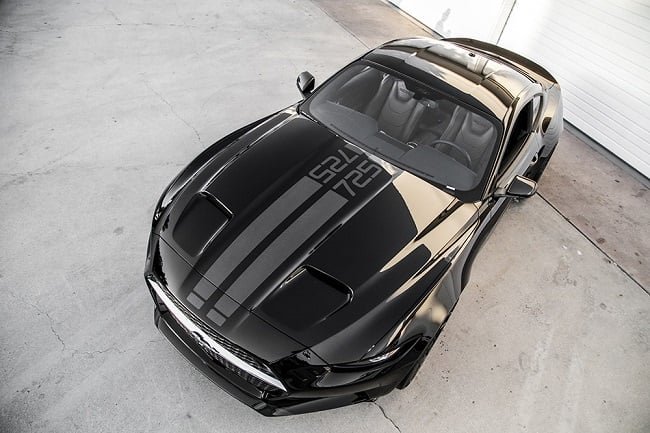 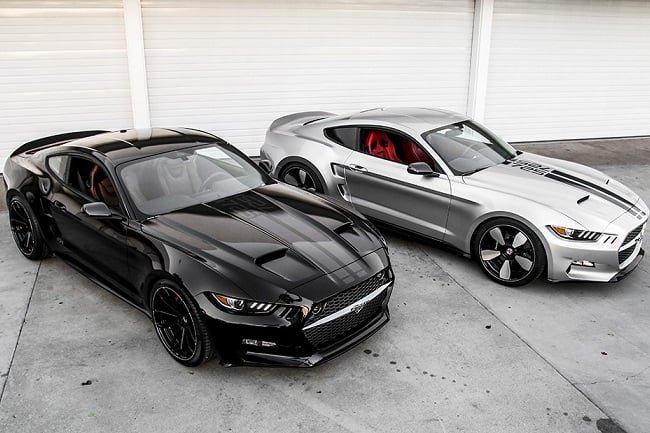 The already aggressive 2015 Ford Mustang GT received some upgrades, by the addition of more horse-power and a bespoke carbon fiber body. The result is dubbed the Fisker-Galpin Ford Mustang Rocket ($TBA). We call it the evil vehicle Darth Vader never got to drive.

Seeking to build the “Ultimate American Muscle Car”, Galpin Auto Sports (the tuning arm of Ford) and legendary automobile designer Henrik Fisker have taken hints from some of the most beloved Mustangs in history (like the 1968 Shelby Mustang GT500) and incorporated them into the Rocket’s bodywork. There’s a new carbon fiber front splitter and rocker panels, new headlights, a meaner rear diffuser, and stealth black 20in alloy wheels wrapped in Pirelli P-Zero rubbers, with 15-inch Brembo Gran Turismo brakes. The exhaust system is also new, coming via Magnaflow, together with a fully adjustable independent suspension system from Steeda. Matching the bad-ass exterior, under the hood is a 5L V8 supercharged engine pumping-out 725hp! The Mustang Rocket’s price is unknown yet, but you should expect to pay around $125,000 for this monster. 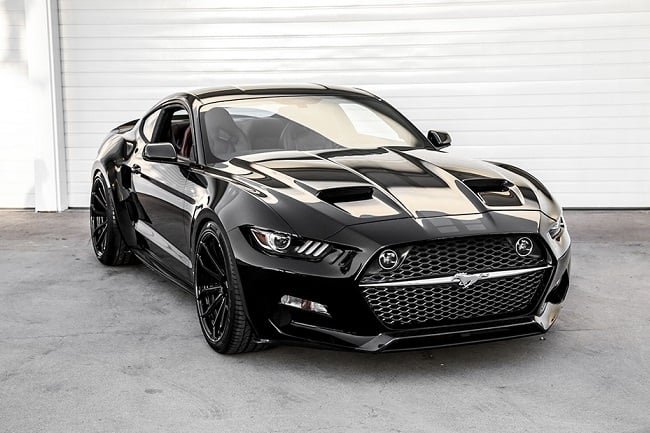 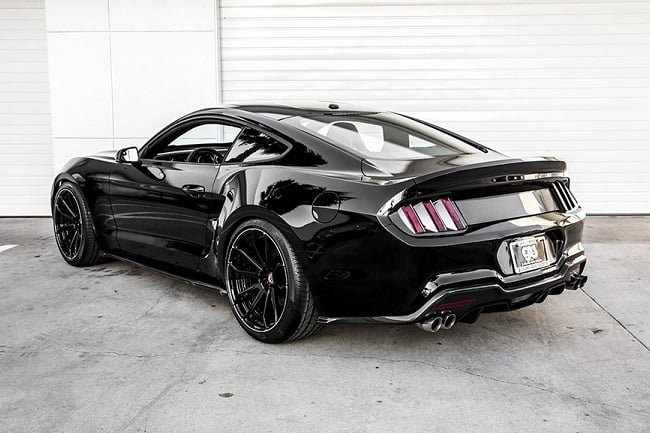 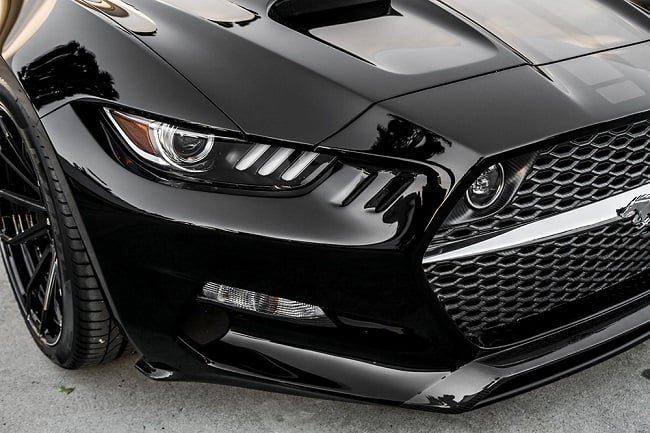 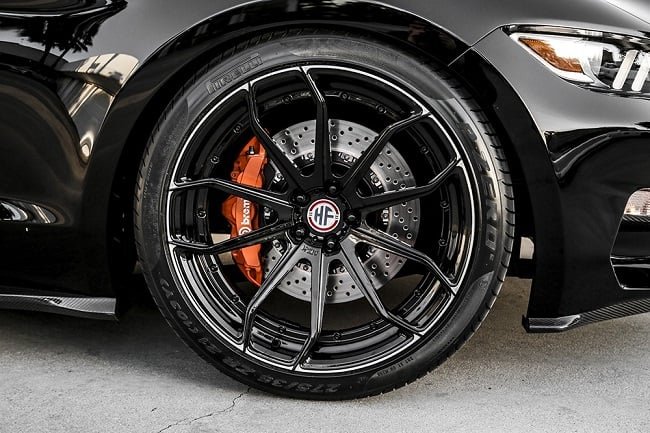 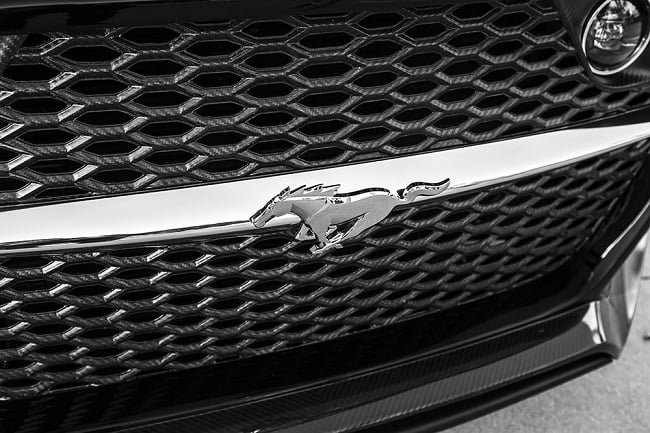 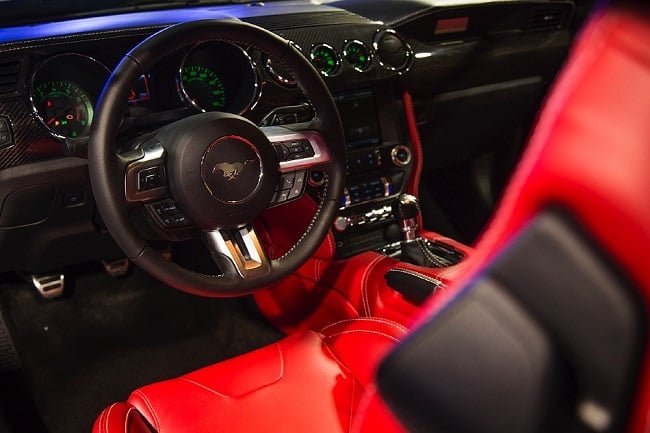 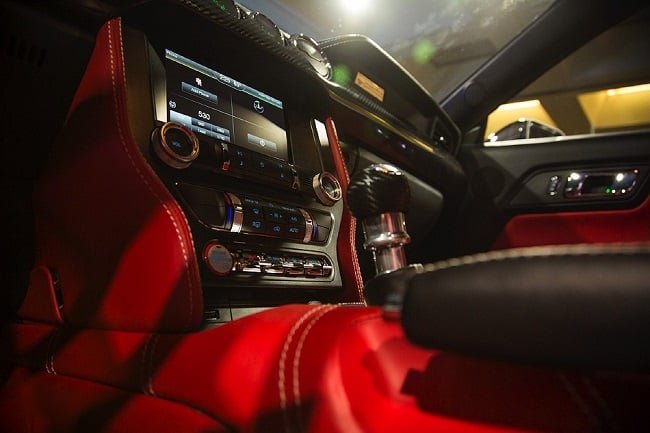 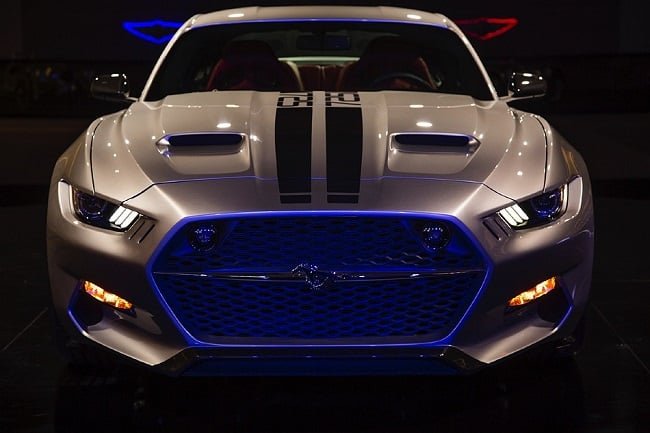 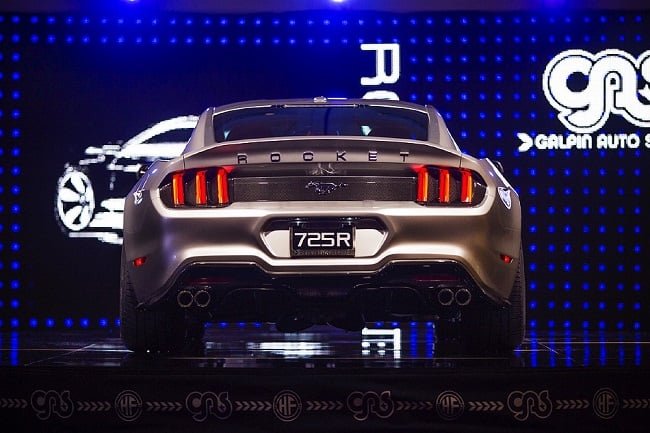