When the first Viper (it was the Dodge Viper then) hit the press in 1991, I was but a naïve 8-year old boy who took one look at its voluptuous lines and radical power and convinced myself it was the greatest feat of engineering in history, and surely the fastest car ever. Of course I was wrong on both counts as the Viper was actually a brute driving force that exuded speed but not much finesse.
Over the years Dodge has refined the Viper without ever destroying the fact that the original car from conception has been bags of fun and ferociously fast. The latest model has lost the Dodge and is now known as the SRT Viper, and it is typical of the range in that it will tear up the road and deliver a fair amount of speed.
Dodge is back with the latest Viper, the 2014 SRT Viper TA ($TBA) which takes the Viper road car up a notch by making it a road legal track car. To make this a beast while zipping around winding race tracks and down long straights Dodge has upgraded the suspension by firming up the damping and retuning the shock springs and stabilizer bars. There is also a carbon fiber X-brace and enhanced Bembo brakes.
Of course no track car is worth its salt without an aerodynamic package that will let it hug the bends, and the SRT Viper TA does not disappoint. Carbon fiber front splitters and a rear spoiler make this a slippery beast, while the 8.4L aluminum V10 producing 640hp should be enough to tame even the most demanding of circuits. If you fancy a piece of the 2014 SRT Viper TA then you had better be quick as only 33 examples will be made. 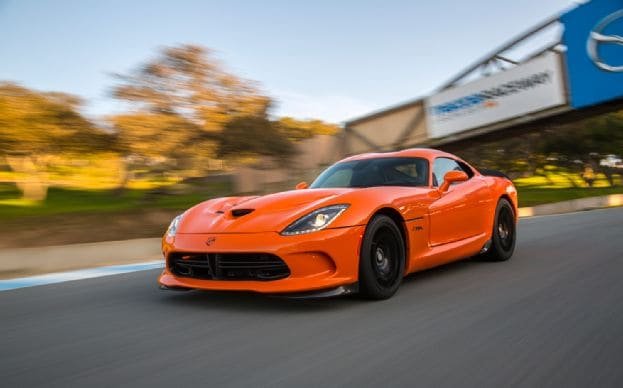 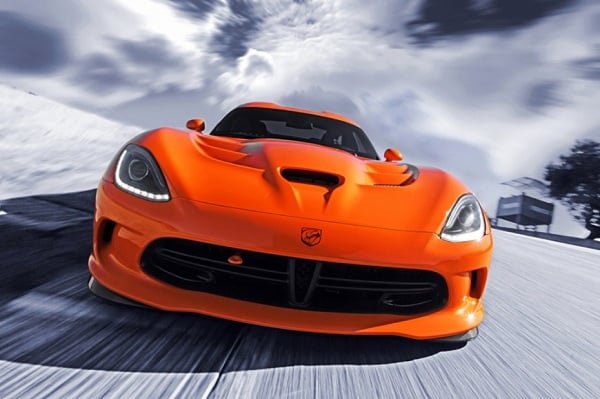 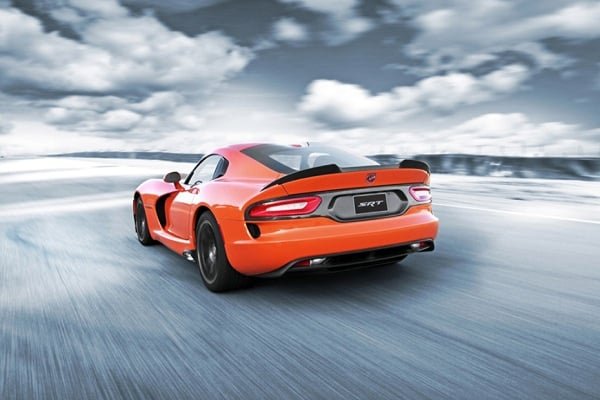