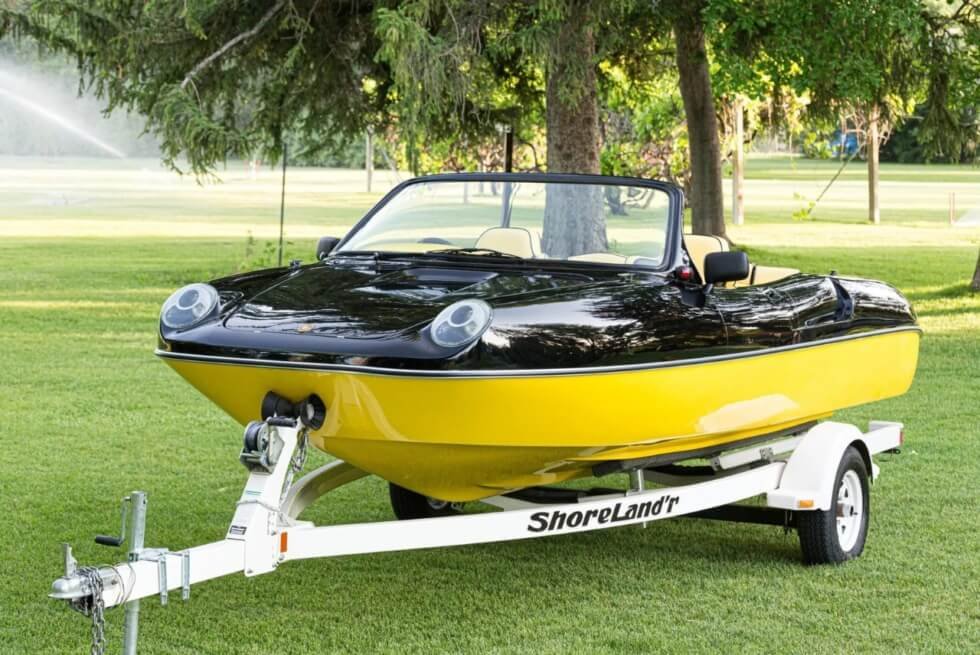 Generally, Bring A Trailer should be your go-to source for classic rides. However, the auction house occasionally offers unique machines, you won’t find anywhere else. A quick peek at their catalog reveals something awesome for your summer escapades. Why settle for typical recreational boats when you can have this 1995 Craig Craft 168 Boss instead?

We believe Porsche fans should check this out as it offers a sleek watercraft with an automotive spin. The silhouette resembles a 1990s 911 but you can only drive it on water. This 16-foot speedboat sports a two-tone colorway. The deck is finished in gloss black while the hull is in a vibrant yellow, which is sure to turn heads your way.

These include a laminated windshield, headlights, side mirrors, taillights, fenders, and taillights. Then there’s the classy interior which matches the 1995 Craig Craft 168 Boss exterior with its yellow and black trims. A Boss stereo head unit with Kenwood speakers is your means of entertainment.

Its cockpit can seat up to four with cupholders for your drinks on the center console and rear armrests. In front of the driver’s seat is a three-spoke steering wheel. Dashboard instruments include a speedometer, fuel gauge, temperature, and more. The 1995 Craig Craft 168 Boss comes with a single-axle Shore Land’r trailer for owners to haul it along on. It rides on steel wheels shod in 175/80 Hi-Run LQ229 tires.