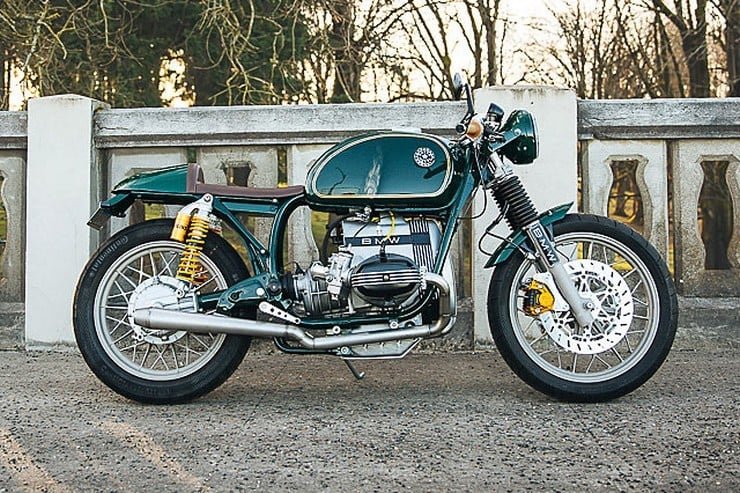 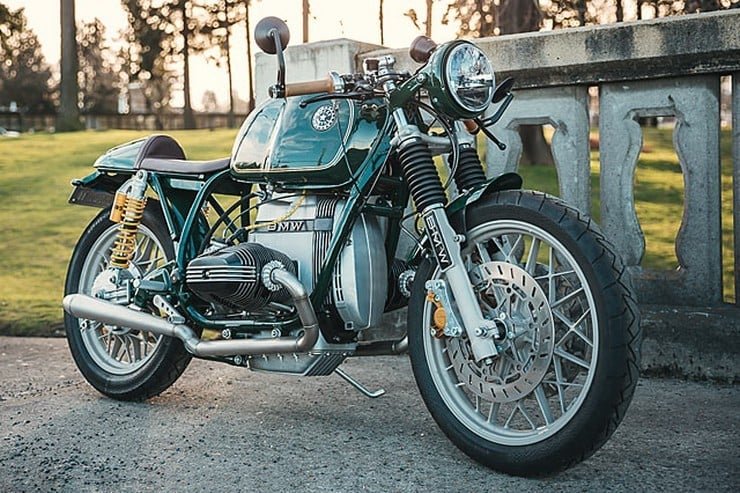 Chris and Rebecca Canterbury of Chico, California’s Boxer Metal Motorcycle Shop love a challenge to test their skills. One client wanted a cafe racer that could double as a world-class touring bike, carry luggage, and fit the rider who is rather short. After some deliberation a ‘Weiss & Grun’ BMW 1982 R100T was selected for the job.

The frame was narrowed and a custom rear hoop was built. The tank also got the thinning treatment and a flip-style gas cap. A Boxer Metal big-brake kit was installed along with custom fork springs, while a custom stainless steel 2 into 2 gas removal system was also fitted. Motogadget electronics were chosen to run the Euro Moto Electrical setup, speedo, and new LED lighting.

The problem of creating a bike for touring that could also carry luggage was solved by making two separate seats that can be switched out along wit quick-release saddlebag mounts. The sleek ride was then topped off with a British Racing Green paint job for a final touch of class. 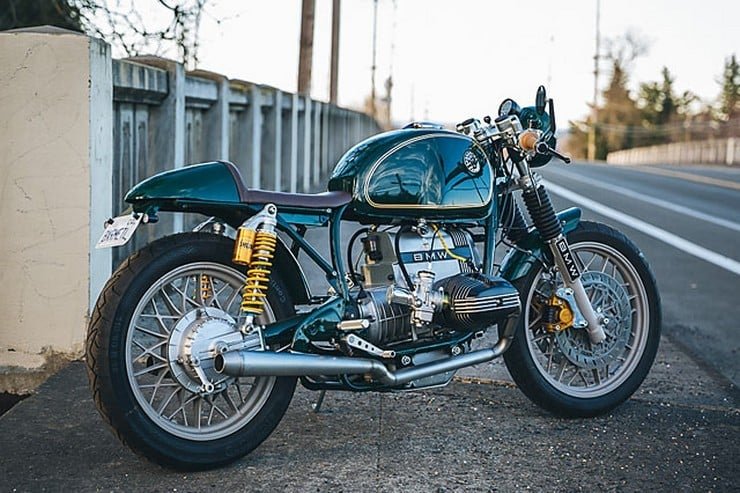 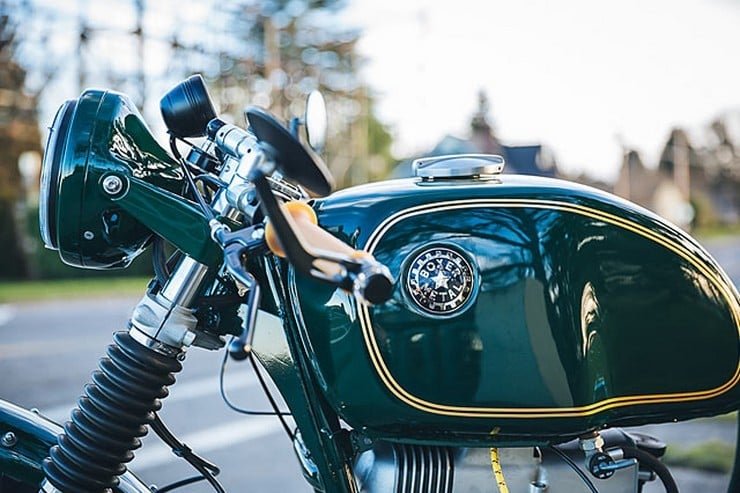 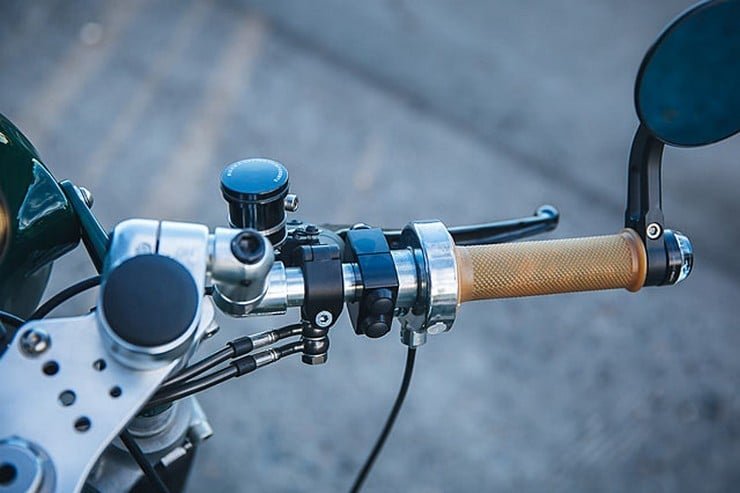 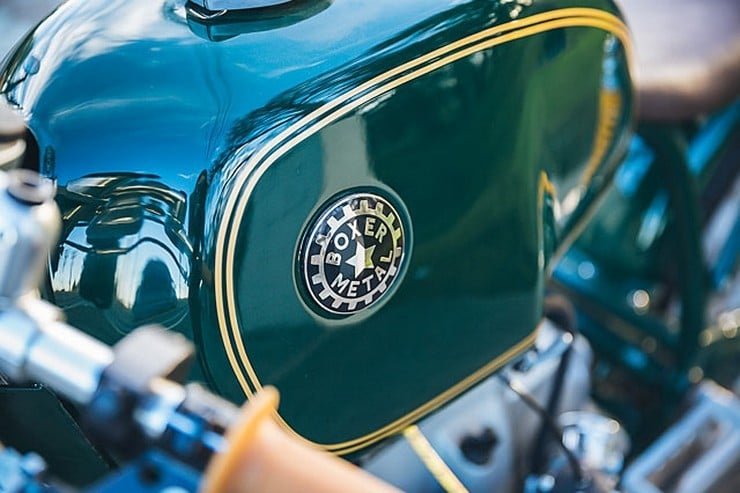 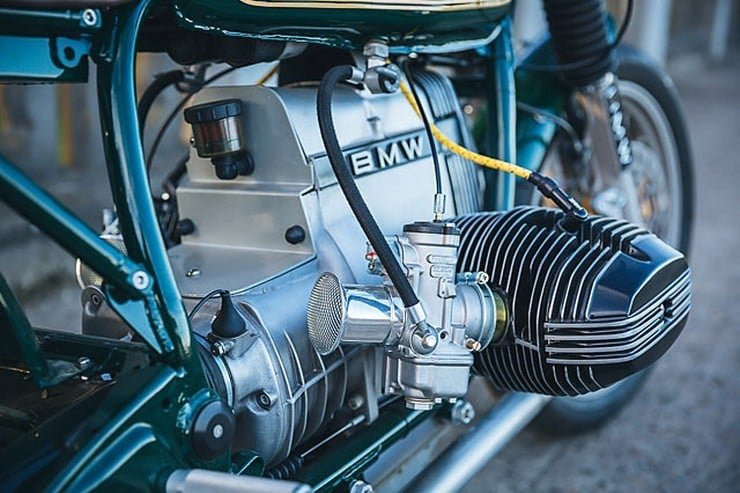 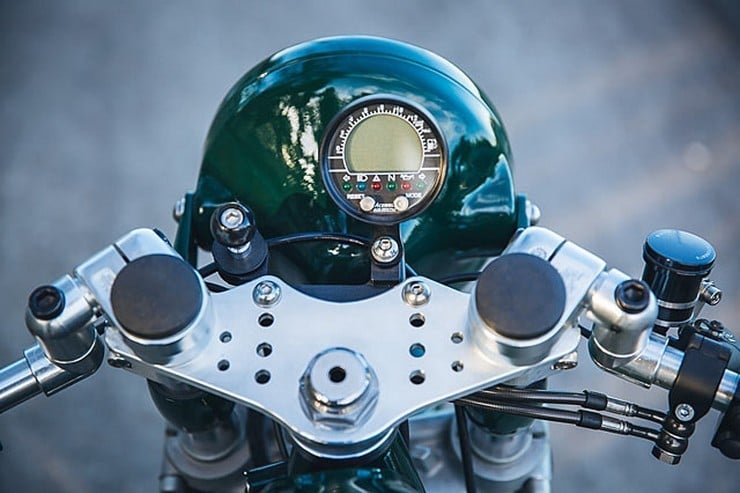 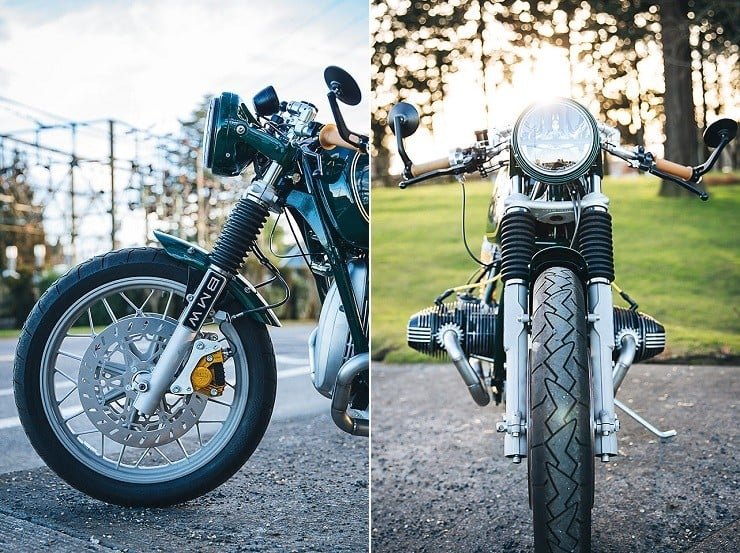