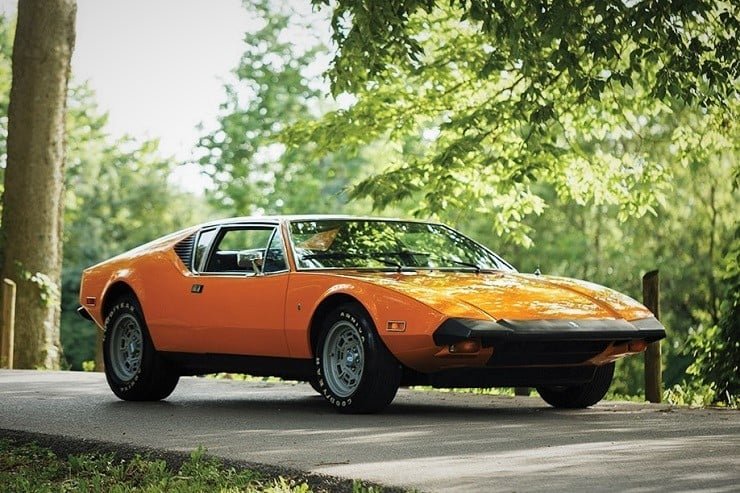 In the early 1970’s, the luxury Italian sportscar to have was the De Tomaso Pantera. It was cutting edge technology then, with a mid-mounted Ford 351 cubic-inch V8 engine and 5-speed ZF transmission. The upgraded ‘L’ series that began in 1972 featured a steel unibody design for increased rigidity and weight reduction. American Tom Tjaarda, working at the Italian design firm Ghia was responsible for the sleek styling of the Pantera body.

The 1974 De Tomaso Pantera L ($Auction) shown here has the distinction of being the very last Pantera imported to the United States as increasingly stringent emissions restrictions would have required a total redesign. Originally built for Ford collector Floyd Moore, he specified such details as the custom Pantera Orange paint, four-wheel power disc brakes, air conditioning, tinted glass, and magnesium wheels. Throughout its life, it has been meticulously preserved and features less than 17,0000 miles and sits on the original Goodyear Arriva tires.

This historic vehicle will be seeking a new owner at the Monterey Auctions this Saturday. It is being offered by RM Sotheby’s and is expected to go for an amazingly reasonable $125,000 to $175,000 for such a well-known and respected unique vehicle. 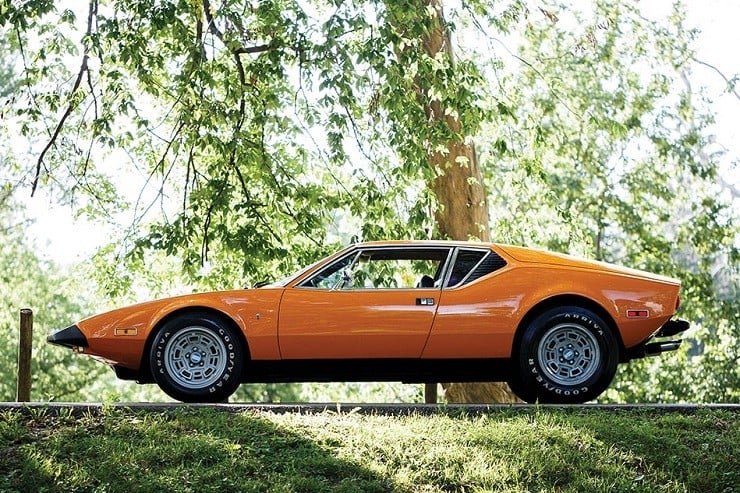 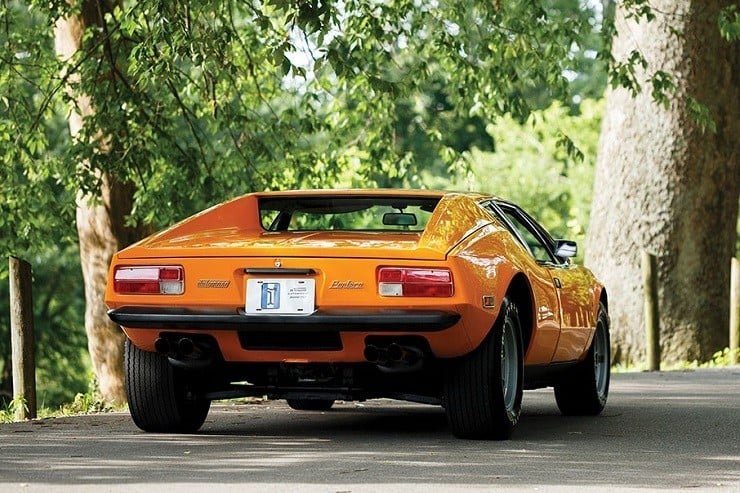 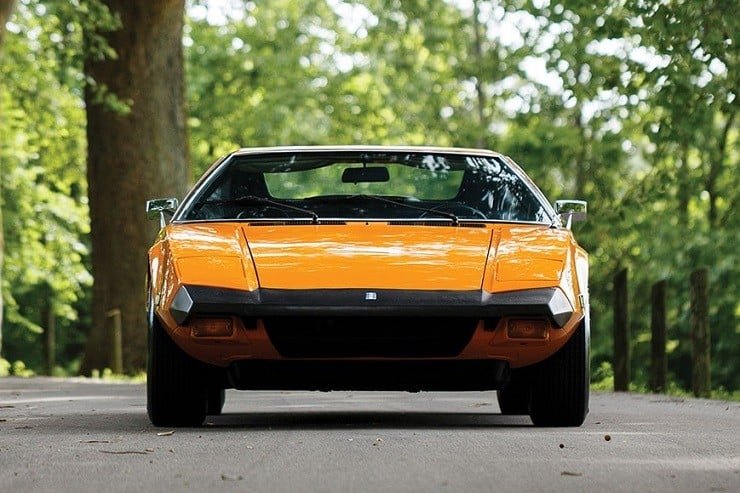 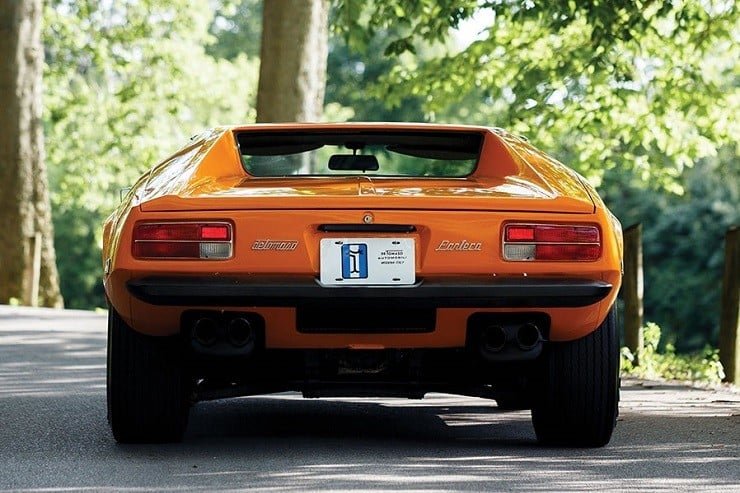 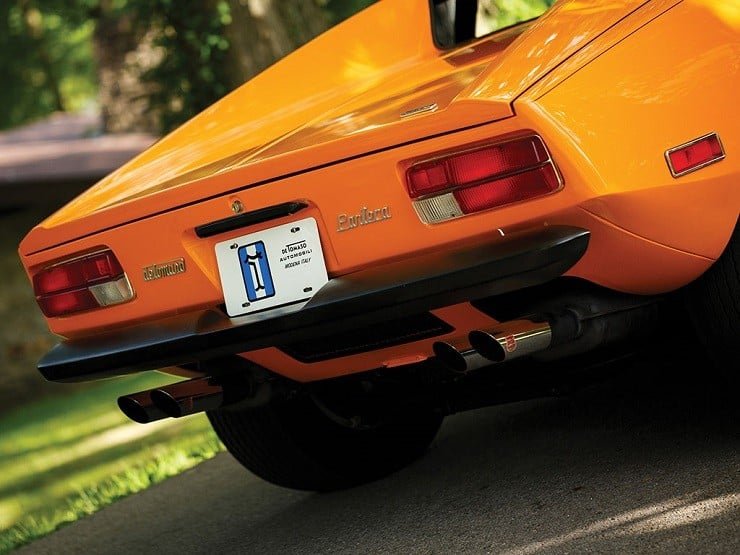 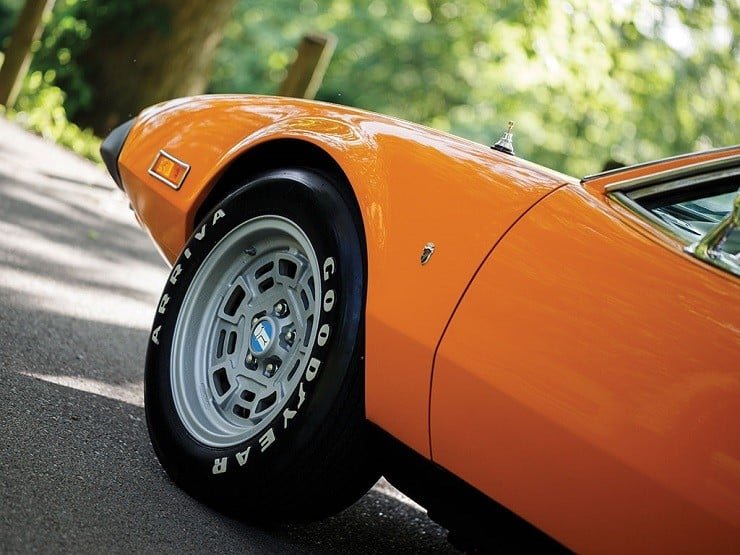 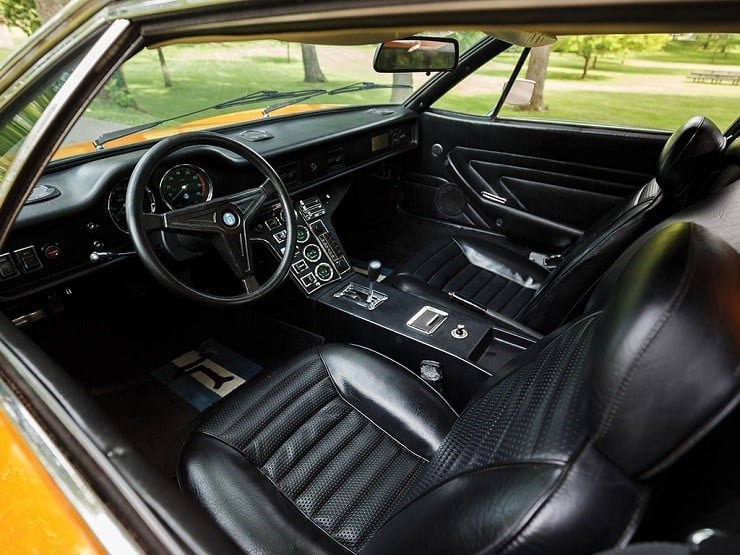 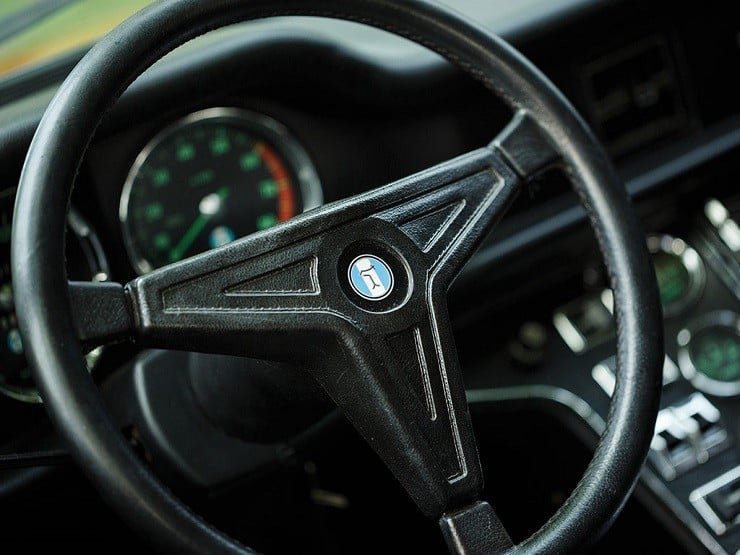 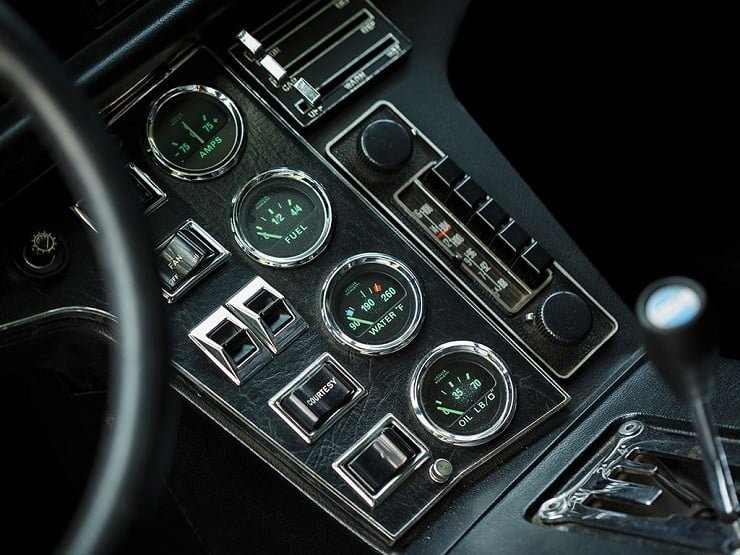 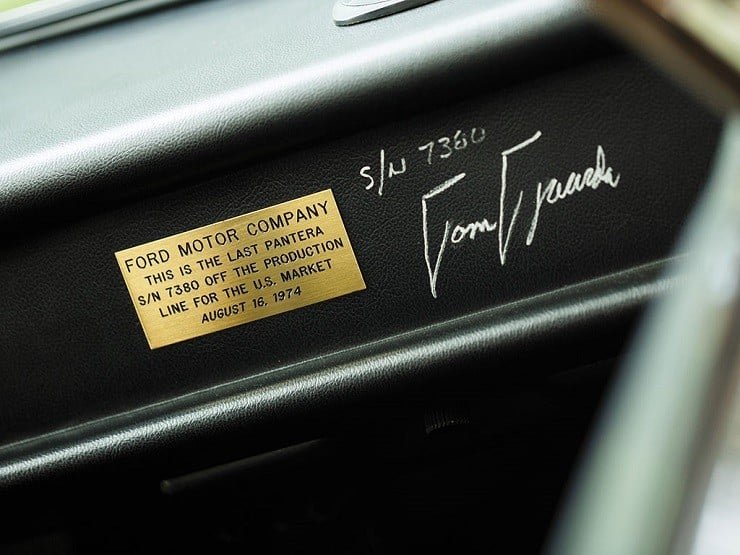 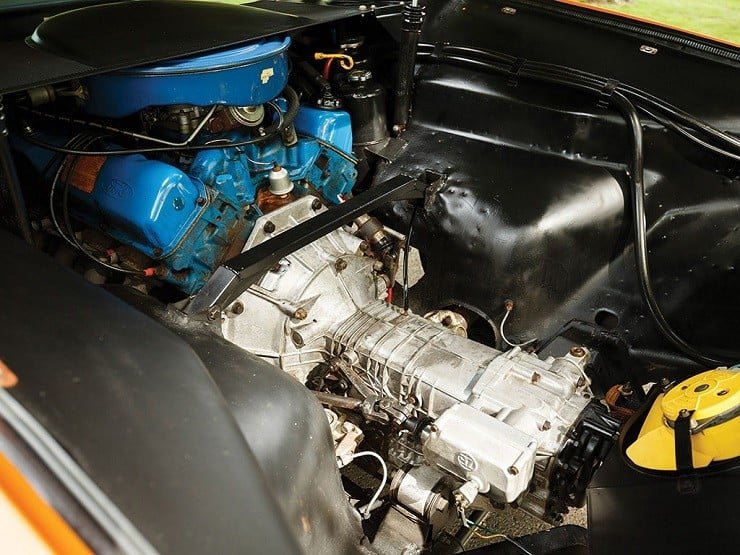 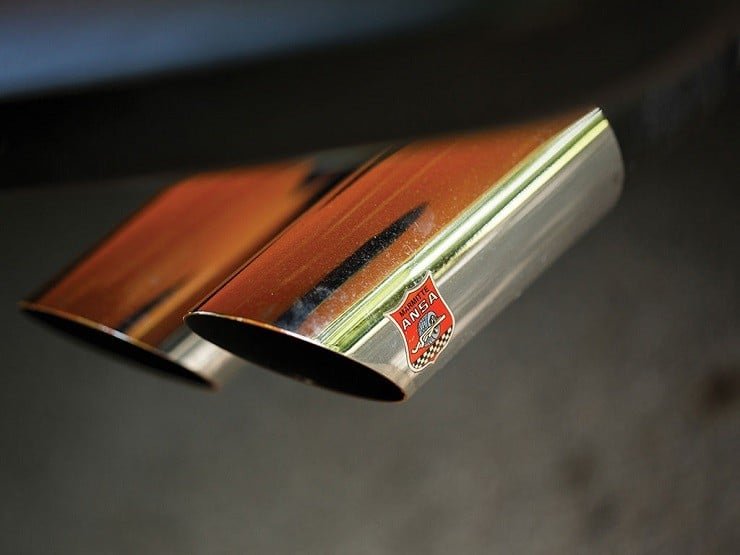 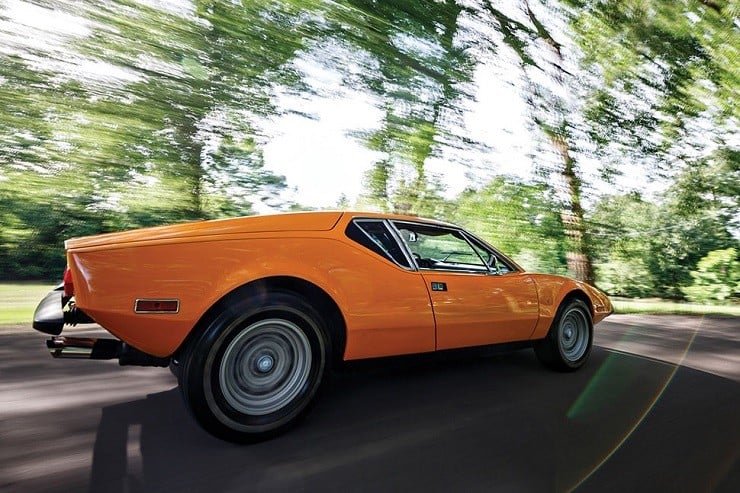 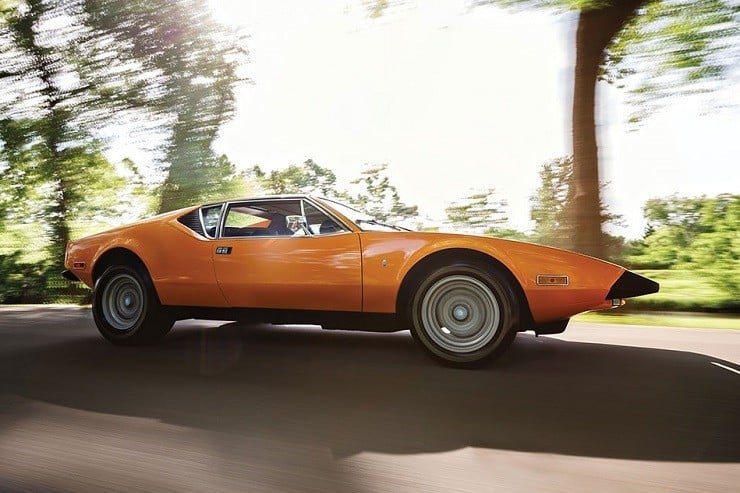