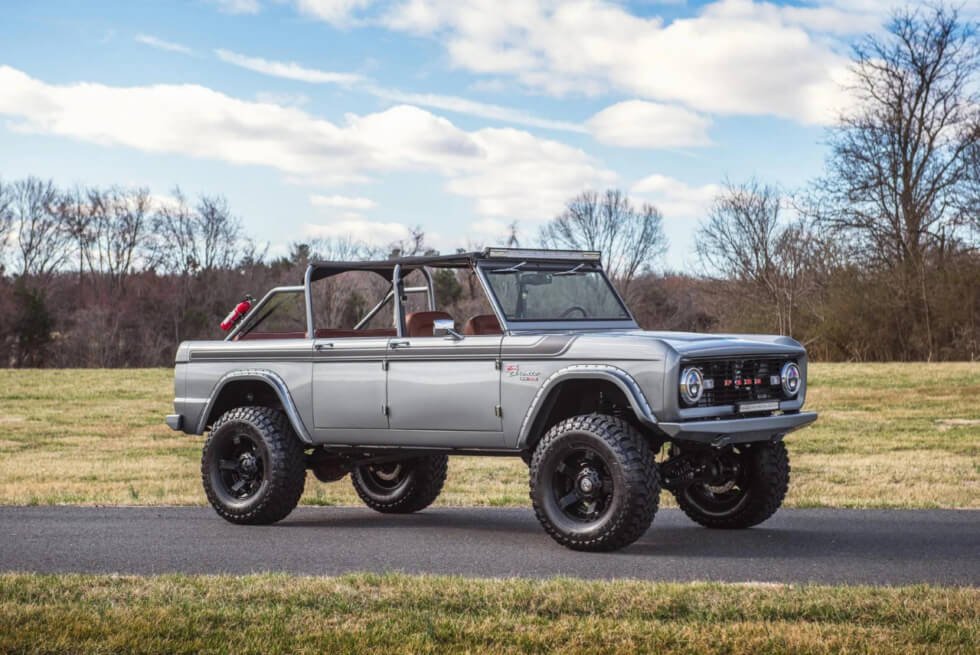 While almost everyone is still swept up by the hype with the new Ford Bronco, others prefer the classics. As you all know, when it comes to retro rides Bring A Trailer is a trustworthy go-to establishment. Hence, they’re more than happy to cater to the latter’s needs with this 1969 Ford Bronco Four Door.

Its journey started out in Florida where the original vehicle underwent a bit of restoration and some modifications. It then made its way to Virginia in 2021 and is now on auction courtesy of Bring A Trailer. The exterior is finished in silver with black stripes that run along the hood and to the sides.

This 1969 Ford Bronco Four Door holds a 5.0-liter Coyote V8 mated to a 6R80 six-speed automatic transmission. The listing does not specify, but the stock engine should deliver around 460 horsepower and 420 lb-ft of torque. These numbers make this truck a reliable hauler or recreational machine.

The spec sheet also lists a 9” 3.50:1 Detroit Truetrac limited-slip differential on the rear. On the other end is a 3.50:1 front axle with a Yukon Grizzly locking differential. Other notable add-ons on this 1969 Ford Bronco Four Door include a 3.5-inch lift kit, a Dana 20 dual-range transfer case, a dual-exit exhaust system, and MagnaFlow mufflers, among others.

It may be old-school, but it does come with some modern upgrades. There’s a rear-facing camera, LED lighting, power-folding running boards, a head unit with Bluetooth and satellite radio support, and aftermarket speakers. Finally, the interior shows the seat and door panels in saddle vinyl upholstery. As of this writing, the bidding for this 1969 Ford Bronco Four Door is already at $186,000.