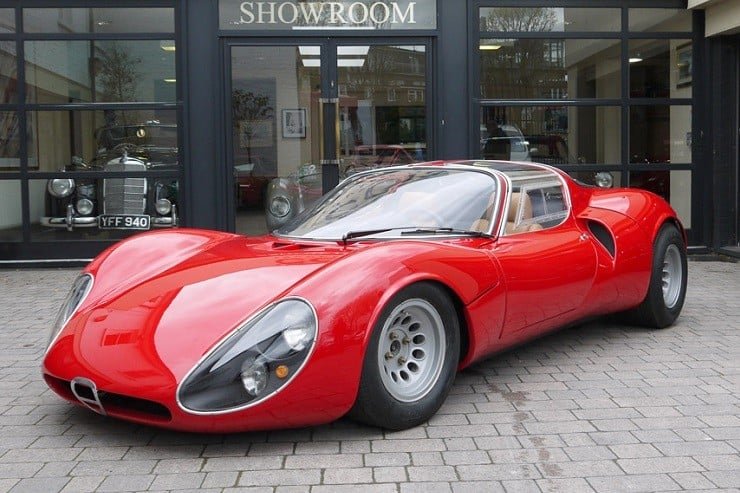 One of the rarest, most beautiful cars in the world can now be yours for around $10 million dollars. This 1967 Alfa Romeo Tipo 33 Stradale Continuation ($Auction) is one of only 18 examples ever produced, and also the first production vehicle to sport butterfly doors – a feature that was copied by the McLaren F1 many years later.

The street legal supercar has an aluminium body on aluminium tubular chassis, and it’s powered by a 230 bhp 2-litre V8 aluminum engine with twin overhead camshafts and SPICA fuel injection, coupled to a Colotti six gear transmission. Suspension is by double wishbones, Girling disc brakes provide the stopping power, while the cast-aluminium Campagnolo wheels add a nice finishing touch to the red stunner. With contemporaries like the Lamborghini Miura, the De Tomaso Mangusta, or Ferrari Dino, the 33 Stradale belongs to a highly exclusive group of supercars, and it sure looks like a ton of fun to drive. [via] 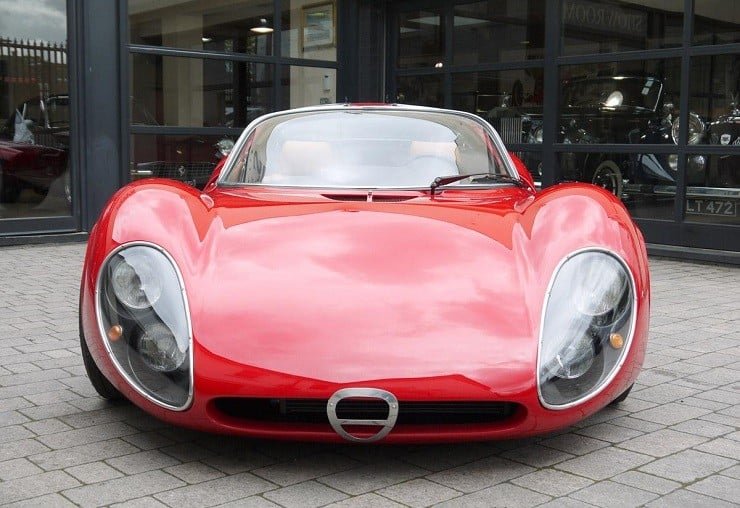 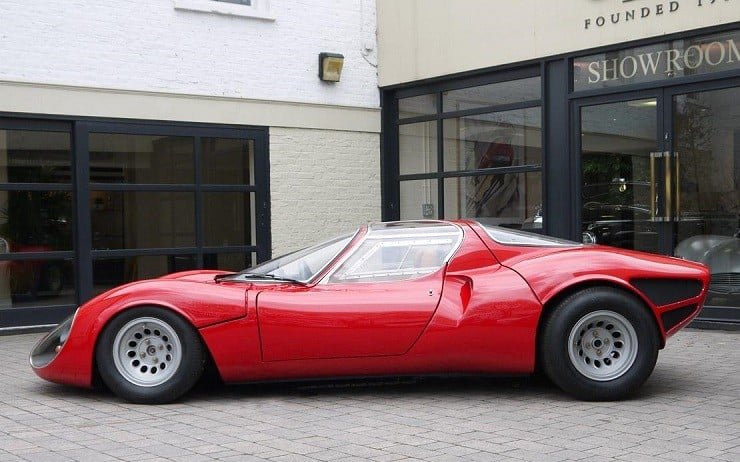 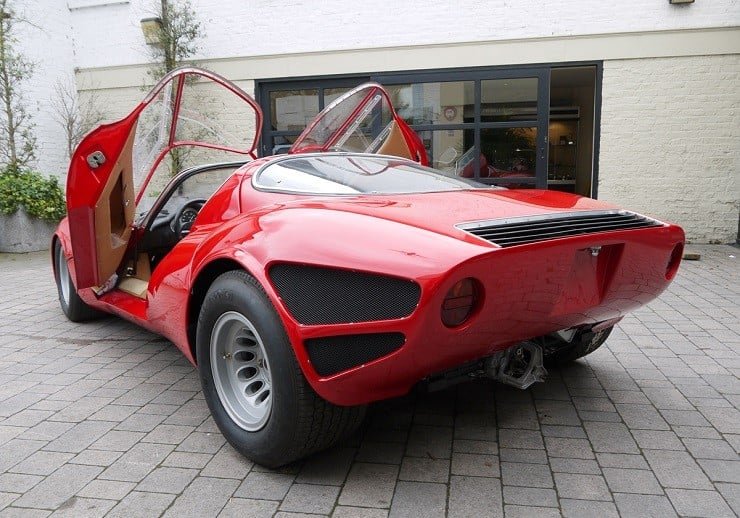 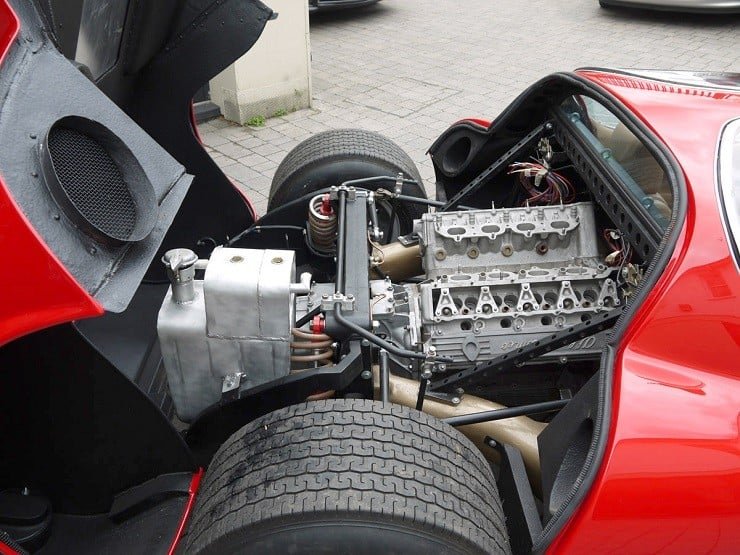 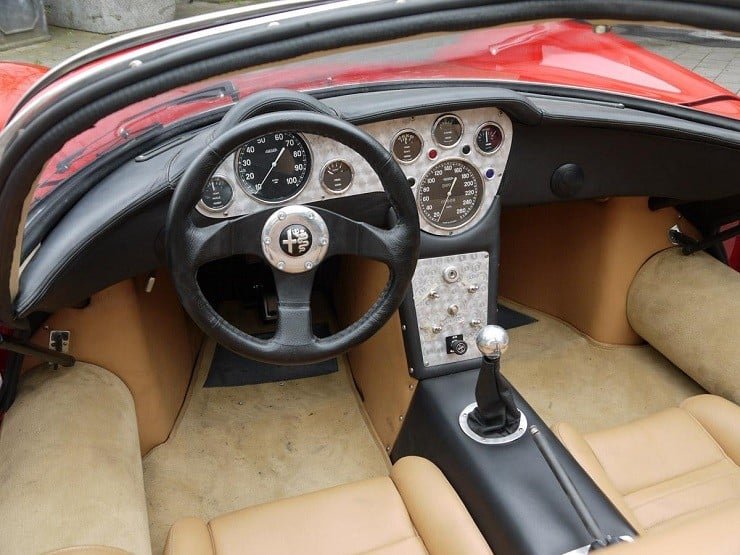