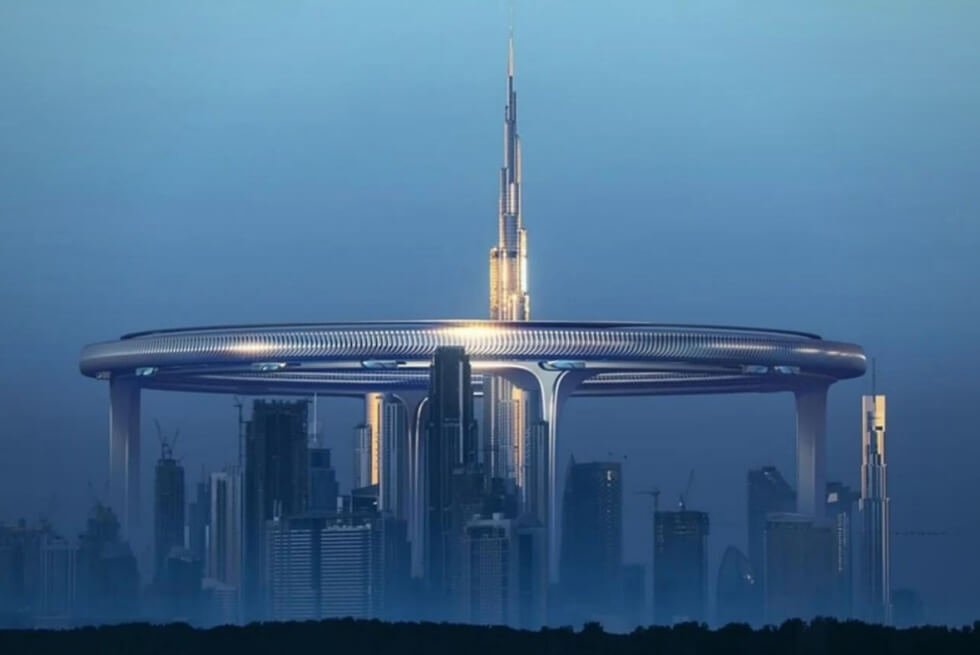 At the rate urban centers are growing, it will only be a matter of time before space runs out. As such, architects are left with no other option but to build skyward. Dubai is one such Emirate in the UAE that has seen spectacular advancements over the years. Now, a designer proposes a project called the Downtown Circle.

As it stands right now, the Burj Khalifa is the most recognizable landmark in the area. Towering over everything else at 2,720 feet, the structure functions as a hotel, but also hosts offices and residences. Instead of rivaling it in height, the Downtown Circle is proposing an elevated ring that spans Downtown Dubai.

It’s a good thing ZN|Era envisions this with a hollow center, otherwise, it would block the sun for the residents down below. The concept building will stand at 1,804 feet, which firmly keeps the Burj Khalifa as the highlight of the skyline. Still, its unique form will turn it into an attraction everybody will flock to visit and see.

Supporting the entire weight of the Downtown Circle are five massive pillars. According to the studio, it’s more than just a sculpture as its volumes will practically function as a standalone city of its own. Given its size, there’s enough room for residences, retail stores, and every else a metropolis needs to function.

Within the circular volume are multi-story levels to optimize the layout. There will be parks, cultural centers, and transportation. The Downtown Circle is a lofty idea indeed given the limitations our current engineering and technology have. Still, it goes to show that there are people who dream big and out of the ordinary. The "Birdie" villa takes the form of a massive bird in flight in the middle of a forest and boasts interiors that can comfortably house a family of three.

Alibi Studio’s Secret Sky Is A Barn Like No Other

The Alibi Studio's Secret Sky highlights the beauty of the changes in light and darkness through a passageway that offers a unique viewing point at the sky.