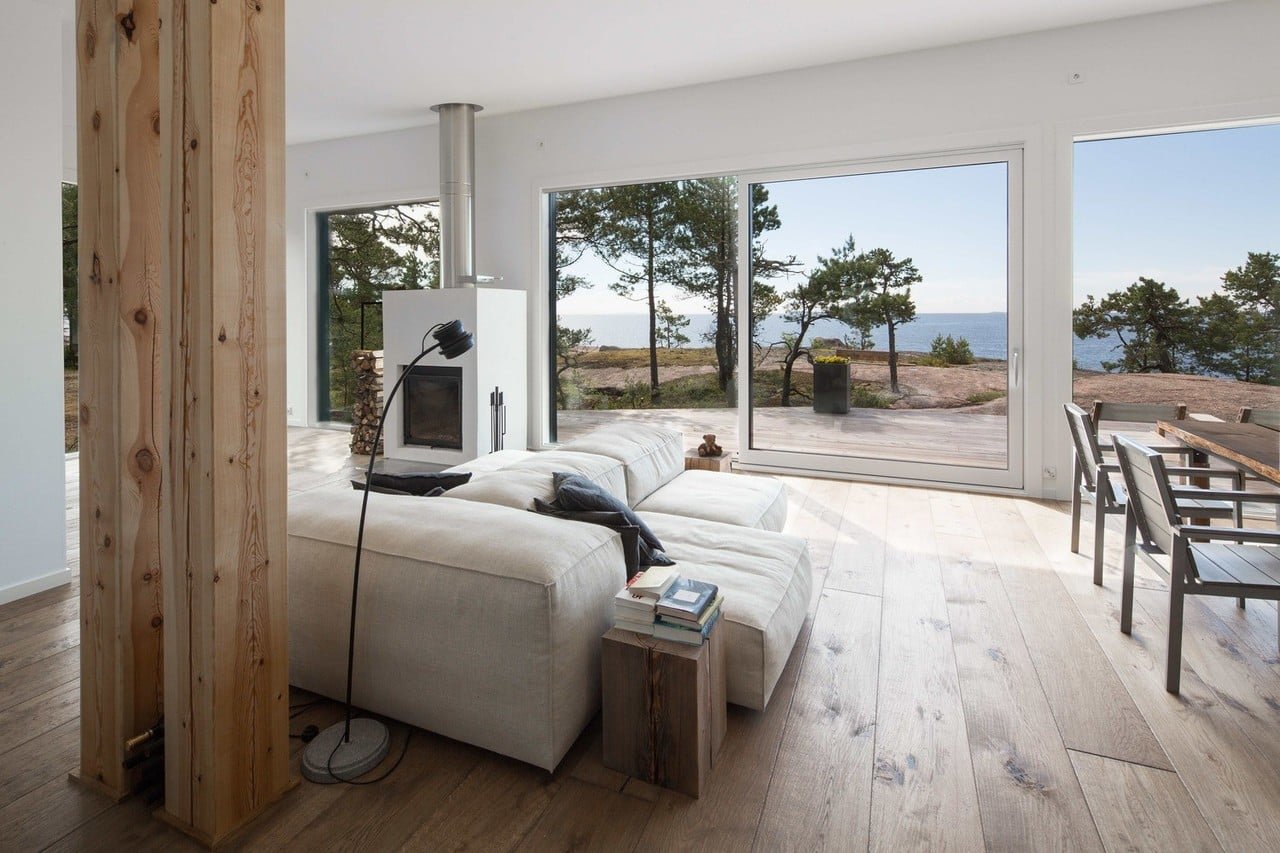 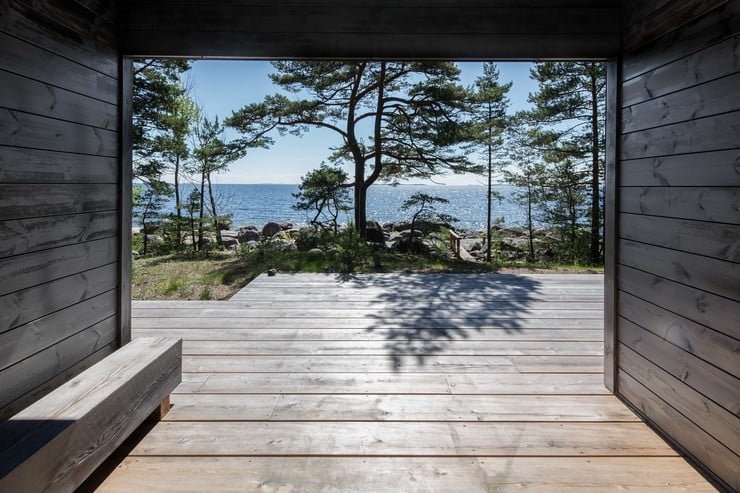 Not everyone is lucky enough to own an entire island to put a summer house on, but one family from Helsinki has done just that and commissioned Finnish architects Pluspuu Oy to bring their dream into being. The island is a mere 13.5 acres in size and is located in the outer Baltic Sea.

With such magnificent views all around, a primary concern was to incorporate the views everywhere possible. To this end the architects used very large and simple windows to showcase the vast seascapes.

The Summer House itself comprises two buildings under a single roof. The primary living quarters include a large terrace composed of Siberian larch to compliment the rocky beach outside. On the other end is a sauna and washroom separated from the main living space by a large breezeway.

Construction is of wooden logs which are popular materials in Finland and Scandinavia. The main house also has wood fiber insulation while the sauna is of solid wood. These materials have been proven to withstand the harsh weather this area experiences; be it three feet of snow, negative 25 degree temperatures or the occasional 80 mph winds that sweep the island. 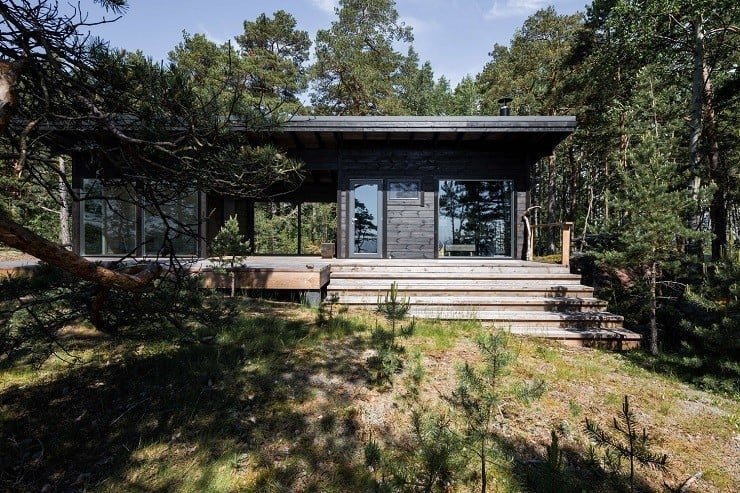 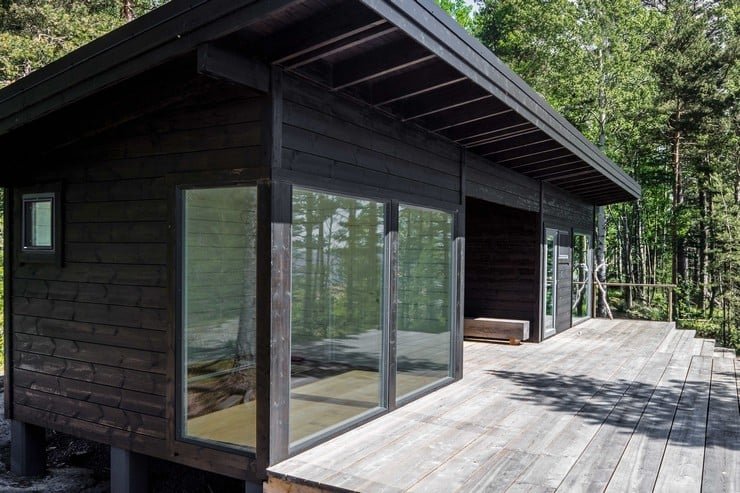 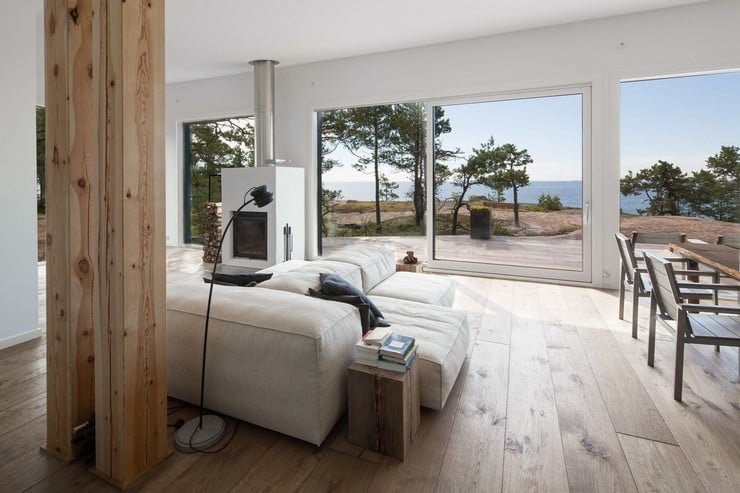 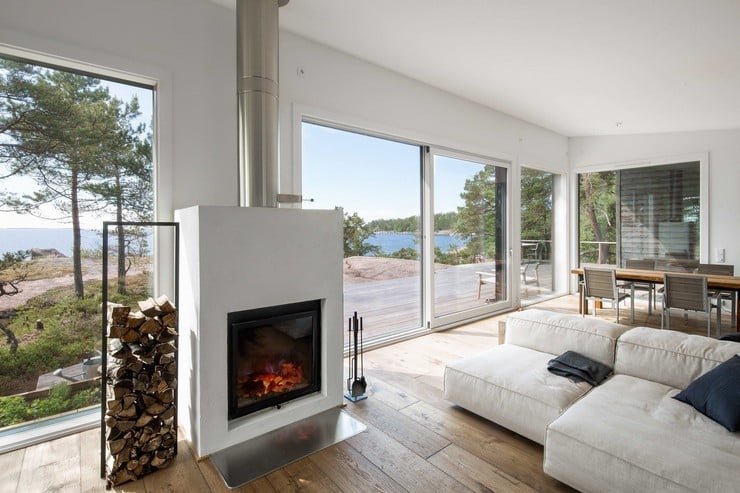 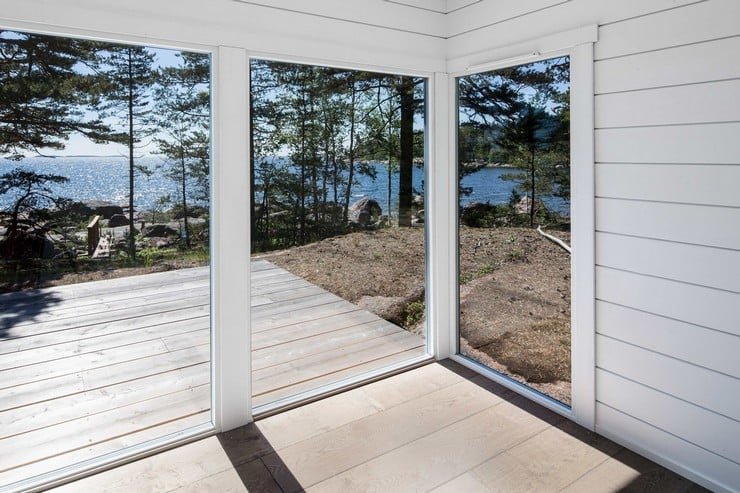 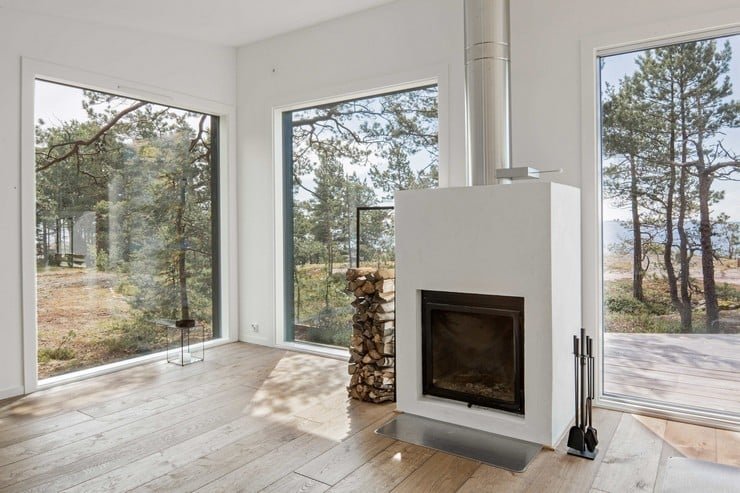 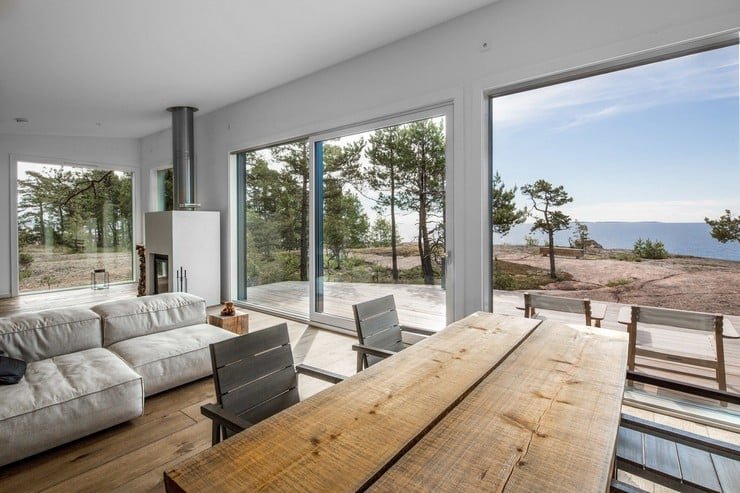 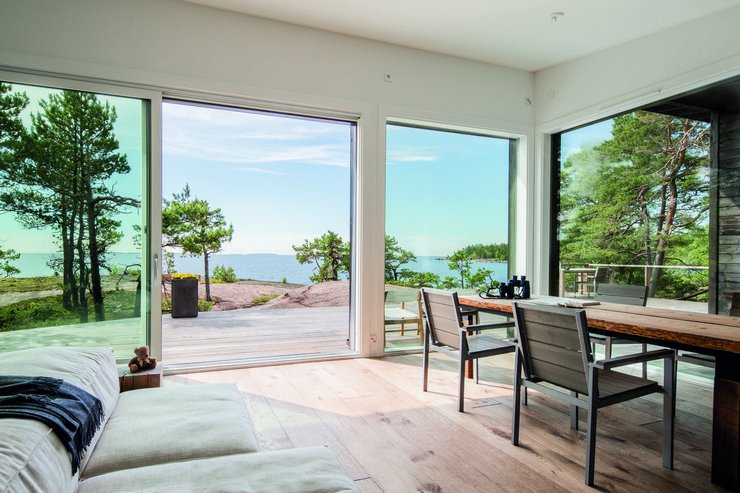 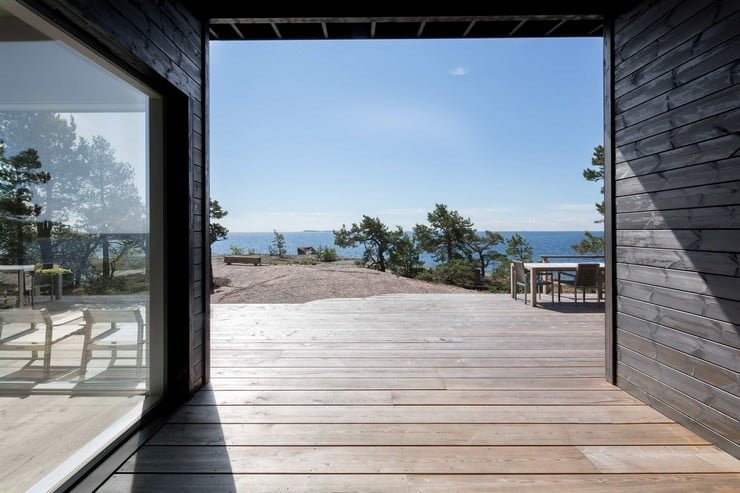 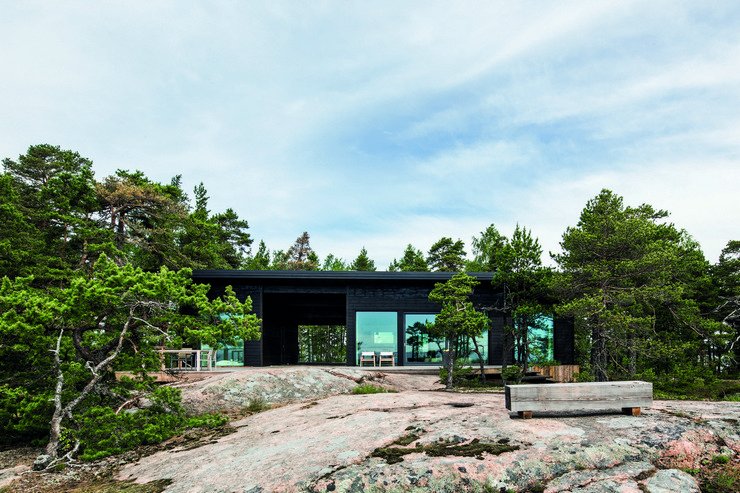 BEEF Architekti incorporates traditional stone wall construction to give the Casa Fly a stunning façade that flows within its spaces.