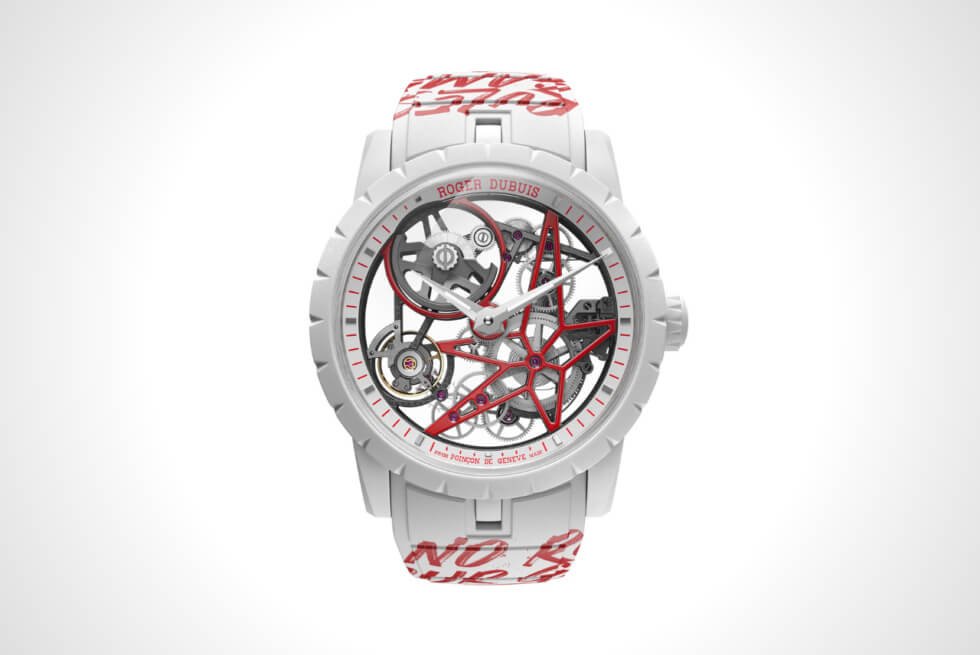 Since the start of the year, we felt that the watchmaking scene has dropped exciting reveals one after another. We’ve already covered a few from prestigious Swiss names such as Urwerk, Hublot, Jacob & Co., and Zenith, to name a few. Meanwhile, Roger Dubuis is celebrating something cool with the Excalibur Soho Edition MB.

This variant from its beloved collection is a perfect wrist candy for fans of vibrant colorways. When you want to change up from the darker tones of your timepieces, this is it. Roger Dubuis says it commemorates the opening of its lifestyle boutique in the Soho shopping district in New York.

The bright red and white motif of the shop’s exterior carries over to the interior as well. It also becomes the running theme on the Excalibur Soho Edition MB. The 42 mm round case is crafted out of mineral composite fiber (MCF), which is also in use on the bezel and crown.

Even the silicone rubber strap is in white with the words “No rules our game” in a graffiti style. The caseback, however, is titanium with a sapphire window to see the RD820SQ self-winding movement in action. Roger Dubuis says the Excalibur Soho Edition MB’s power reserve is around 60 hours.

The skeleton dial features a white flange, red minute markers, and rhodium hour markers. Additional branding and outlines are likewise in red. The Excalibur Soho Edition MB is limited to only eight examples. The store’s launch may have been the more interesting headline, but we believe the watch tie-in is equally noteworthy. 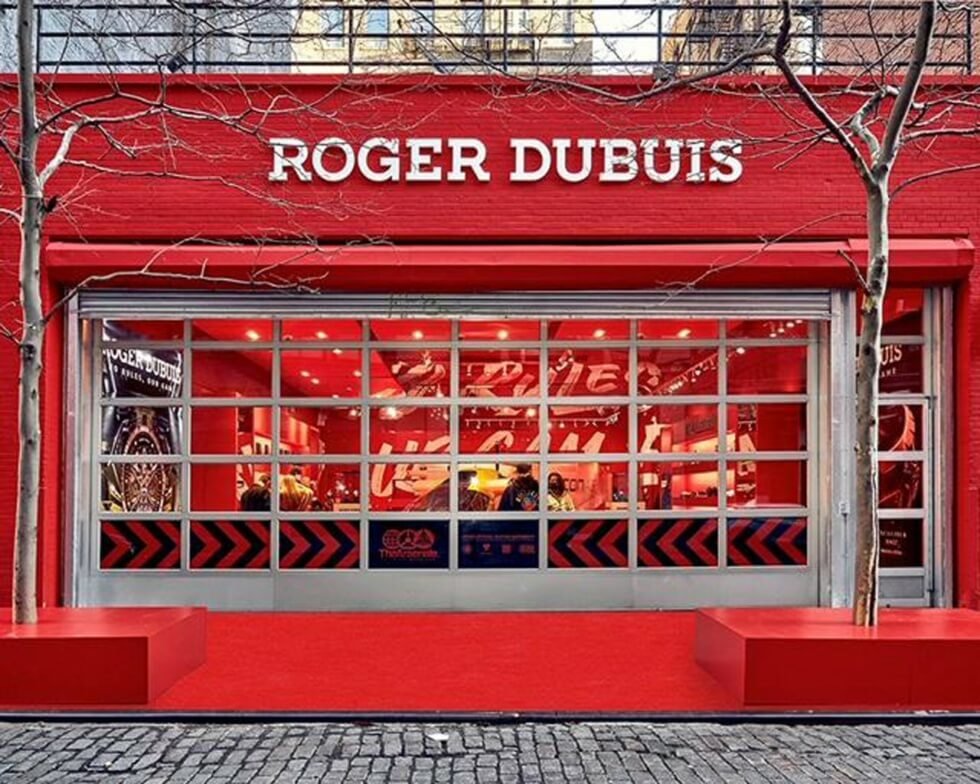 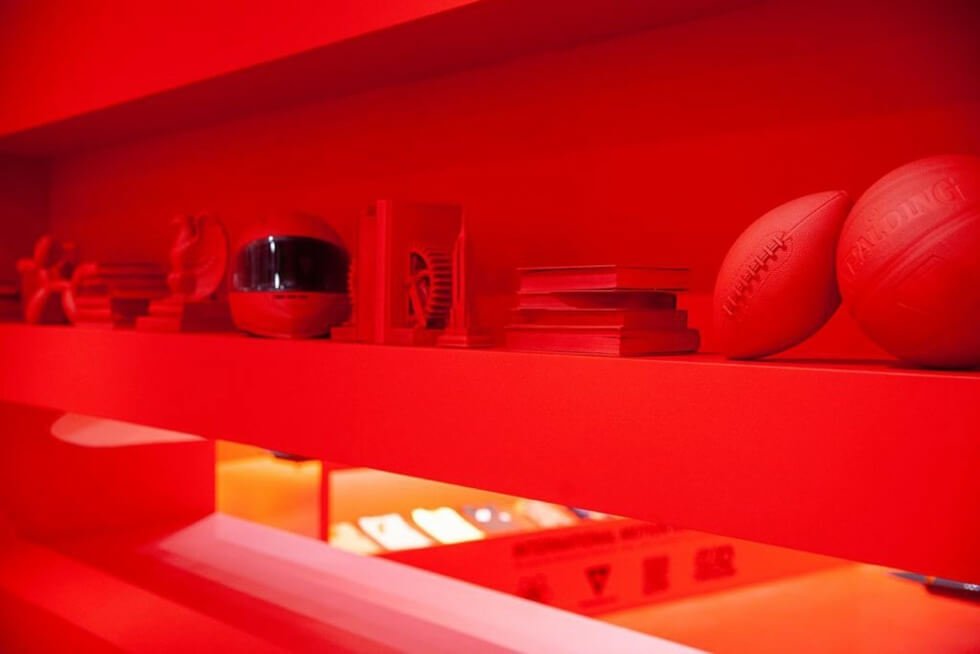 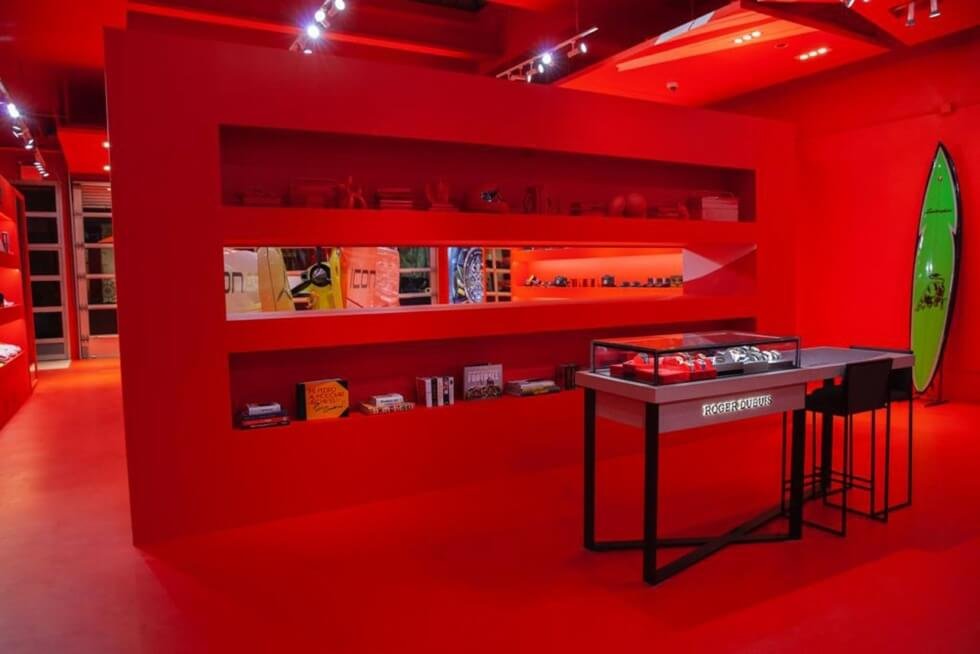 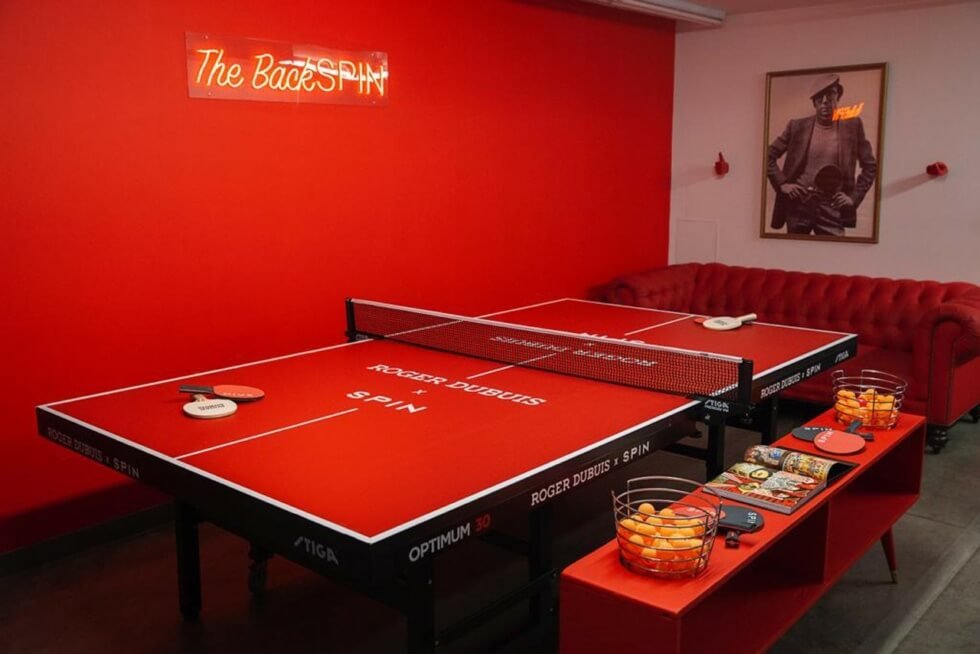 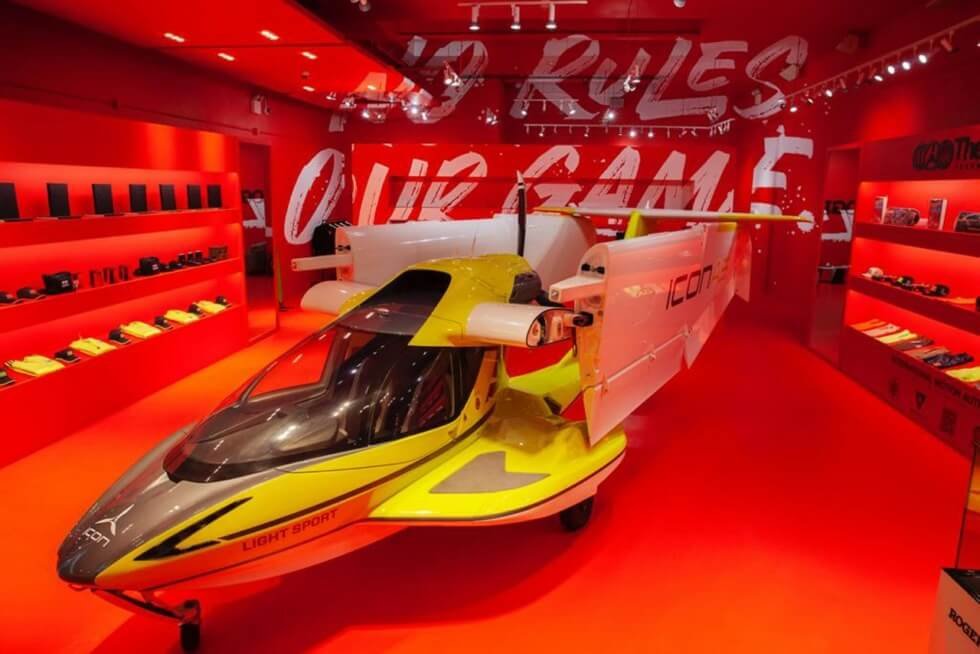 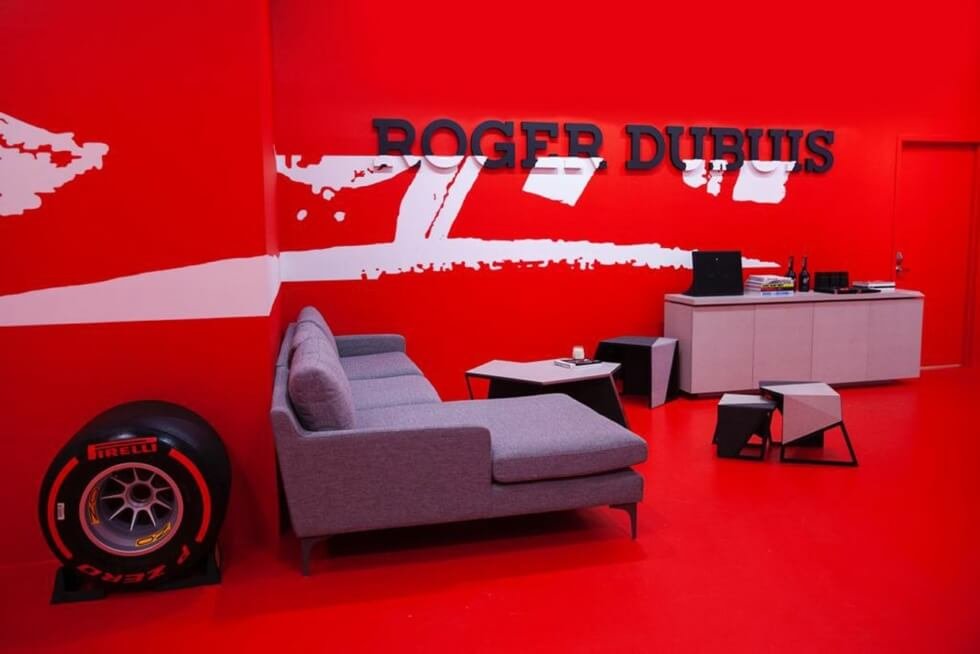 The Flieger F-41 Midnight Blue runs on Fortis’ UW-30 self-winding movement with a 38-hour power reserve and is crafted out of recycled steel.

These exclusive Air Jordan IV sneakers feature a transparent outsole with Eastside Golf’s Be You canvas artwork visible underneath.