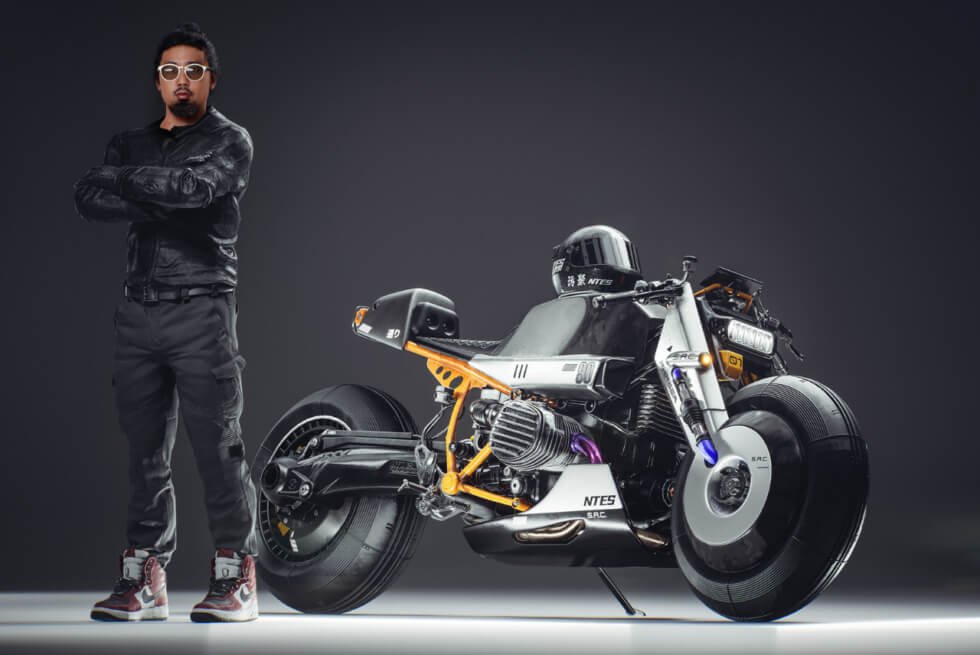 One glance at the R9T UE5 concept and you’ll easily mistake it for another electric superbike concept. However, a closer inspection should tell us that the beefy bike still runs on fuel. Nevertheless, its silhouette does give off a cyberpunk-esque vibe, which adds to the allure. Everything about it just screams badass, but we hope somebody builds it for real.

Renders of this moto come from designer James Qui, whose previous work – the Akira&Ducati concept – dropped our jaws. Just like it, the R9T UE5 looks like an aftermarket project any seasoned shop can handle. From the side, you can clearly make out that its saddle calls for an aggressive riding style.

A trellis frame with a golden orange tone peeks out from under its silver/black body. Chunky forks with what appear to be geometric fairings hold the huge front wheels, while a custom single-sided swingarm with an Öhlins monoshock supports an even more massive rear wheel.

The forged carbon fiber rims appear to be shod in racing slicks, which, along with the lengthy wheelbase, suggest that this concept is engineered for speed. After zooming in on a couple of images, the R9T UE5 shrouds its chassis with metal and composite materials. It features boxy LED headlamps and taillamps as well.

Snaking underneath the belly pan of the R9T UE5 are what seems to be titanium single-sided two-into-two exhaust pipes. Just above the handlebars is a digital instrument panel. So far, Qui certainly shows that his artistic skills continue to get better and better with each concept he adds to his design portfolio.