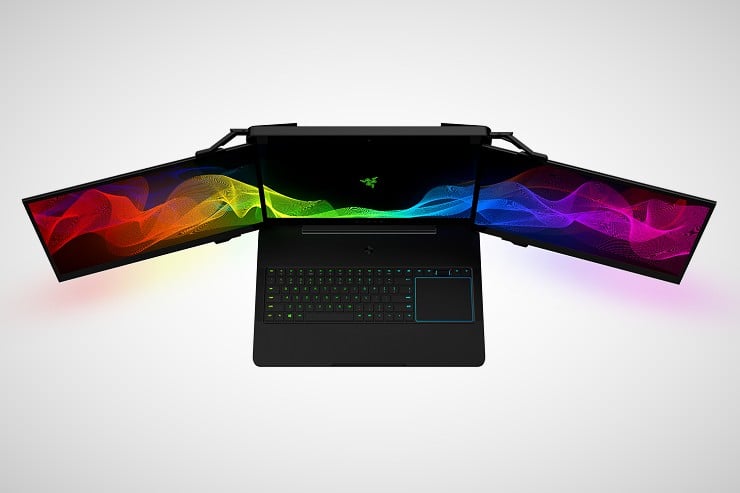 Always seeking better ways to game, Razer, Inc. out of Irvine, California, has just demonstrated their newest concept gaming machine.  Project Valerie ($NA) is built on the company’s 17.3″ Razer Blade Pro laptop and packs not one but three 17.3″ screens that fold out from the central hub screen and lock into place for 11,520×2,160 pixel 4K resolution viewing space.  Using NVIDIA’s Surround View technology the laptop syncs high definition graphics across the multiple screens.

While the concept is still seeking improvements, the current iteration has an NVIDIA GeForce GXT 1080 graphics card capable of running virtual reality like HTC Vive or Oculus Rift (although not through the 3-screen setup.)

Adding two extra screens to the Blade Pro chassis does make it a bit large for a laptop.  It is 1.5 inches thick and the total weight is just under 12 pounds.  Razer won’t let out all the specifications since some of them may change if Project Valerie passes the tests to become a production model in the future.  One thing’s for sure though: the battery on this thing need to pack a lot of juice!   [via] 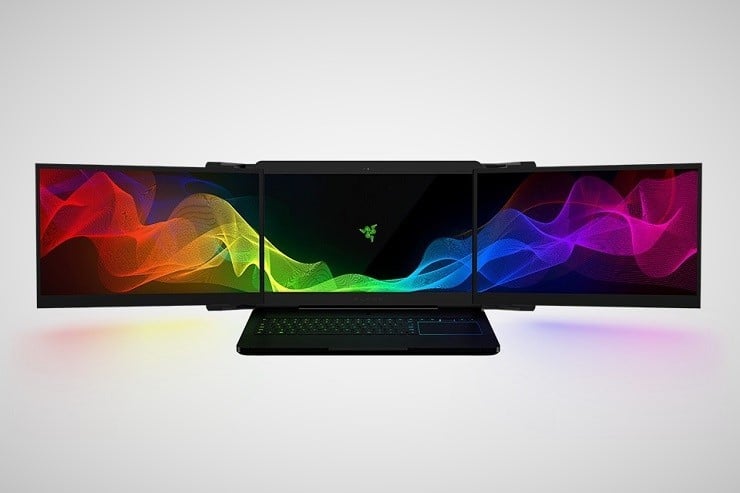 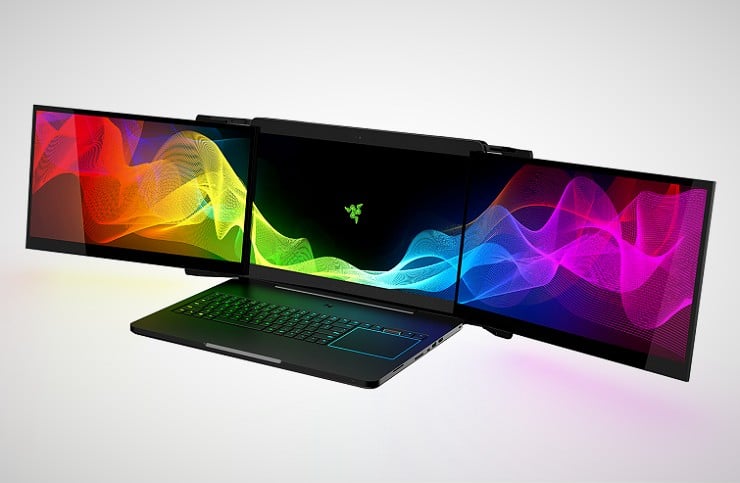 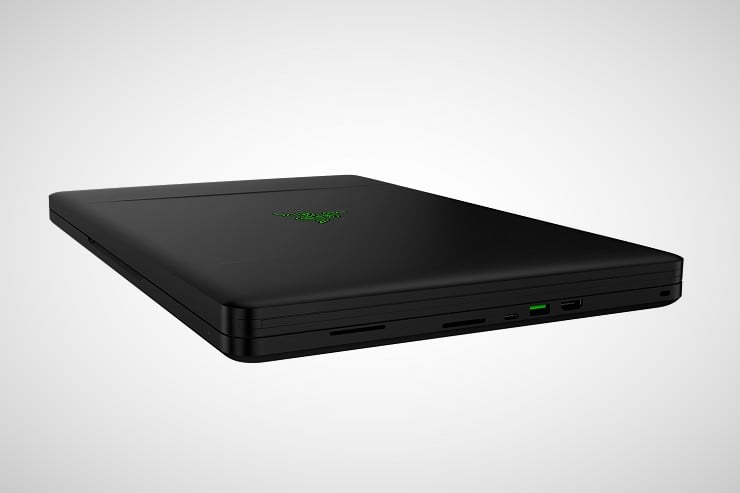 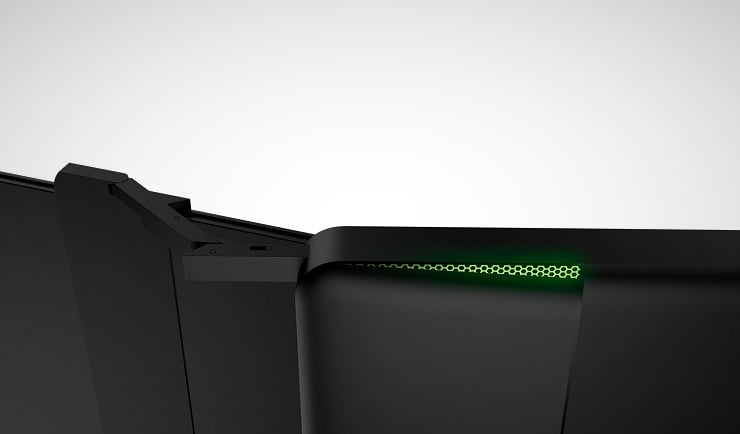 The Playpulse ONE might not be a new concept, but it strives to deliver what others like it do not, which is great graphics and immersive gameplay.