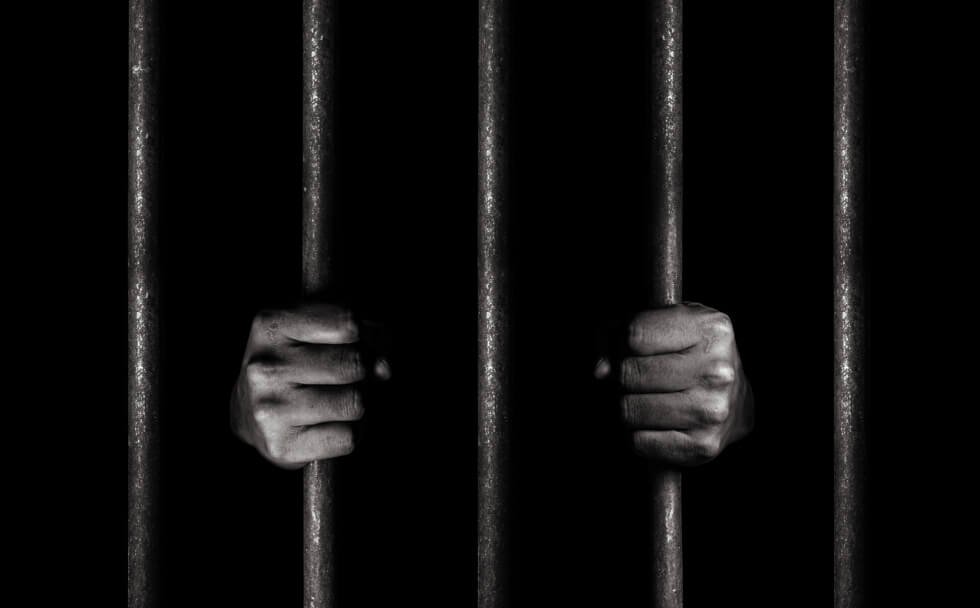 9 Prison Movies On Netflix That Keep Your Adrenaline High

The prison is the last place anyone would want to end up in, especially if wrongly convicted of a crime. A lot can happen inside from killings, brawls, rape, drugs, and more. Suffice to say, it’s generally not the safest place to be in where trouble still eventually finds you even if you keep away from it.

The harsh realities of prison life have always been great movie premise because they allow the outsider a glimpse of what goes on inside those secured walls. There is both a loss and a thirst for freedom. There are friends gained and lost and power hierarchy still prevails like in any society.

What we know of prison life usually comes from stories told through those who have lived in it. From fiction movies and documentaries, biographies, and memoirs. But nothing beats watching these stories come alive on movie screens because you get to go through every rage, heartache, fear, anger, and feel all sorts of emotions as you watch events unfold.  There is a great selection of these films on Netflix which are mentioned below. 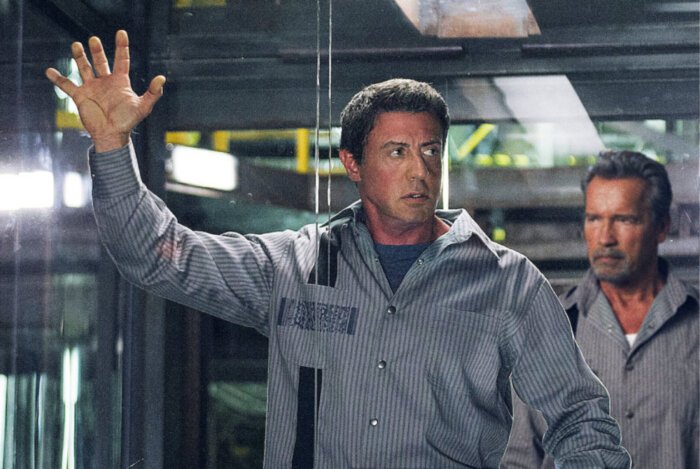 This star-studded film packs adrenaline, thrill, and mystery. As its title suggests, the story centers on making the perfect escape plan. But this poses a challenge especially when it involves a maximum-security prison practically unknown to anyone and where the worst criminals are incarcerated.

The protagonist is Ray Breslin (Sylvester Stallone), a structural-security authority who has devoted his life to making sure prisons are inescapable. Hired to inspect a new facility, he poses as a new inmate but once he is in, he realizes that someone doesn’t want him out. He must find a way to break out and in order to do so, he needs all the help he can get. It comes in the form of the mysterious prisoner Rottmayer (Arnold Schwarzenegger).

This is an entertaining film packed with a star-studded cast. I mean, who doesn’t want to see two of Hollywood’s famous action stars appear together on one screen? Not to mention that they both still look ripped and can kick butts. The movie was well-received it even birthed a sequel, which sadly failed to impress viewers unlike the original. 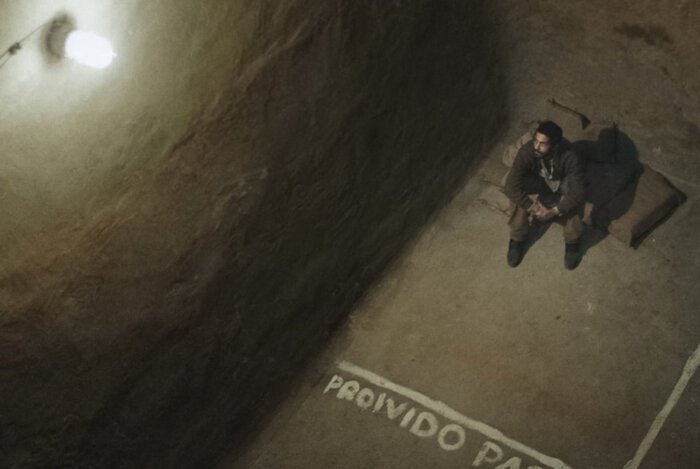 It’s the year 1973 and Uruguay is under military dictatorship. Three political prisoners from the left-wing urban guerilla group the Tupamaros are taken from their cells and driven mad with torture, mentally and physically for an agonizing 12 years. The order is clear: “As we can’t kill them, let’s drive them mad.”

Thus, the men are placed in solitary confinement for over a decade, shuffled from one remote cell to another, deprived of sun and sense of time. They are doused in gasoline and manhandled by guards, their physical and mental health slowly going on a descent as the years go by.

Meanwhile, flashbacks and hallucinations provide context as these three men lose contact with loved ones as their isolation continues. Among these men is José “Pepe” Mujica (Antonio de la Torre), who later becomes the president of Uruguay from 2010 to 2015.

This film is sometimes hard and disturbing to watch albeit it is based on the real-life experiences of the protagonists/prisoners. The performances from the actors are very credible you’d feel their anguish, terror, and pain. You’d also feel their grasp for hope as their experiences reshape them. 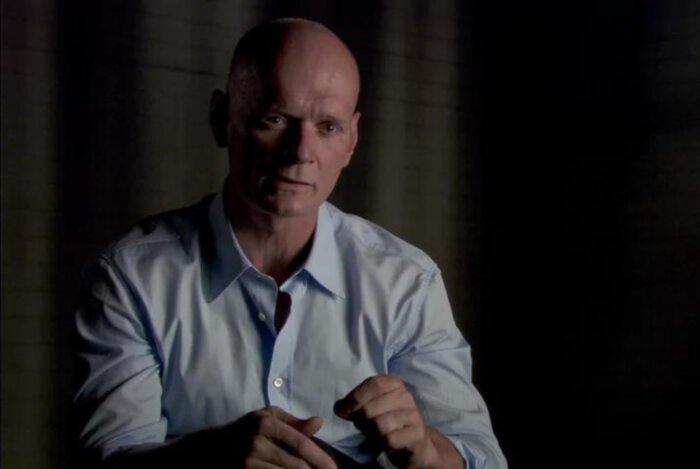 Nick Yarris tells his story in this gripping documentary about his 21 years on death row following a murder he did not commit. He takes viewers back to his youth and tells of his life doing illegal things, which ultimately made him a victim of injustice. It was only in 2004 thanks to DNA testing that he was released from prison and at confinement at that.

His freedom has much to do with his resilience, thirst for knowledge while inside prison walls, and his determination to not let his predicament turn him into the monster the legal system paints him to be. Yarris is a master at storytelling, as he captivates viewers with his wise words and charisma. It was through his own intellectual growth that he changes the course of his incarceration: he saved his own life after he wrote to a judge begging for an execution. 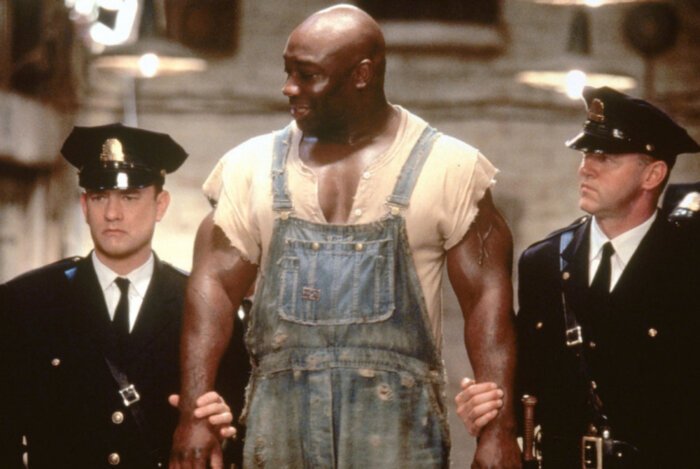 This is by far one of the memorable prison movies that make you believe in the supernatural at the same time. Based on a Stephen King novel, the story is set in the 1930s and centers on the lives of the guards on death row as they become surprisingly affected by one of their charges.

John Coffey, played by the late Michael Clarke Duncan, is wrongly convicted of child murder and rape. Unbeknownst to everyone at first, he also possesses a gift of healing, one that a certain Paul Edgecomb (Tom Hanks) finds out much later in the story.

The guards eventually find themselves in a moral dilemma as they become convinced that Coffey is innocent. He may have the size and strength to kill anyone, but his shy and naïve demeanor says otherwise. But the law is against them and there is only so much they can do.

The Green Mile is emotionally gripping from start to finish with the movie adaptation as compelling as the book. Director Frank Darabont brought justice to the novel with the superb cast and by sticking closely to the book, keeping out unimportant details only, to tell a captivating story. 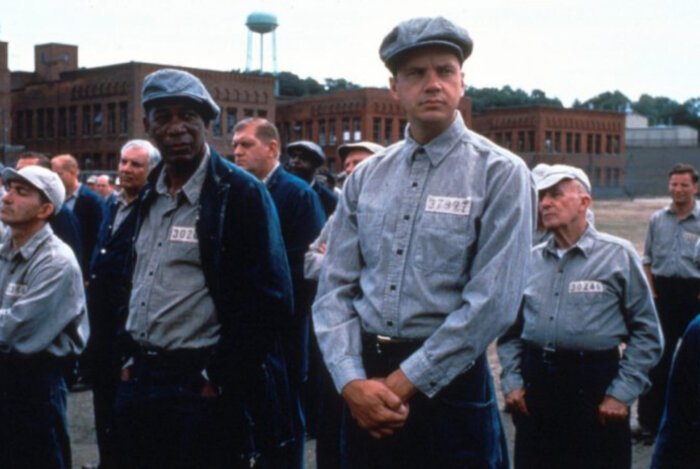 Another Stephen King adaptation from filmmaker Frank Darabont, the story makes you question your own judgment based on superficial things. It follows formerly successful banker Andy Dufresne (Tim Robbins) as he is sentenced to two consecutive life terms for the murders of his wife and her lover. He is incarcerated in a tough prison, the grim Shawshank jailhouse, where he meets and becomes friends with a fellow inmate, Red (Morgan Freeman).

Only Andy knows that he is innocent, yet he must learn to cope with his new reality. He lives through the brutality of prison life, adapts, befriends people, and rejoices at the simplest of achievements all in 19 years.

The Shawshank Redemption is an engaging and good-hearted film with just the right of darkness trickling around the corners. It is a true testament to the human spirit as Andy learns to navigate and look at his torturous life in a unique way. 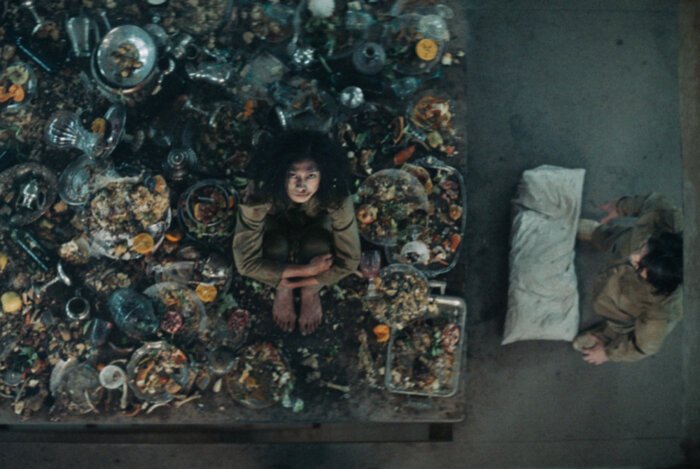 This Spanish film is an allegory on modern society with its upper class and lower-class system. Even in prison, the caste system applies. In this case, the story takes place in the future where prisoners are housed in vertical cells. Per level has one cell and two prisoners inside. There is only one food platform and only two minutes per day to eat.

Everyone must rely on each other for survival – literally. Those in the upper cells enjoy sumptuous meals while those below either settle for scraps or die of starvation. This is pure torment especially for those on the bottom cell.

This movie is similar to The Snowpiercer, as it is also set in a dystopian environment where people are divided according to their social status. It too drives a point about how one man’s greed can have repercussions for others especially those beneath him or of those belonging to the lower class. Or that another person’s show of compassion can have a ripple effect, both good and bad.

The Platform highlights this truth through intense, gritty, graphic, and gruesome imagery. Yet despite these, the moral is there: greed does not do anyone any good. At all. 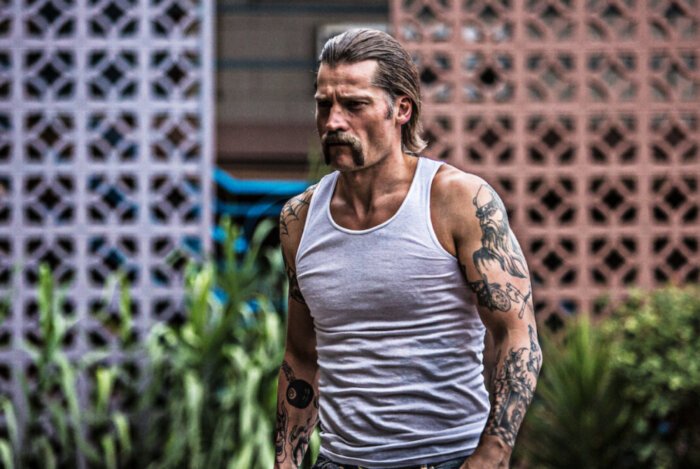 Nikolaj Coster-Waldau fights with his fists and not with his sword in this criminal prison movie. The Game of Thrones actor plays Jacob Harlon, a stockbroker who is jailed for a negotiated 16-month term following a DUI crash that killed his friend.

There in prison, he is forced to associate himself with the wrong crowd in order to survive. He gets mixed up with a white supremacist gang and eventually does unthinkable things that ultimately extended his jail term. Yet even after he’s released from jail his prison life still haunts him.

This movie shows how a person can never fully leave his past behind, be it good or bad. It shows the power that prison gangs hold on decent people and how they can easily institutionalize them. It is a pretty decent prison film with gritty scenes, action, and lots of thrill. 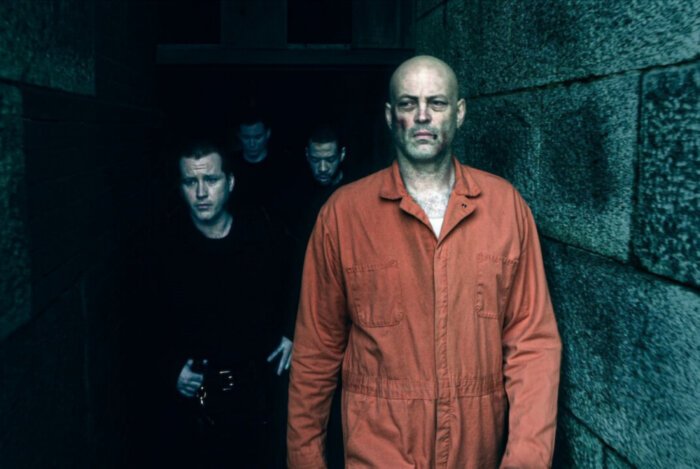 Vince Vaughn can play any character he wants as long as he puts his heart and soul into it. This is true in this prison movie that sees him not as the comedic wedding crasher or a forlorn man in love. Instead, what you see is a character filled with rage and menace. At his height, he can definitely be an imposing figure.

In this film, he plays Bradley Thomas, a former boxer-turned-auto mechanic who decides to become a drug courier when he loses his job. But his decision ultimately lands him in a three-year jail sentence and at the crosshairs of his prison enemies. He is forced to commit acts of violence especially when the life of his pregnant wife and their unborn child are at stake.

In the outside world, a gang has kidnapped his wife and plans to experiment on the baby. To save his loved ones, he must find a way to get himself thrown into maximum security so he can kill another inmate.

This film packs intense action and thrill coming from Vince Vaughn, who is savage in the portrayal of his character. It is a dark movie and is clearly a resurrection of the actor’s career. 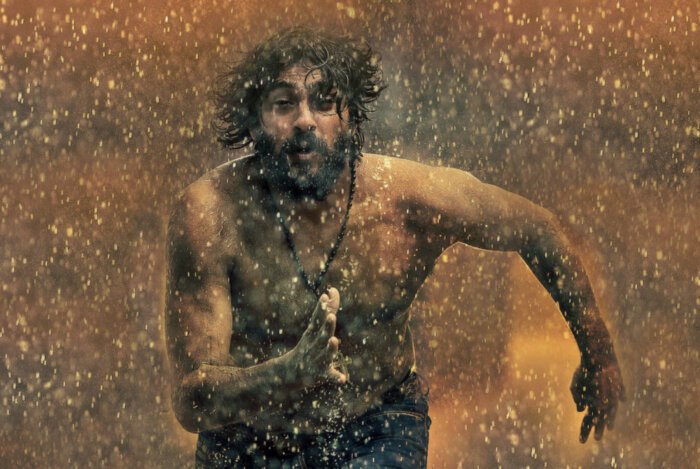 Jacob, a manager at a big financial firm finds himself imprisoned when he tries to save the woman he loves from getting involved in a crime. He is but an ordinary man who must learn to fight for his survival inside the brutal world of prison. But he must stage a great prison break before he meets his demise.

This is simply a jailbreak movie but made captivating to watch with the action scenes playing out to the blast of rock music. The violence is minimal yet altogether dark. It also has unconventional cinematography that keeps viewers entertained such as the image of the disturbing prison complex and the rawness of prison life which are hard to forget. Plus, the suspense and excitement to see the success of the escape keep you on the edge of your seat.

20 Best Stoner Movies Of All Time

Check out our list of 20 best stoner movies to binge-watch with friends on movie nights and get high together without having to smoke grass.