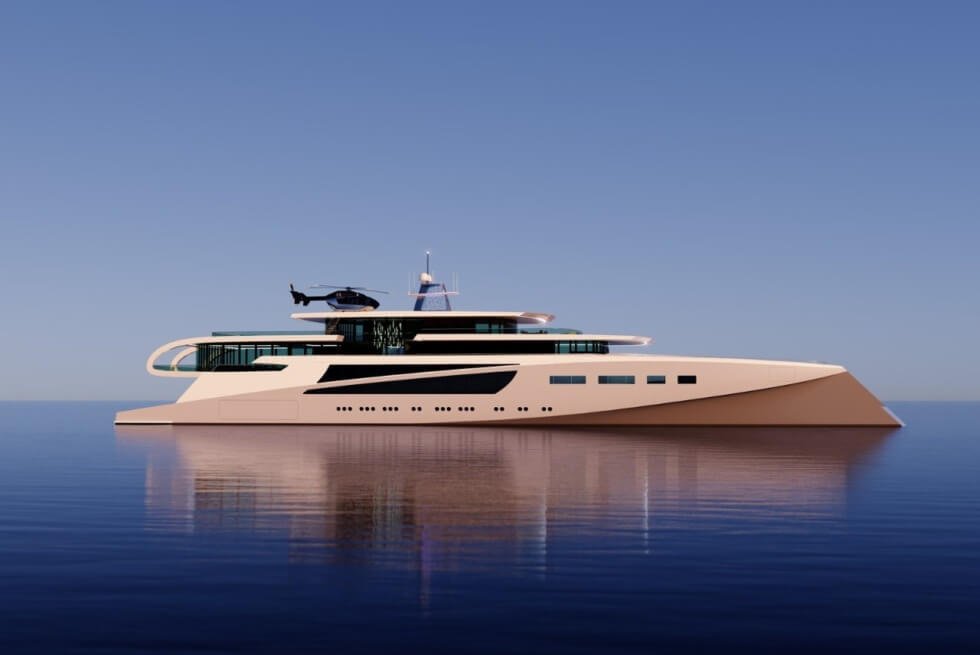 With so many luxury vessels now cruising the waters all over the world, shipbuilders are still coming up with creative concepts for their eager clients. Some end up as insanely impossible endeavors, while others end up as another stellar addition to their fleet. Nick Stark Design shares their latest work currently referred to as the Project M.

This megayacht is described by the Australian studio as somewhat akin to a “private island” that can traverse the seas. When you have deep pockets, ships like the Project M are a great way to flaunt all that wealth. Instead of a sleek monohull, they’ve opted for a catamaran configuration to offer up to 2,960 GT of interior space.

It measures approximately 266 feet long with a beam 72 feet wide. Twin hulls make it more stable even when it gets rough and is arguably much faster with the right propulsion system. A feature you’ll immediately notice is the generous use of glazing.

Almost every section of the Project M features large windows to illuminate the volumes naturally by day and to provide panoramic views. The images show these are tinted, but it was not specified if this is via an electrochromic system. The latter would be a cool feature to have on a modern yacht.

“The key to this design was to bring the outside in, to respect and admire the beauty of the world while simultaneously providing sanctuary from the elements and also symbolically from life’s ceaseless complications,” notes Stark.

There are two helidecks available, a pool, multiple lounging areas, three tender compartments, a jacuzzi, and more lavish amenities. Nick Stark Design is likely to get calls about the Project M from interested clients. 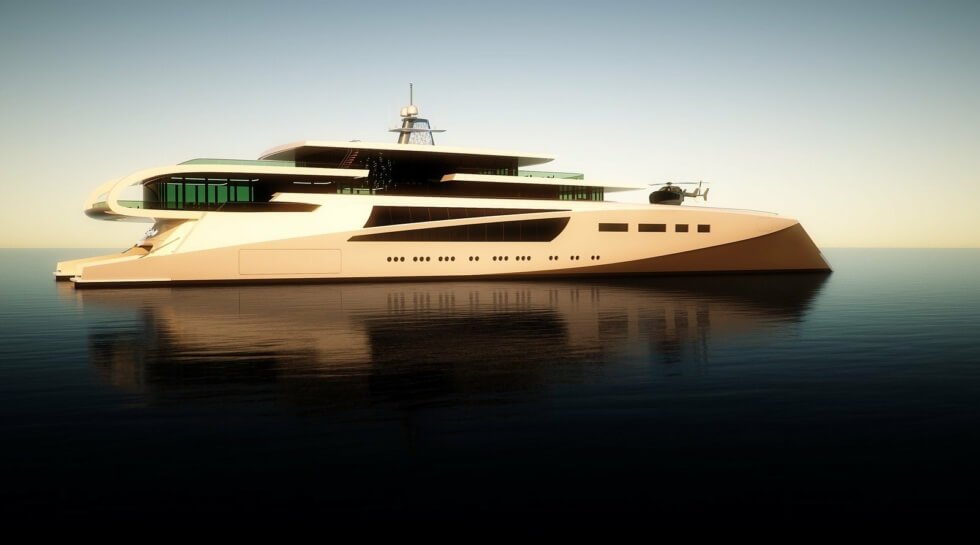 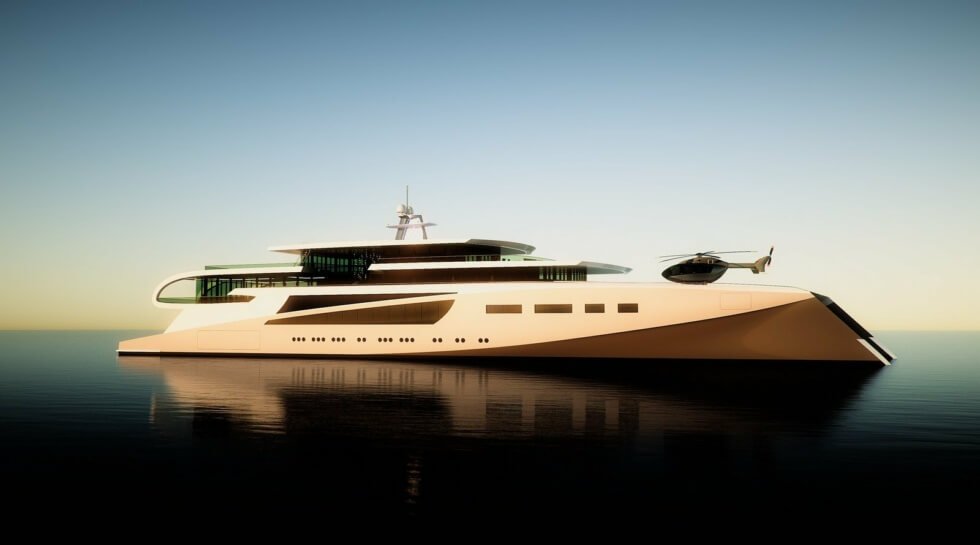 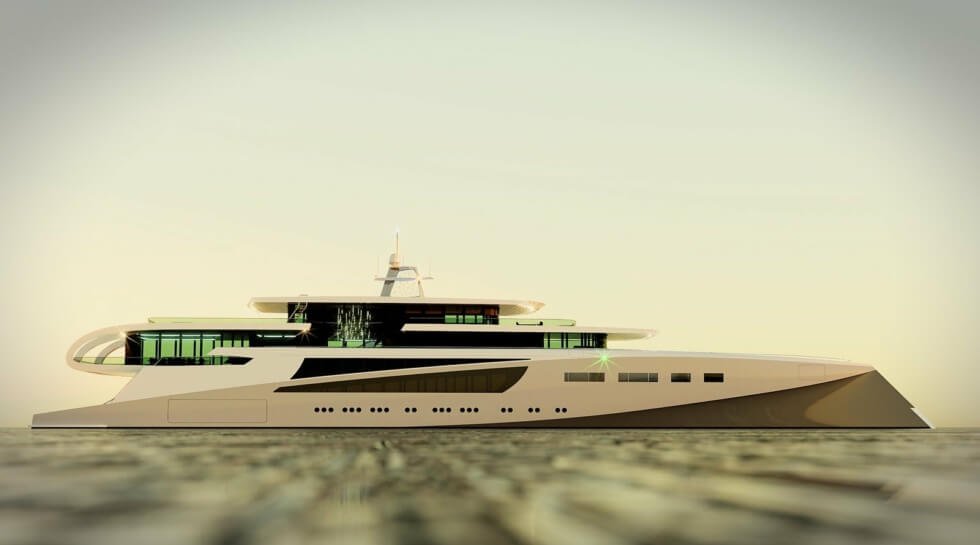 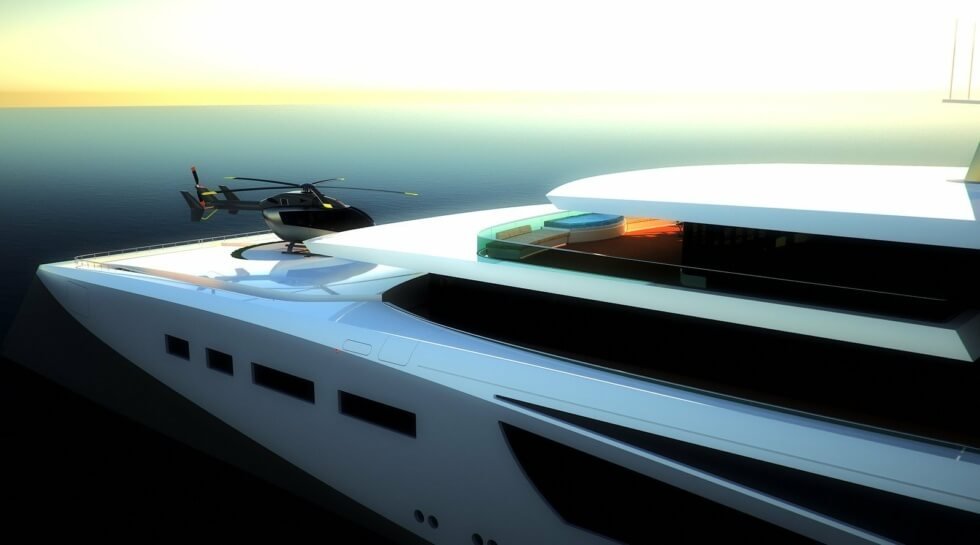 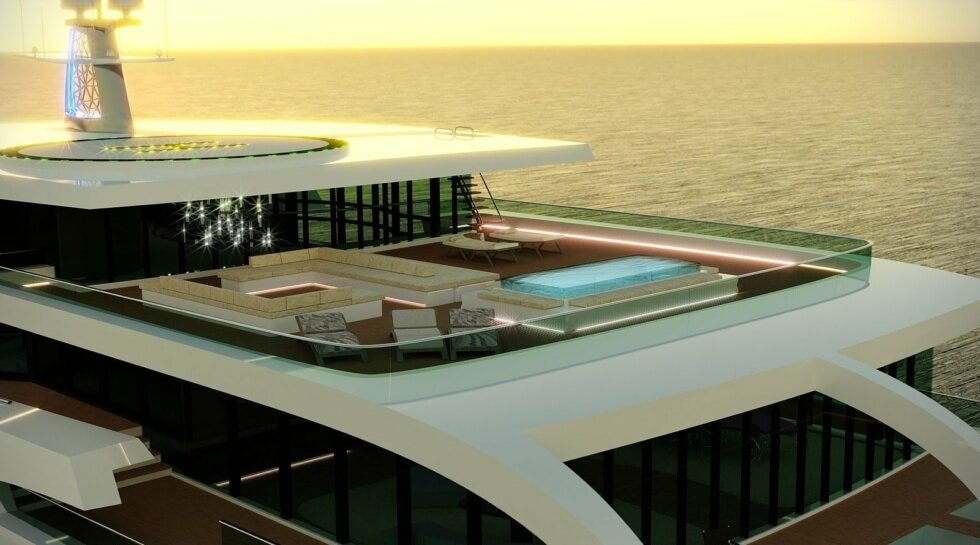 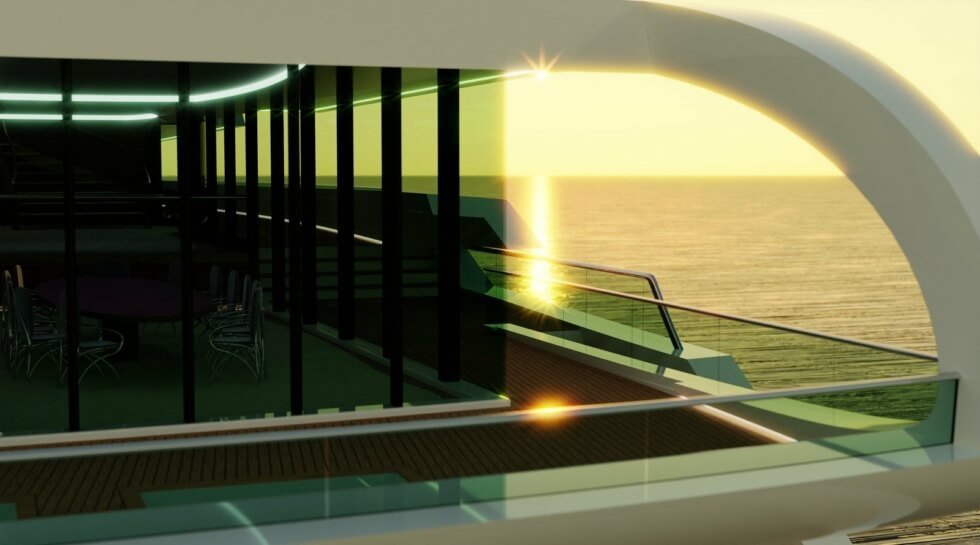 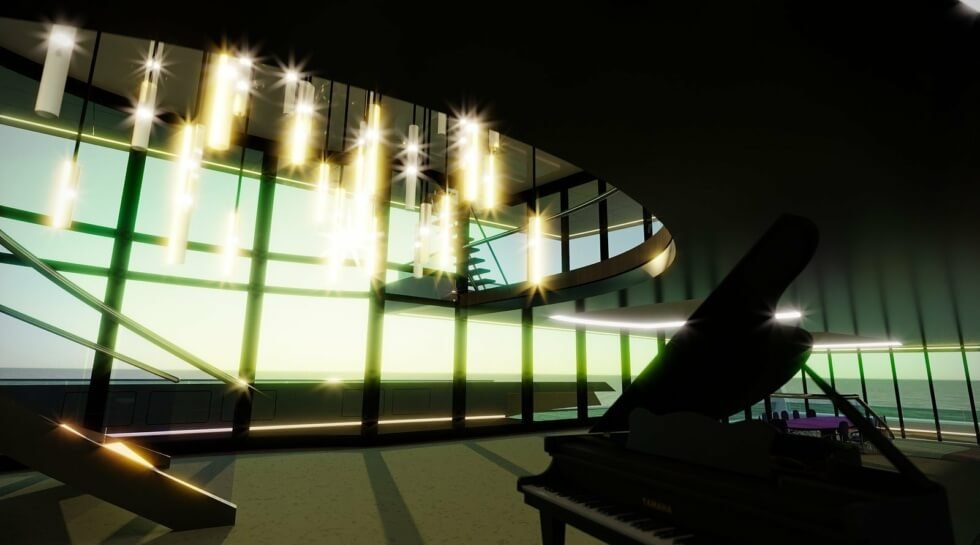 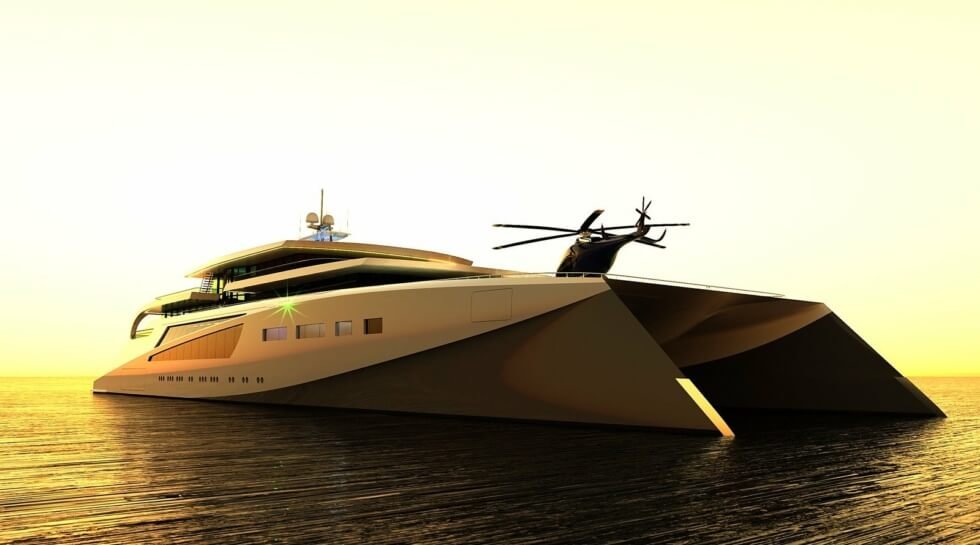 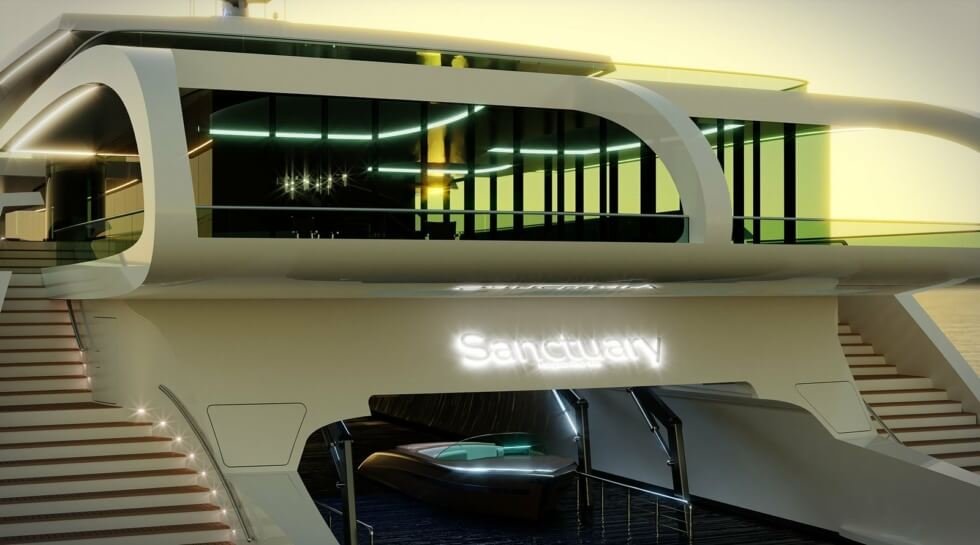 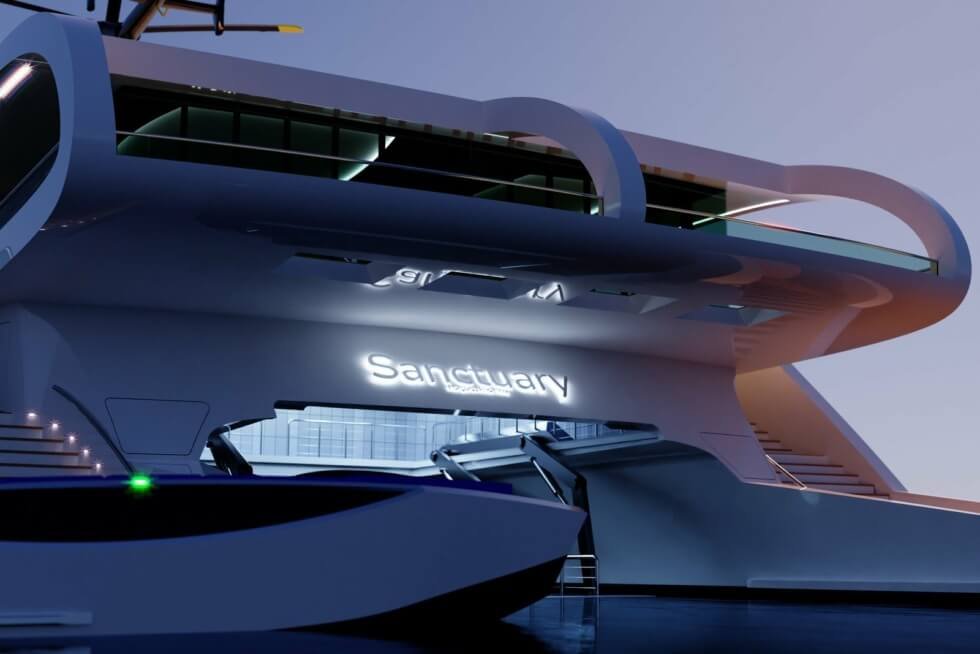 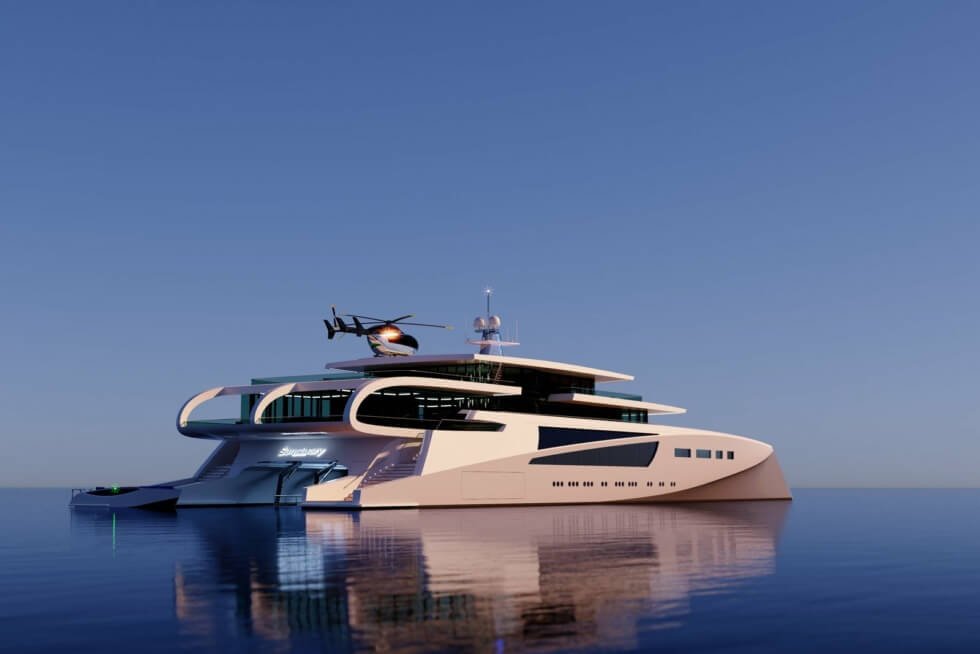