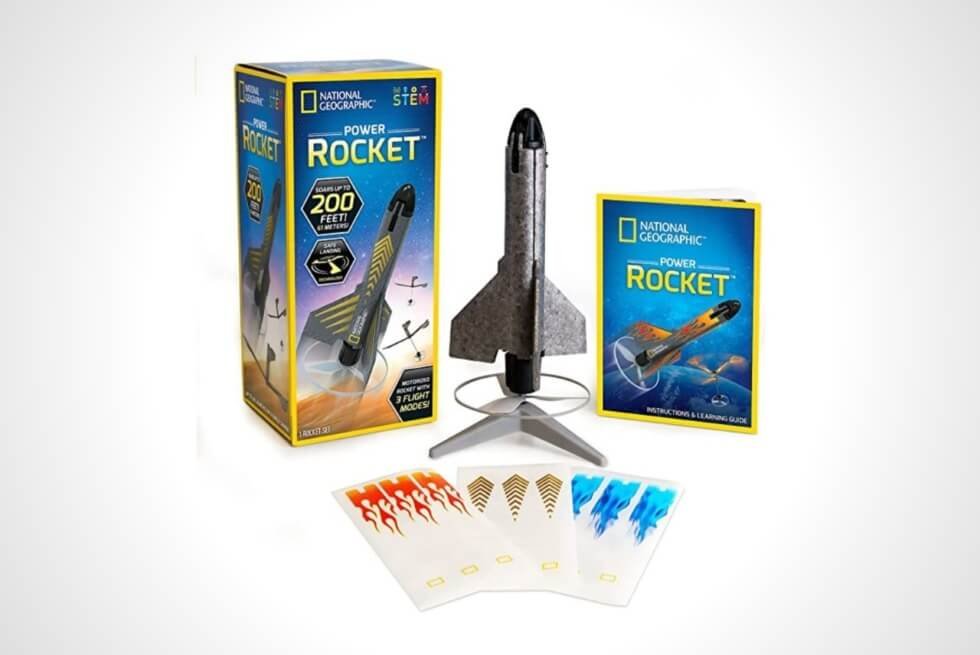 After so much excitement over NASA’s Artemis I launch yesterday, it was called off due to an issue. Reports point to a problem with one of the four main engines, which is why the uncrewed mission did not proceed. While we wait for updates regarding a new schedule, National Geographic’s Power Rocket Launcher can hopefully keep us occupied.

The excitement over humankind’s eventual return to the lunar surface has reignited our interest in space travel. Hence, there is a growing demand for merchandise related to the cosmos. National Geographic already offers a wide selection of toys and games that promote learning and challenge young minds.

Its Power Rocket Launcher, on the other hand, is a cool contraption for geeks like us to mess around with. For safety reasons, this does not require any fuel to fire up. Instead, it’s packing a rechargeable lithium-ion battery to power the motorized propeller system.

According to the manufacturer, a full charge is enough for up to 20 flights. Three settings let you choose how high it can go with 200 feet as the limit. To ensure the assembly is lightweight, National Geographic uses polystyrene foam to craft the aerodynamic body of the Power Rocket Launcher.

To aid in its descent, the three-piece body deploys via hinges on the nose cone.  This transforms the Power Rocket Launcher into something that resembles a helicopter rotor. The weight of the battery, motor, and propeller help it remain upright as it gently floats down ready. It ships with a launch pad, a charging cable, and decals.

Although most virtual reality headsets are more powerful on paper, Sony claims the PlayStation VR2 is a major upgrade over the original.

LEGO is once again catering to "Star Wars" fans with Luke Skywalker's X-34 Landspeeder under its Ultimate Collector Series.