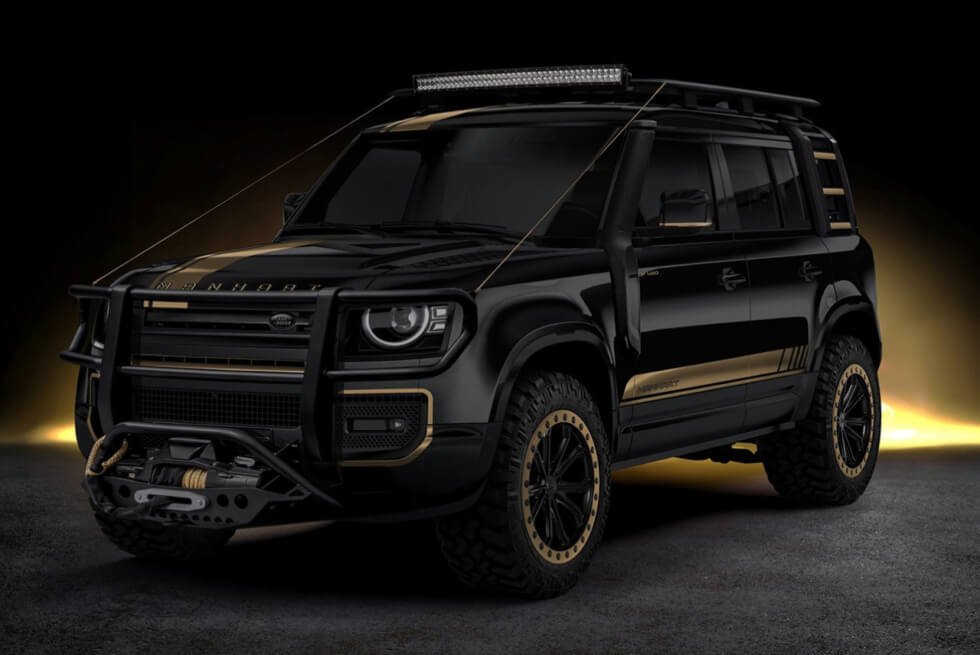 We count ourselves as fans of aftermarket specialists like Manhart Performance for the awesome work they do. Establishments like them cater to motoring enthusiasts who want more from their rides. With several notable marques already on their catalog, this time they’re tinkering with a Land Rover Defender 110. It’s rolling out of their shop as the DP 450.

As we stated before, among the world’s leading SUV models, the British carmaker’s Defender boasts a huge following. From classic restorations to modern modifications, people just can’t get enough of Land Rover’s reliable and rugged platform. The announcement of the DP 450 tells us the German tuning outfit feels the same way.

Its new project starts off with the five-door Defender which welcomes a collection of upgrades. Although the stock version of the donor vehicle is already a capable machine for off-road adventures, Manhart Performance believes they can make it even better. At this stage, the details are still being finalized

However, they have renders of what the DP 450 would eventually look like with their bespoke add-ons. For starters, we do know that the powertrain will undergo a comprehensive series of enhancements. Manhart Performance notes that the numbers in the name hint at the output.

Thus, we could be looking at 450 horsepower with a yet unspecified torque. Furthermore, the DP 450 will be available in two configurations. The first just adds an LED lightbar, custom wheels, and Manhart Performance’s signature black and gold colorway for the exterior. The next level outfits the Defender 110 with even more such as a front bull bar with a winch system, roof rack, and ladder. 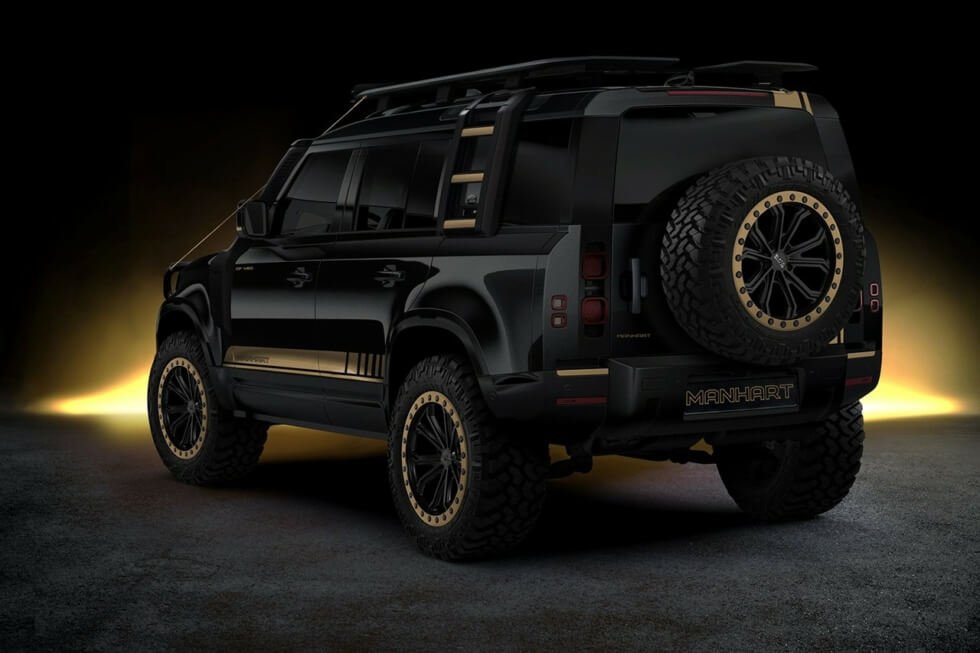 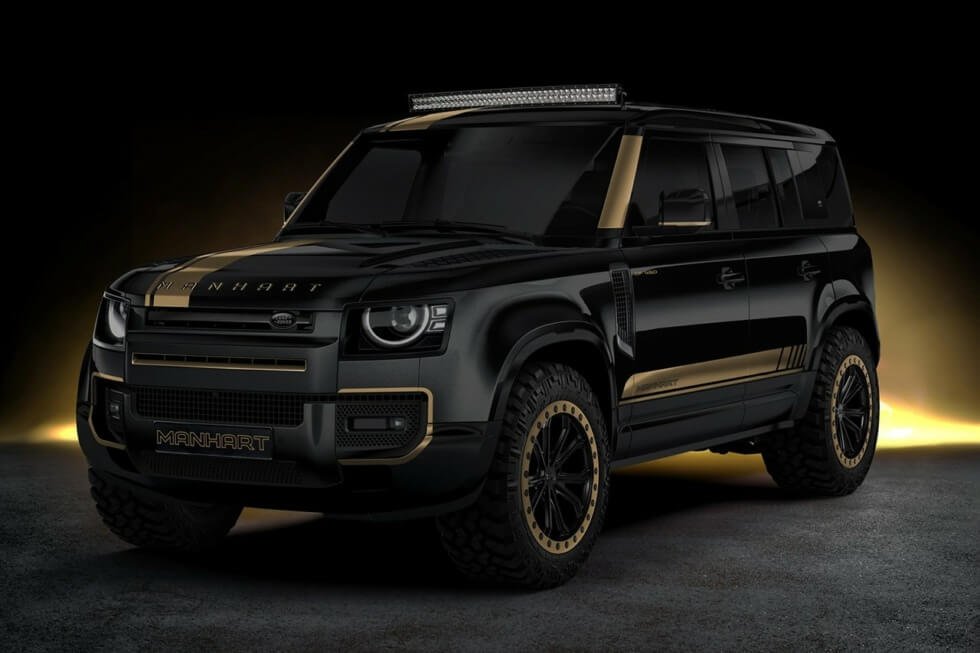 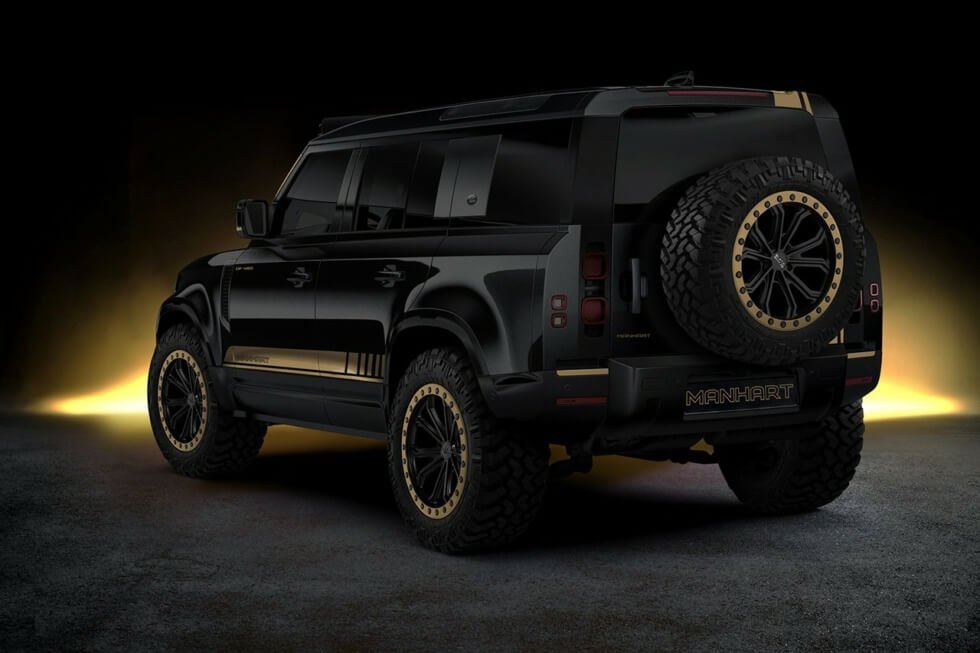