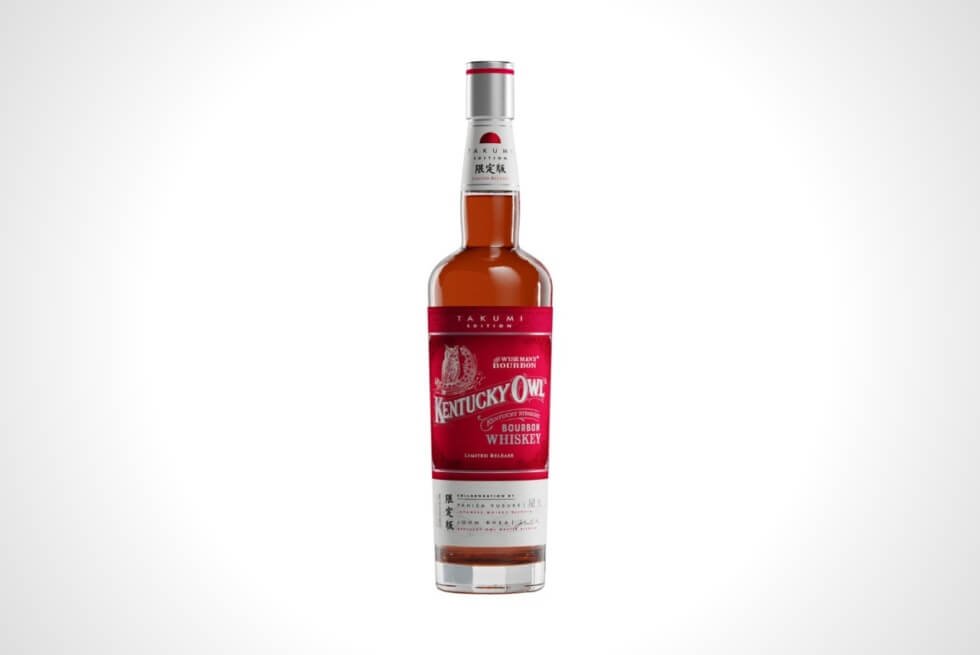 Japanese whiskey has built a stellar reputation for the refined spirits distilleries like Nikka and Suntory distribute around the world. Bourbon, on the other hand, is distinctly an American spirit. However, Kentucky Owl is about to shake up the scene with the Takumi Edition. This expression is an exciting one for even the most discerning whiskey enthusiast.

This type of collaboration is not the first of its kind. Jim Beam took this bold step when it introduced the Legent. This was a work of legendary master blenders Fred Noe and Shinji Fukuyo. Now, it’s Kentucky Owl’s turn to take a stab at it with John Rhea and Yusuke Yahisa of Nagahama Distillery.

Both had great things to say about each other which is why people are excited for the Takumi Edition. “This collaboration encompasses not just the art of blending, but the flavors and taste profiles that both countries are famous for in their whiskeys,” a press statement from Rhea says.

Yahisa is apparently a rising star in the Japanese whiskey scene and his insight allows them to craft something new for us the enjoy. The Takumi Edition is a mix of Kentucky straight bourbons from varying ages with a mash bill containing malted barley, corn, rye, and wheat.

The 4-, 5-, 6-, and 13-year blends combine for familiar tasting notes of caramel, rye bread, cinnamon, apple, and pear on the nose and plate respectively. Kentucky Owl is bottling the Takumi Edition at 100 proof. These are shipping out this October and will be retailing for $150. Don’t miss out!

The NUDE Glass Caldera whiskey glass stands out with its intricate designs including a deep V-shape motif and vertical cuts around the base.