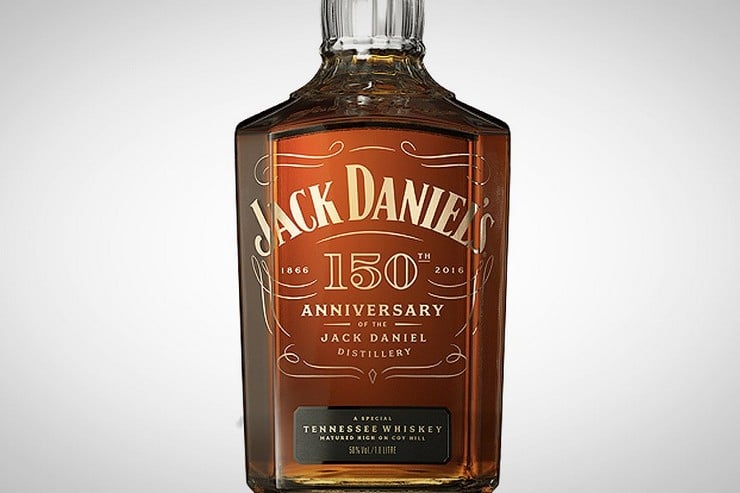 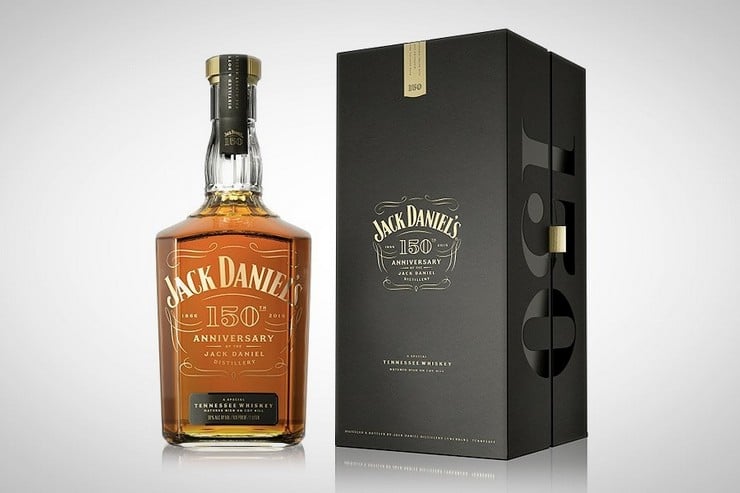 Since Jack Daniel’s bourbon whiskey is the #1 seller in the world, it is hard to think it could ever get any better. Even when the company decreased the alcohol content from 90 proof to 80 proof, it only confirmed that JD was the preferred drink as sales actually increased.

Now, the Jack Daniel Distillery has reached its 150th anniversary of producing quality sour mash corn whiskey in the State of Tennessee. To commemorate this historical event, Jack Daniel is releasing a special limited edition whiskey. Made with all the care and quality expected of this premium bourbon, the 150th Anniversary ($TBA) offers an extra kick. This iteration checks in at 100 proof, a potency always reserved for special editions only.

According to their press release, the Jack Daniel 150th-anniversary whiskey “offers complex tasting notes of butterscotch and toffee upon first taste followed by a full, smooth and lingering finish with warm flavors of toasted oak.” May everyone’s sesquicentennial taste so great!

Weber Workshops caters to coffee lovers with the HG-2 coffee grinder which boasts a two-speed transmission to make it easier to operate.

Make and enjoy your hard seltzers with GrowlerWerks’ uKeg TWIST

You can choose between a 36-ounce or 24-ounce uKeg TWIST with up to 6 colors: Chili, Midnight, Seafoam, White, Sunshine, and Tungsten.

If you prefer convenience, the optional Ooni Karu 16 Gas Burner is also available so you can use propane in addition to wood or charcoal.

The Chocolate Planets would make a fine present for the Astronomy geeks you know and a great treat for kids who have a budding interest in the study of our solar system.