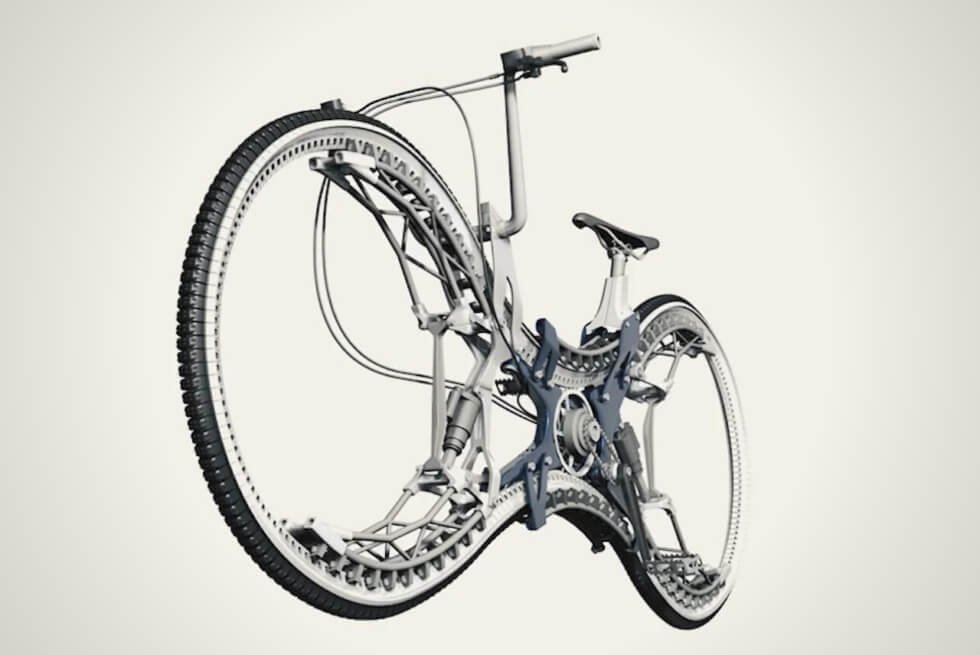 Remember the saying “if it ain’t broke, don’t fix it?” This applies to a lot of things! In the first place, why would you try to change something that already works? Nevertheless, for the sake of innovation, we get to see projects like the Infinity. You can see right away that this machine takes its namesake seriously as the outline resembles the symbol.

Two-wheeled forms of transportation have followed the same concept since these became mainstream. A rider or an engine provides the power to turn the rear wheel via a chain/belt-drive system. Even the latest all-electric models we’ve seen so far, have no intentions to switch things up.

Stephan Henrich, on the other hand, refuses to stick with the norm. The Infinity designer is based in Stuttgart, Germany and intends to turn an ordinary bicycle into an all-wheel-drive affair. Technically, unless you have hub motors on each end, pedals alone will not be as efficient.

The Infinity approaches things differently as the images show us. Instead of two wheels, it appears the bike uses what can be closely described as treads. These feed through guide rails that form the distinct shape of the bicycle. The links are flexible and can compress to a certain degree to maintain a smooth ride.

We can also see handlebars, which means owners can likely mechanically steer instead of leaning in to turn. The frame features pedals that link to the chain gear in the middle. As this rotates, it pushes the tracks forward. A working prototype of the Infinity is yet to be presented, but we now have an idea of how it operates. We can only hope Henrich attracts enough investors to eventually produce this commercially. The Ultimate Batmobile ships with a pistol grip RC transmitter, a 6” Batman action figure, and an awesome Batcave display plinth with lighting effects.