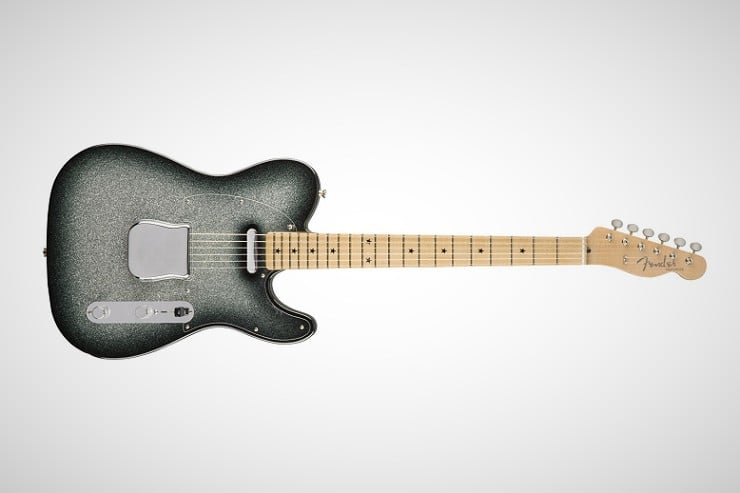 Not long after Bill Schultz bought the declining Fender name from CBS in 1984, he created the Fender Custom Shop to help return it to its former glory. It began with just two master builders, John Page and Michael Stevens, but in 30 years has blossomed to employ over fifty craftsmen.

Using all the expertise learned from producing the most exclusive custom guitars for some of the greatest musicians on the planet, the collection features a range of body styles including the Statocaster, Esquire, and Telecaster. Woods used also run the gambit from blond Ash to Ebony, and even burled Maple wood finds a place among these tremendous instruments.

They are not going to come cheap, but the craftsmanship exhibited to bring them into reality makes them on par with all the best Fender has created over the years. Play on!

Ultimately, what makes the Shelby Destroyer an awesome toy is the durable build quality and reliable performance backed by a 25-year warranty.

The Nitecore NPS600 Power Station Is Tough On Blackouts

All the materials that go into each Poglia Signature Pocket will develop a unique patina over time that enhances its elegance.

The WESN MT Packs 3 Important Tools In A Sleek Frame

The WESN MT is a sleek minimalist multi-tool that packs a pry bar, flathead screwdriver, and a bottle opener for those quick indoor and outdoor fixes.

The RED V-Raptor ST is the first entry into what they are calling the DSMC3 generation and packs an 8K VV 35.4-megapixel CMOS sensor.

The NEBO Inspector 500+ Flashlight Is Ideal For Mechanics

The NEBO Inspector 500+ is ideal for mechanics with its powerful magnetic base and up to 500 lumens of bright light in either Penlight and Area Light modes. it also runs on either AAA or rechargeable batteries.