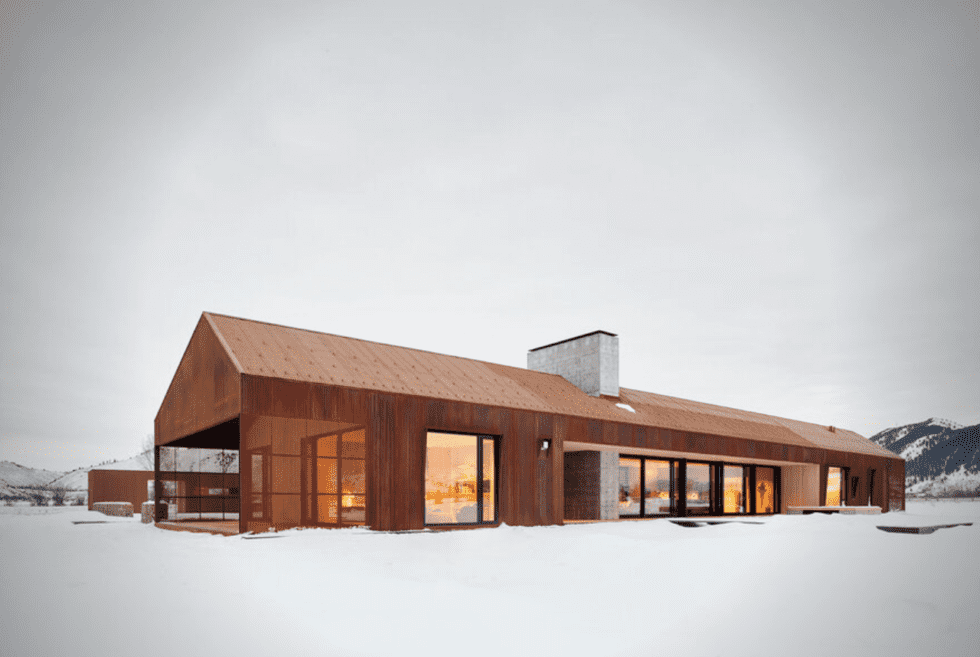 Dogtrot Houses, also referred to as breezeway houses, were most popular during the 19th and early 20th centuries, in the Southeastern part of the United States. Here, it receives a splash of modern.

We head to the American West, against a vast panorama of snow-capped peaks, to reach Carney Logan Burke Architects’ Dogtrot House, a residence designed for a retired couple.

Jackson Hole, in Wyoming, is famous for its scenic landscapes, more so for world-class ski spots. This home sits in some kind of overlap between those, in a rural neighborhood with flat, grassy sites. Buttes and ranchland about, and within view is Mount Glory, tall and formidable, just in the distance.

The Dogtrot House shelters a retired Pittsburgh couple who frequented Jackson. The residence is simple but modern, with a long, low-slung volume topped with an asymmetrical gabled roof. There’s also a detached garage, a potting shed, and a handful of terraces.

The exterior spaces run abundant with oxidised steel, which accentuates the home but helps it assimilate into its agrarian surroundings. There’s liberal use of glass to allow natural light in and envelop the interior with scenic glimpses of the outdoors.

The house redefines what it means to retire. You don’t have to be shacked up in a lonely hospice brimming in drabness. There’s solace, comfort, and allure after the ramshackle, frenzied world of labor.

Inside, everything is primed for relaxation. There’s steel, yes, which at first makes the home seem scarier than it actually us. But other materials dial that down, including larch wood and other earthy surfaces. Color is minimal, but thoughtful. The firm placed them taking care to complement the house’s neutral palette, not fight it. 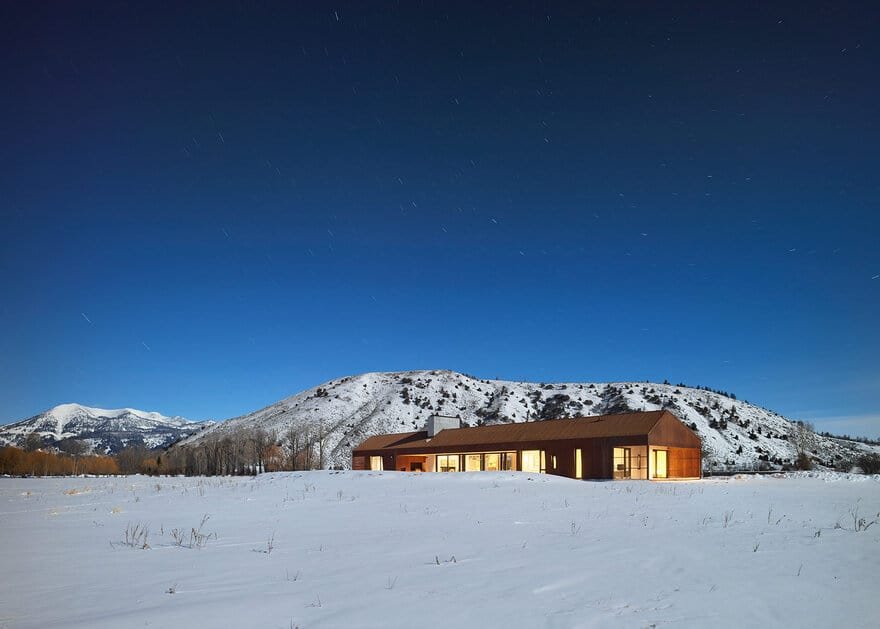 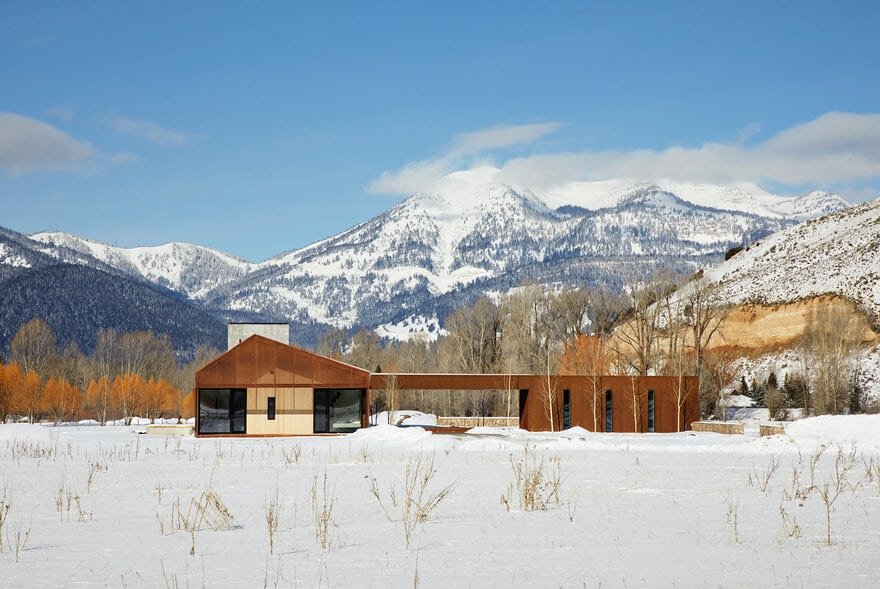 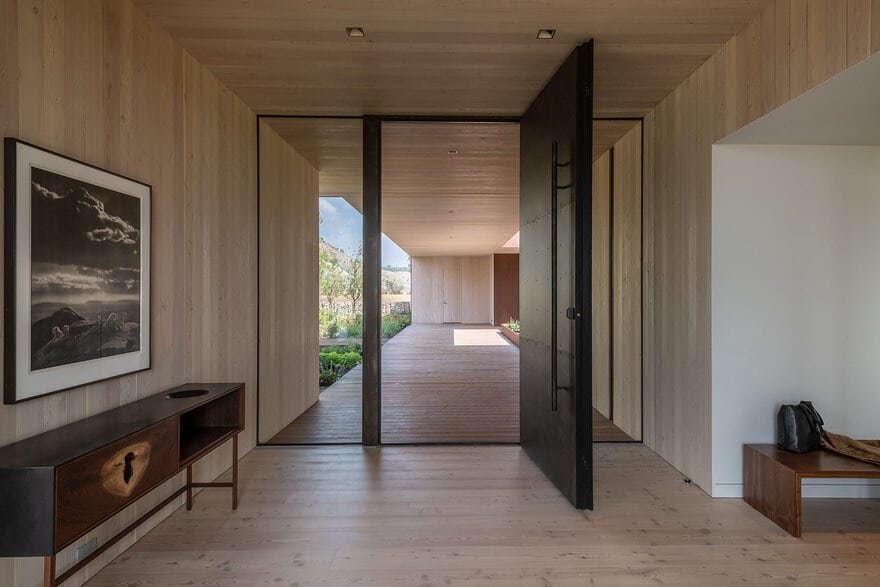 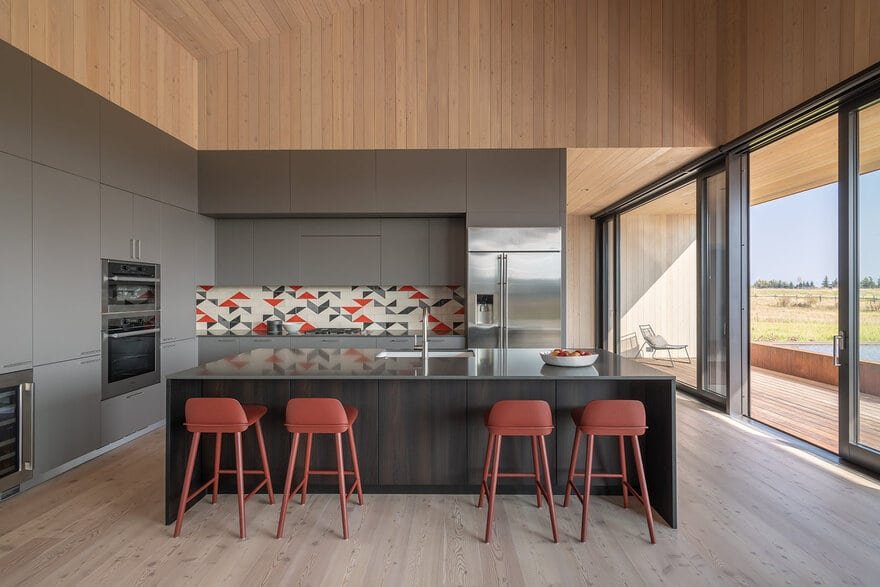 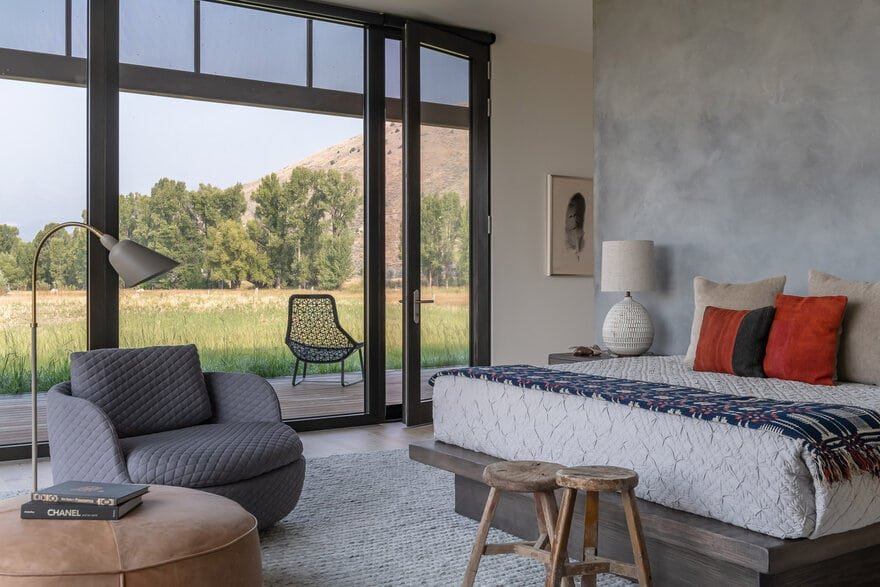 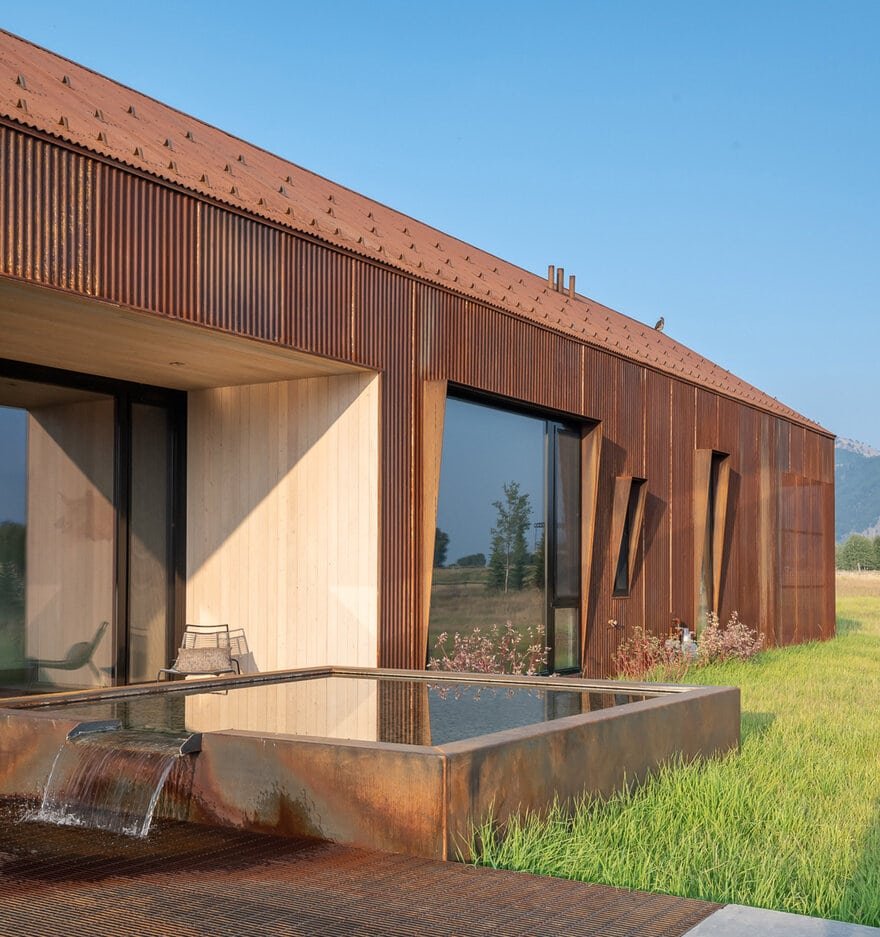 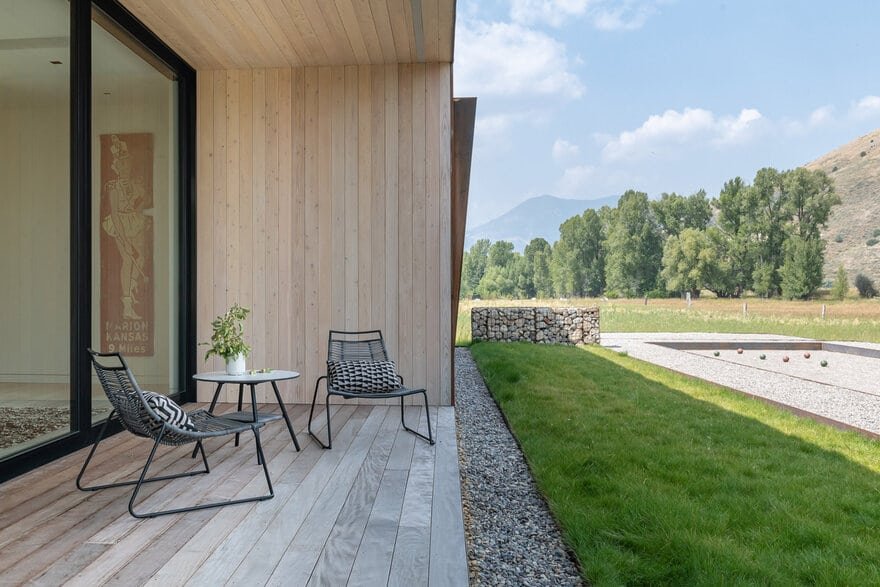 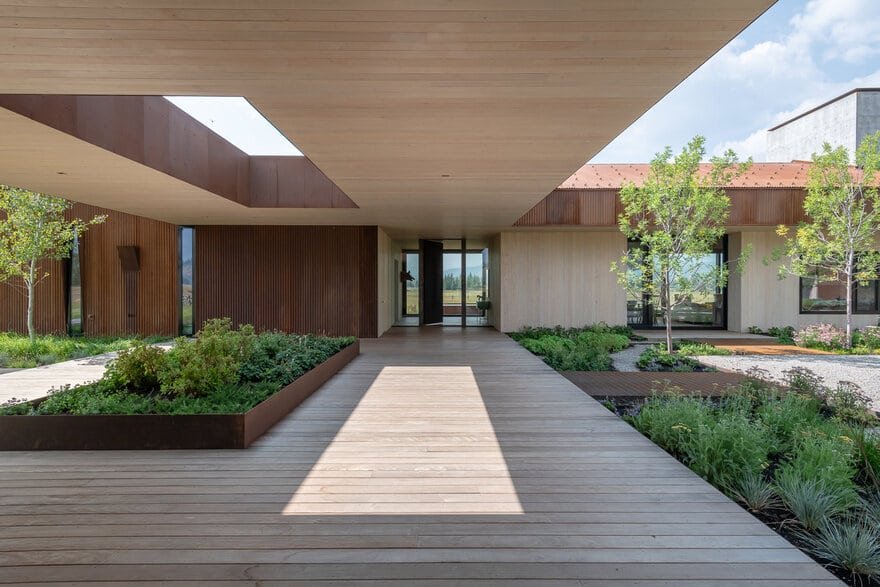 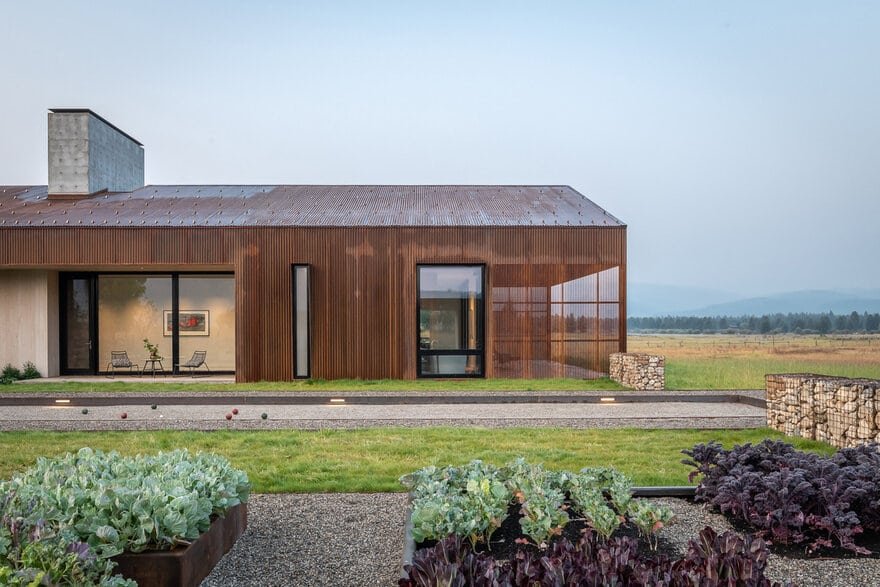