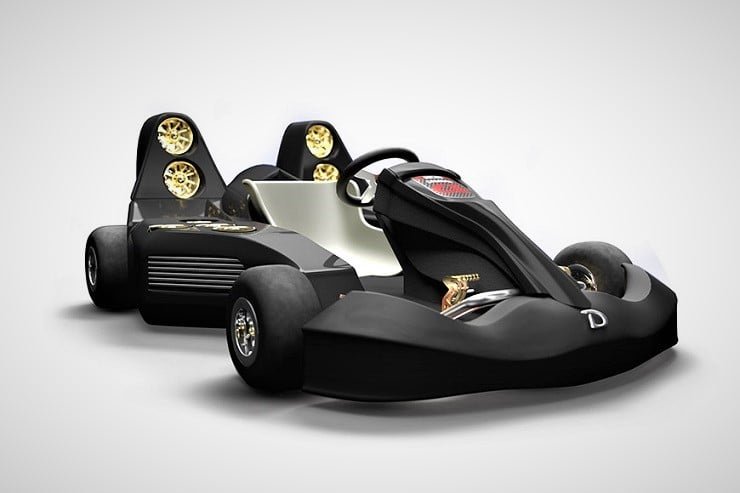 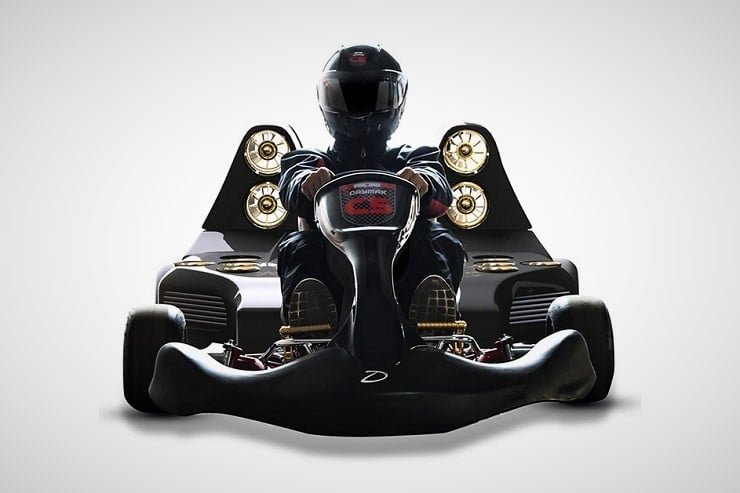 Capable of going 0 to 60 mph in a lightning 1.5 seconds, the Daymak C5-Blast Ultimate ($60K) is the fastest electric go-kart in the world!

The C5-Blast uses a dual approach to attain such a feat. First is a liquid cooled 10,000-kw brushless e-motor powered by a 2,400 Wh Li-Ion battery, and four Electric Ducted Fan (EDF) motors bracketing the driver for extra forward thrust. Secondly, there are eight more of the EDF’s on the underside of the body which proved 212-lbs of upward thrust, allowing the C5-Blast’ 441-pound body to float enough that the forward motors are only pushing the equivalent of 220-lbs.

The C5-Blast also comes in a much less expensive basic model that does not include the EDF motors (0-60 time in a ‘lousy’ 3.9 sec) thus allowing for a more ‘traditional’ feel to the go-kart ride.