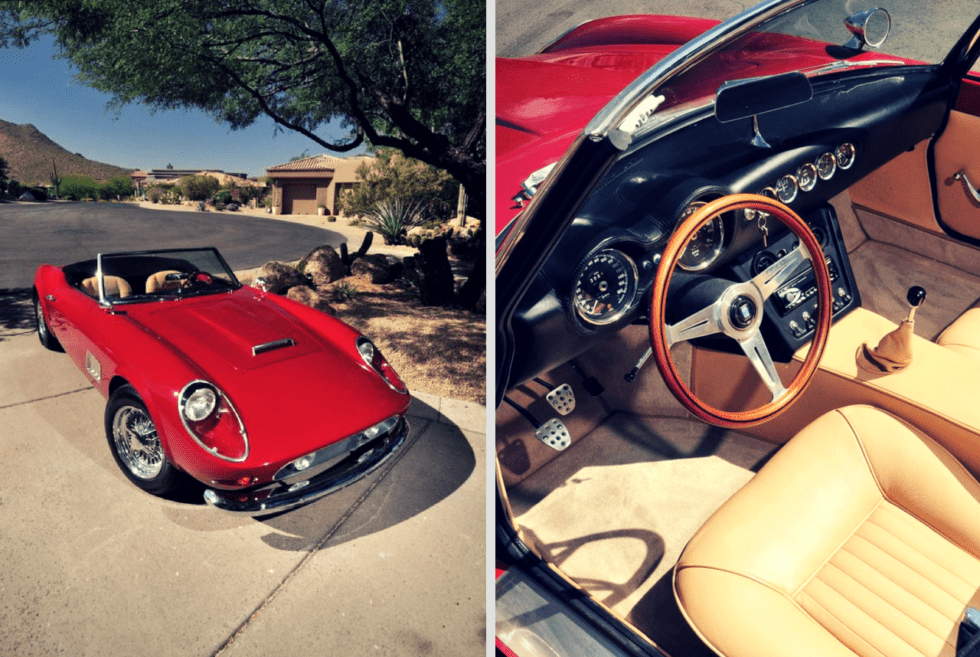 One of the two 1961 Ferrari 250 GT California replicas used in the 1986 John Hughes film Ferris Bueller’s Day Off is going up for auction late August, and is liable to sell for a quarter of a million dollars or more.

If you are a movie buff and have a keen eye for detail, you may be aware that in 1985, a particular movie considered Ferrari’s vehicles as way too prestigious and expensive to be destroyed in movie scenes. The movie we are talking about is Ferris Bueller’s Day Off. In this 80s classic, many of the Ferrari scenes actually included no Ferraris at all. Instead the film makers looked elsewhere for their “Ferraris”. Where did they turn we hear you ask? Well, they got in touch with Modena Design and Development based in California for some of their Modena GT Spyders.

Round of applause for these Californian car experts who seem to have pulled off one of the film industry’s biggest pranks by fooling many of us that invaluable Ferraris were being destroyed before our very eyes. After all, this mistaken identity is a massive testament to their craft that three of their custom cars could be mistaken for such car gold. In particular, their designs and ability to construct exceptional cars that mirror Ferraris is second-to-none.

The one seen here is number three of destroyed Modenas but was actually restored by Modena’s founder, Neil Glassmoyer. Not only is it now an exceptional vehicle with a V8 engine and outstanding bodywork, it is now a film star as well. If it could receive a Golden Globe, we would vote for it!