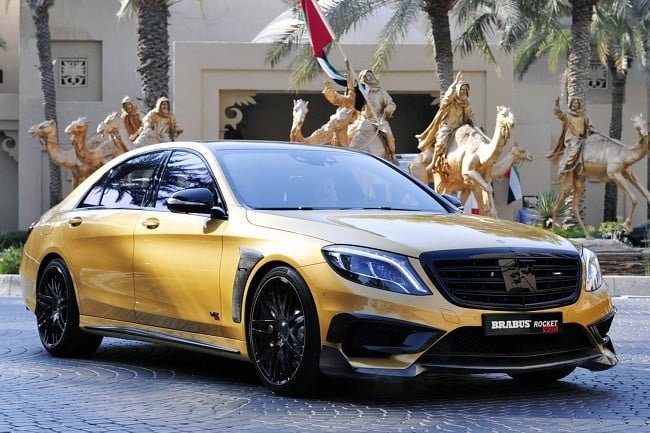 When you see the name “Brabus” appear next to the name of a vehicle, you know it’s gonna be a Mercedes. You also know it has to be a ballsy looking one with insane power, to match the looks. But you don’t have to take our word for it, just take a peek at their latest work – the Rocket 900 “Desert Gold” Edition ($TBA) – and you’ll get it.

This bad boy is based on a Mercedes S65 that already had quite some impressive capabilities (e.g, the 621 hp V12 engine), but obviously they weren’t enough for the lads at Brabus who wanted even more umph, so they raised the output to 900 horsepower and a peak torque of 1,500 Nm. As a result, the car sprints from 0 to 60 mph (100km/h) in 3.7 seconds, and further to 124 mph (200 km/h) in a mere 9.1 seconds! To cope with that power, other customizations had to be done, including an upgraded aero, suspension, rolling stock, exhaust,plus front&rear carbon fiber spoilers, for better aerodynamics.

As you can appreciate, this is not a shy Merc. It boasts bling all over the place: the exterior is swathed in deep gold paint, the 21-inch black wheels have gold pin striping, and the interior is full of golden details. It’s clear that the Rocket 900 Desert Gold’s looks aren’t everyone’s cup of tea, and evidently neither is the price tag, which should approach a seven-figure mark. 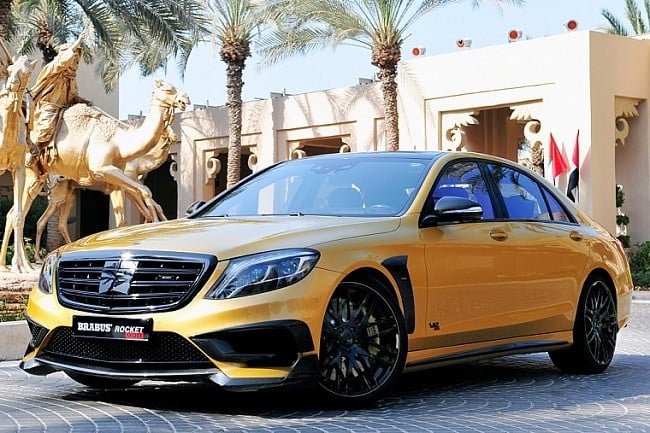 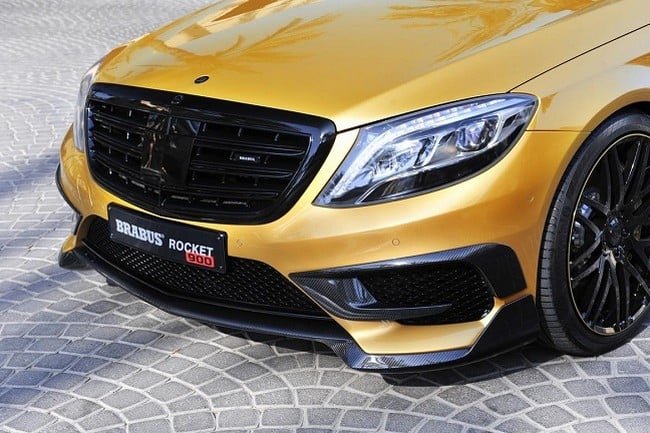 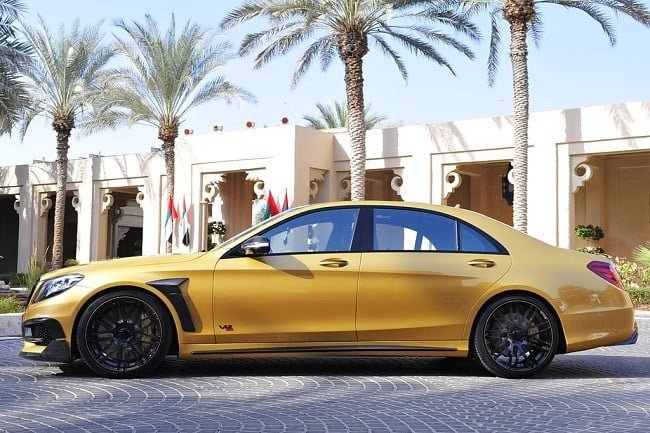 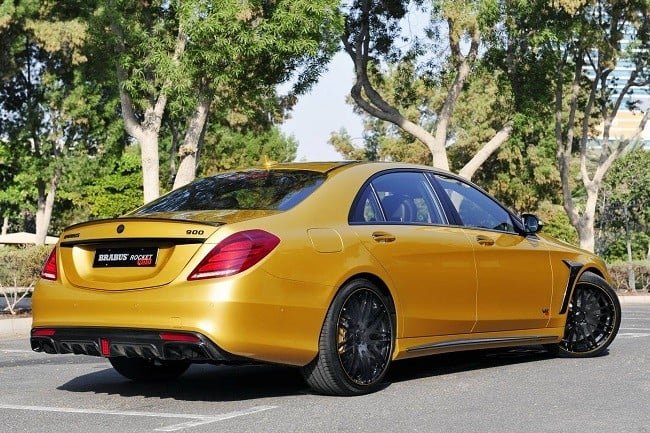 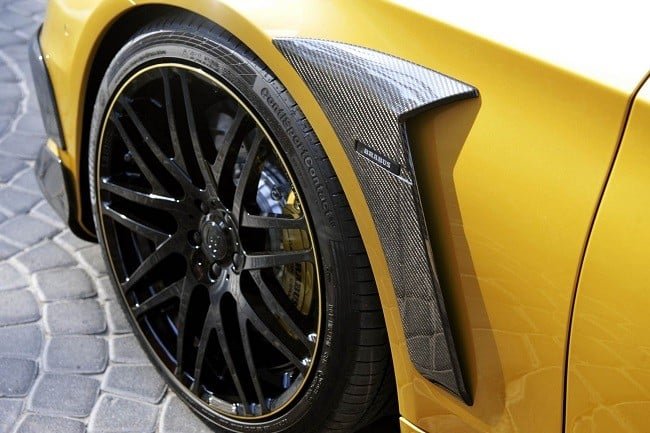 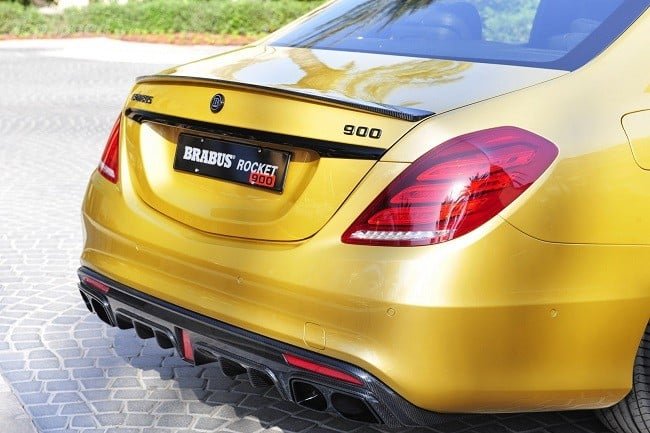 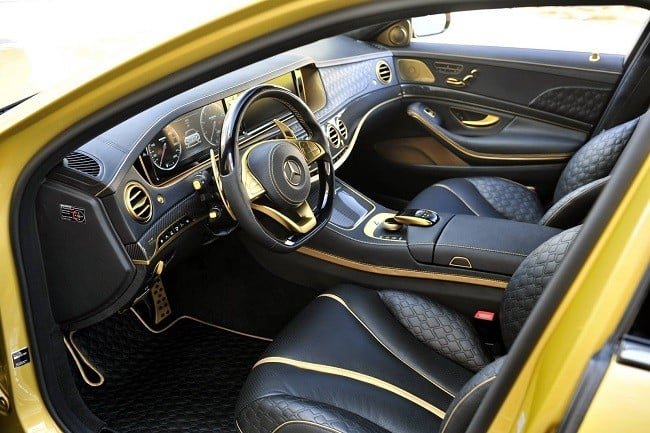 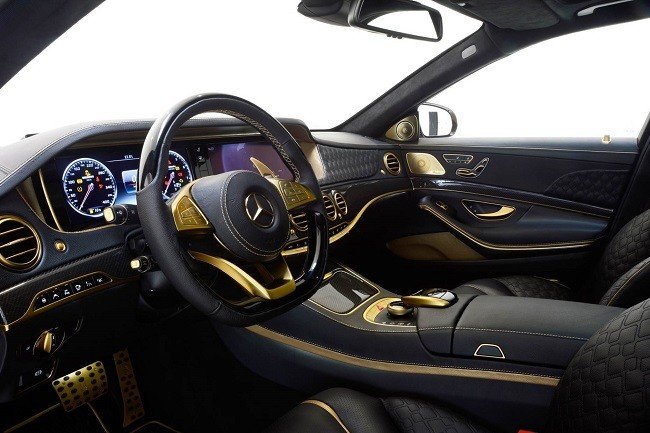 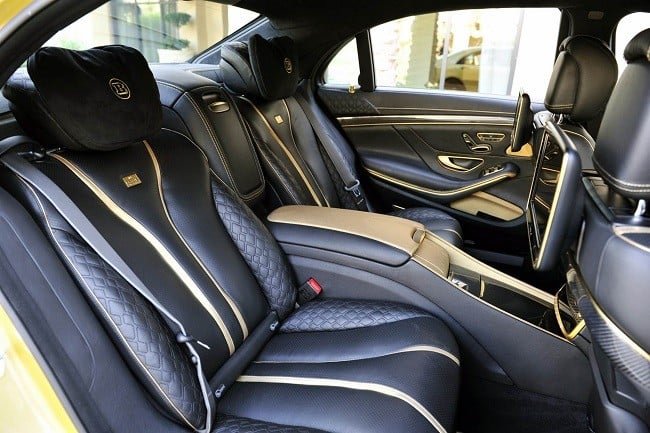 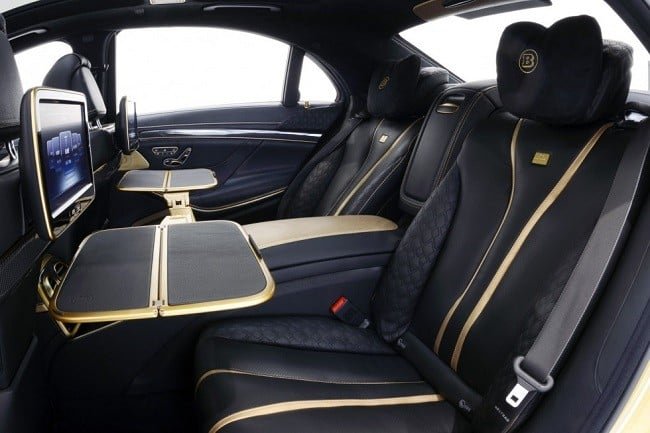 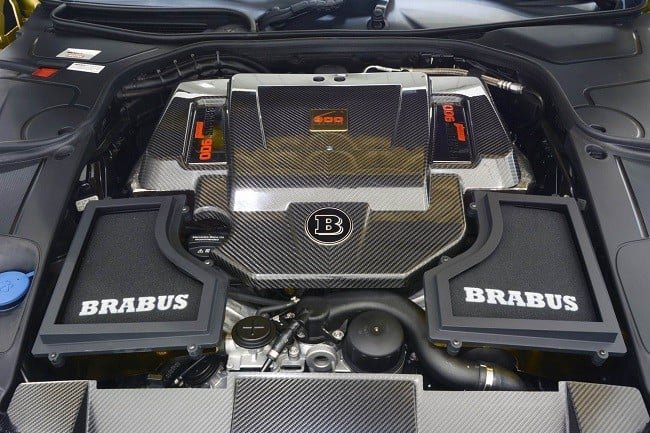