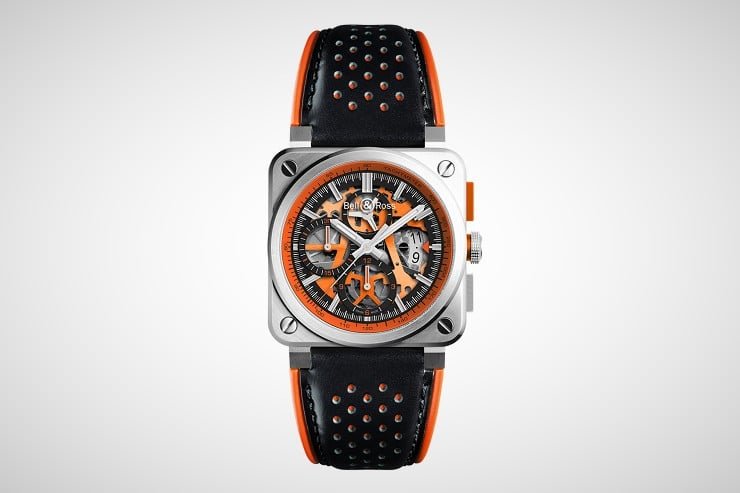 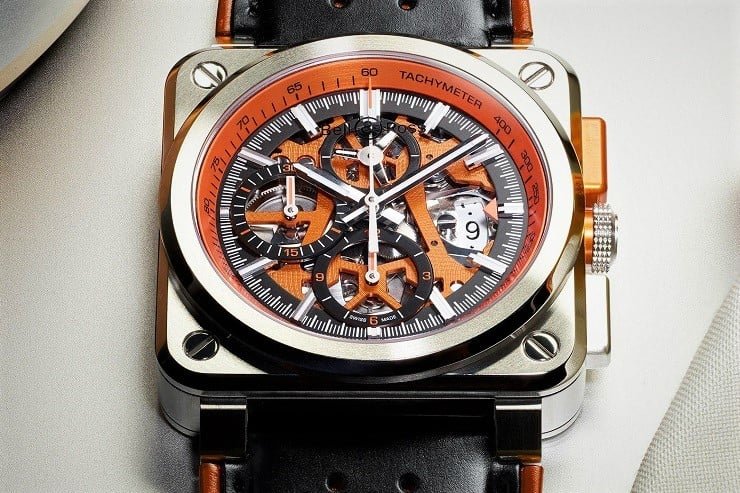 As French luxury watchmaker Bell & Ross have evolved the brand away from their military roots, they have found new inspiration from the world of supercars. As a follow-up to last year’s introduction of the AeroGT line, they have just released a new edition of the BR 03-94 AeroGT ($8,800) with bright orange accents.

This new creation originated with a concept car design by Bruno Belamich which then morphed into the chronograph. Limited to only five hundred units worldwide, the 42mmm square case features Bell & Ross’ accented circular dial, with features that include hours, minutes, and small seconds as well as the date marking, 12 hours & 30-minute timers, and a tachometer on the flange.

The timepiece is powered by the BR-CAL.319 automatic mechanical movement with a 42-hour power reserve and is water resistant to 100 meters. Under the sapphire crystal is a skeletonized dial where the movement’s bridges, flange, starting pusher, and strap piping are a deep orange to contrast with the Superluminova indices. This brightly colored watch may not be for everyone, but then it wasn’t designed to be.

The Flieger F-41 Midnight Blue runs on Fortis’ UW-30 self-winding movement with a 38-hour power reserve and is crafted out of recycled steel.