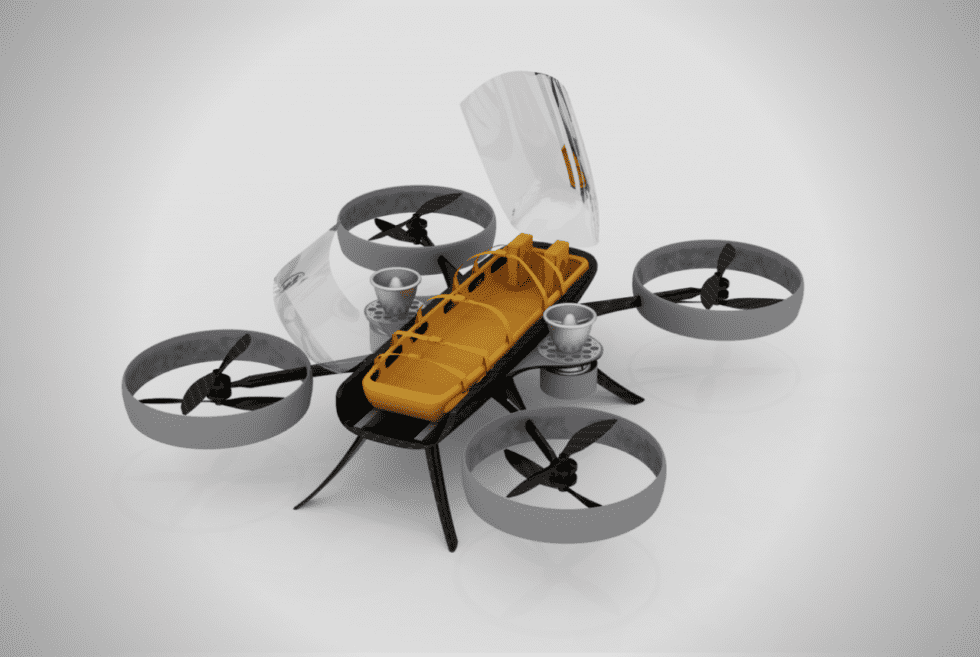 While most of us use drones to get that perfect bird’s-eye-view footage, its potential goes far beyond film purposes. Especially unmanned drones, or those that don’t need a pilot to safely and accurate navigate their surroundings.

Such drones are perfect for swooping down on emergency areas and providing supplies that otherwise can’t be transported via conventional vehicles. Say, for example, a person is trapped in a remote area unreachable by larger vehicles and needs immediate medical attention. Authorities can send a drone their way for aid.

Vincenzo Navanteri had that in mind when designing a new kind of quadcopter drone concept. One that’s large enough to carry a person to safety. What’s more, he took home $20,000 at the recent World Air Sports’ International Drones Conference for his ingenious design.

What impressed the judges about Navanteri’s drone concept is its onboard camera, backup batteries, as well as its oxygen supply unit and health-monitoring technology. The Italian designer wants this drone to operate in all weathers and in a variety of natural calamities. That includes earthquakes, floods, and even nuclear contamination zones. He plans on using the prize money to build a self-flying machine capable of carrying a person or emergency supplies weighing up to 265 pounds at a speed of 68mph.

Perhaps the standout feature of the drone is its range, allowing it to fly non-stop for up to 95 miles. That’s using only two gas-driven micro-turbines that generate electricity to power the battery-powered propellers.

“The potential for drones to do good is great, and ideas like this single-person drone ambulance show the potential,” says FAI president Frits Brink.