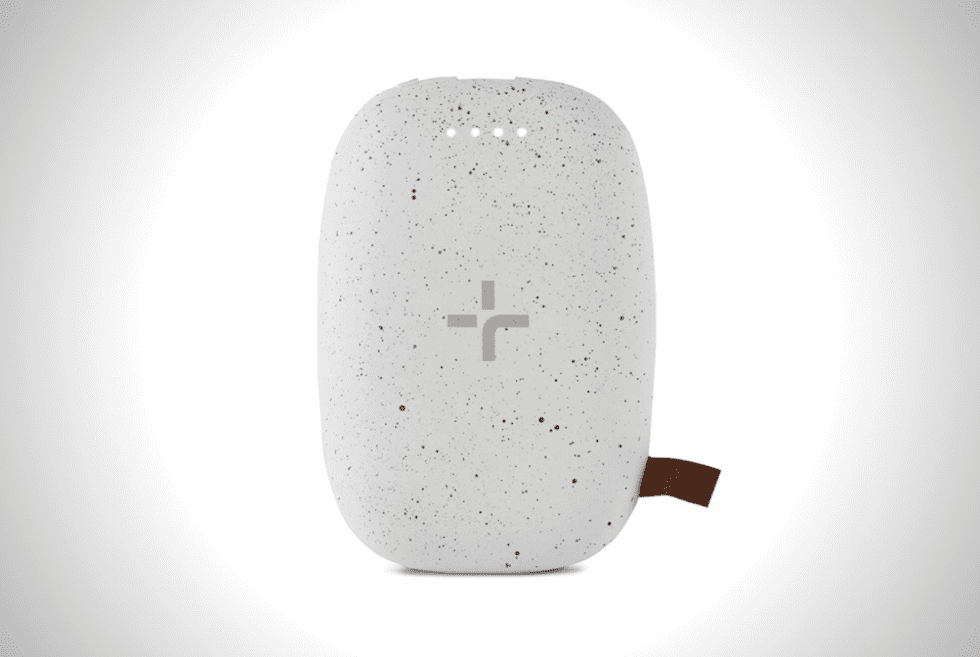 Though the image you see above looks unmistakably like an off-white version of those eerie and majestic floating pods in the 2016 film Arrival, that’s actually a wireless charger and power bank rolled into one, from mobile accessory manufacturer TYLT.

With the Pebble wireless charger and powerbank combo, you never have to worry about running out of juice. It works with virtually all smartphones that support the Qi wireless charging standard, including the iPhone X, iPhone 8, iPhone 8 Plus, and essentially all of Samsung’s handsets with wireless charging capabilities. It won’t work with your Google Pixel phones, unfortunately, since those aren’t Qi-enabled.

Turning in for the night? Just place your phone on top of the Pebble to fill it up while you sleep. On a trip and need some extra juice? Just plug in your charging cable into the USB port and press the power button to begin charging. You’ll be able to use the phone as it charges, just like you would when connected to any regular powerbank.

The Pebble itself comes with its own 4,000mAh battery, just about the same as a typical flagship smartphone these days. With that amount of power, it can provide two full charges via wireless charging. And the great thing about it is that you don’t even have to take your phone’s case off before placing it on top of the Pebble. Just make sure there’s no other obstruction between the case and the Pebble.

To be clear, there are many third-party wireless chargers in the market right now, but unlike Pebble, most of them don’t function simultaneously as a powerbank. At just $60, that’s an incredible value for your money, and it’ll definitely save you battery-related headaches down the road.

The TileRec from Atto Digital proves that there is always room for innovation as long as there are brilliant minds that never give up.

Similar to the Apple Watch Series 6, The Venu Sq now ships with a blood oxygen saturation sensor and Garmin Pay for contactless payments.

it’s LG’s time to turn heads when the screen of the Wing swings up to reveal perhaps the most unique smartphone of 2020.

The MAXOAK Bluetti EB240 2400Wh/1000W Power Station offers the convenience of AC and solar recharging for a limitless power supply for your tech gadgets and household appliances.