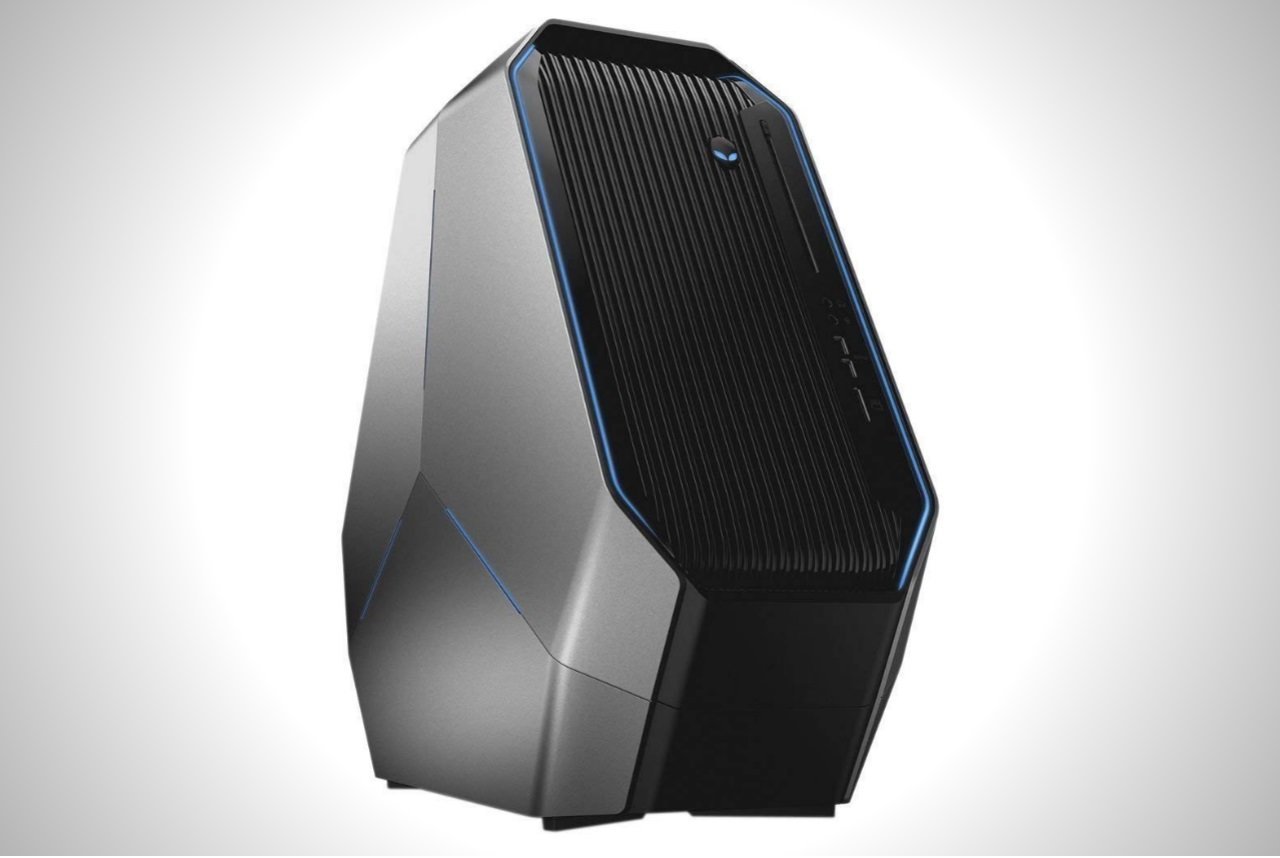 Mobile gaming is taking the world by storm as smartphones are upgrading their chipsets. However, in a traditional sense, portable gaming normally refers to high-end laptops that can handle even the most demanding software. However, PC gamers would still opt to enjoy the newest titles on a desktop. This allows them to maximize every nuance that consoles and laptops can never muster.

Alienware is planning to invade your homes with the 2018 Area 51 R2 gaming desktop computer. An angular monolith lined with sleek LEDs that provide a futuristic vibe to its enclosure. Don’t let the minimalist triangular form factor fool you—this imposing 22.4 x 25.16 x 10.74-inch object weighs in at a hefty 68.3 pounds. Thankfully, the integrated handles and unique shape make it easier to move around.

Pop off the side panels via the quick-release latches and you’ll gain access to a generous space that houses its components. One side houses the CPU and video cards, while the opposite flank holds your storage.

By default, the rig comes with an Intel Core i7-6800K that’s paired with 32GB of DDR4 RAM. You also get an NVIDIA GTX 1080 with 8GB DDR5X to handle even the most resource-hogging AAA games. Meanwhile, ample storage is provided by a 512GB SSD and a 2TB 7200 RPM HDD. You always have the option to go overboard and connect up to three GPUs in SLI configuration as well as up to five SSDs or HDDs.

Moving to the exterior, the front end carries a large grille lined with various ports and the optical drive. You can also make out a power button shaped like the brand’s emblem that likewise lights up during operation. The rear end hides a nifty little button that activates a pair of LEDs to illuminate the ports, which is handy in low-light conditions. The 2018 Area 51 R2 looks even more mesmerizing when its paired with the whole lineup of Alienware accessories. 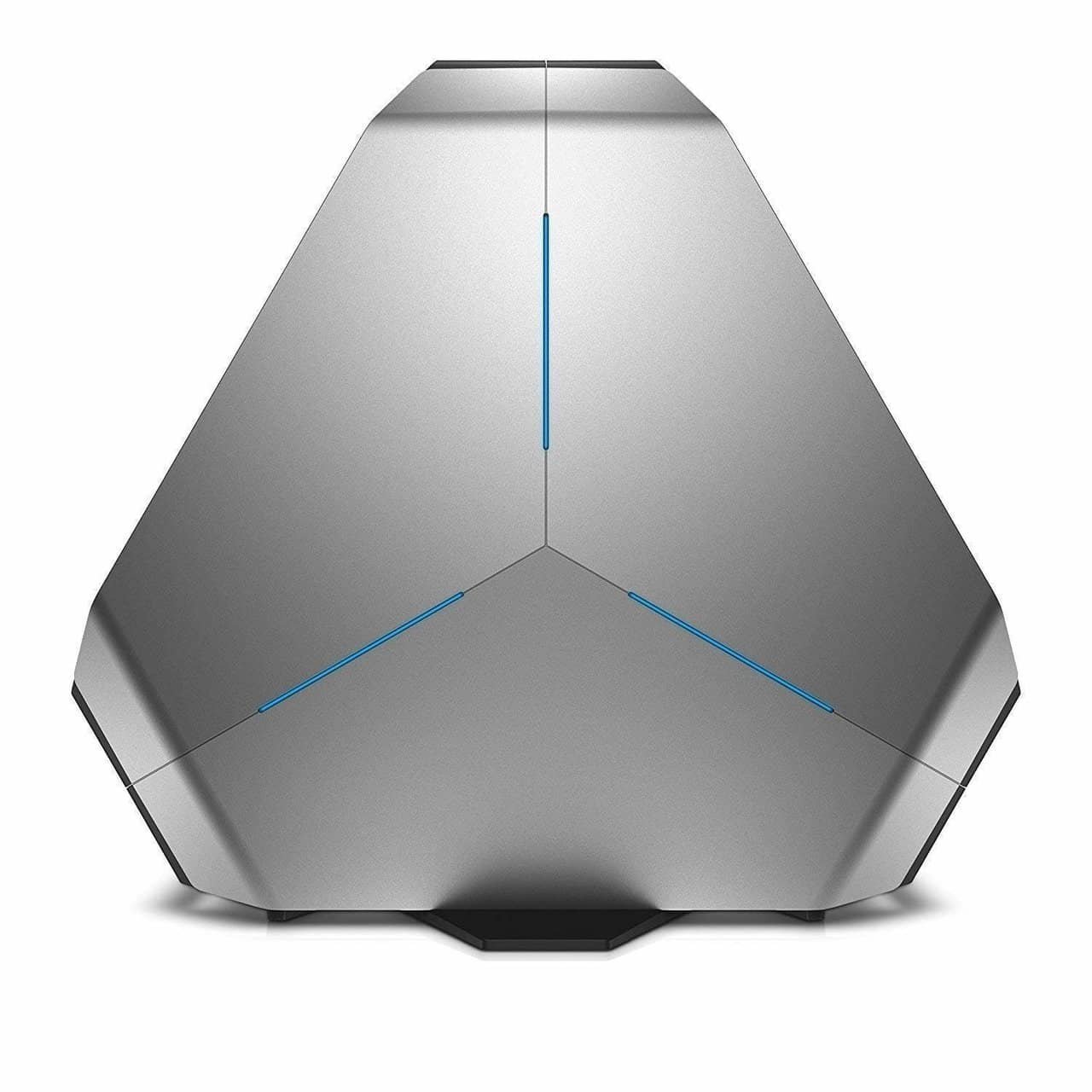 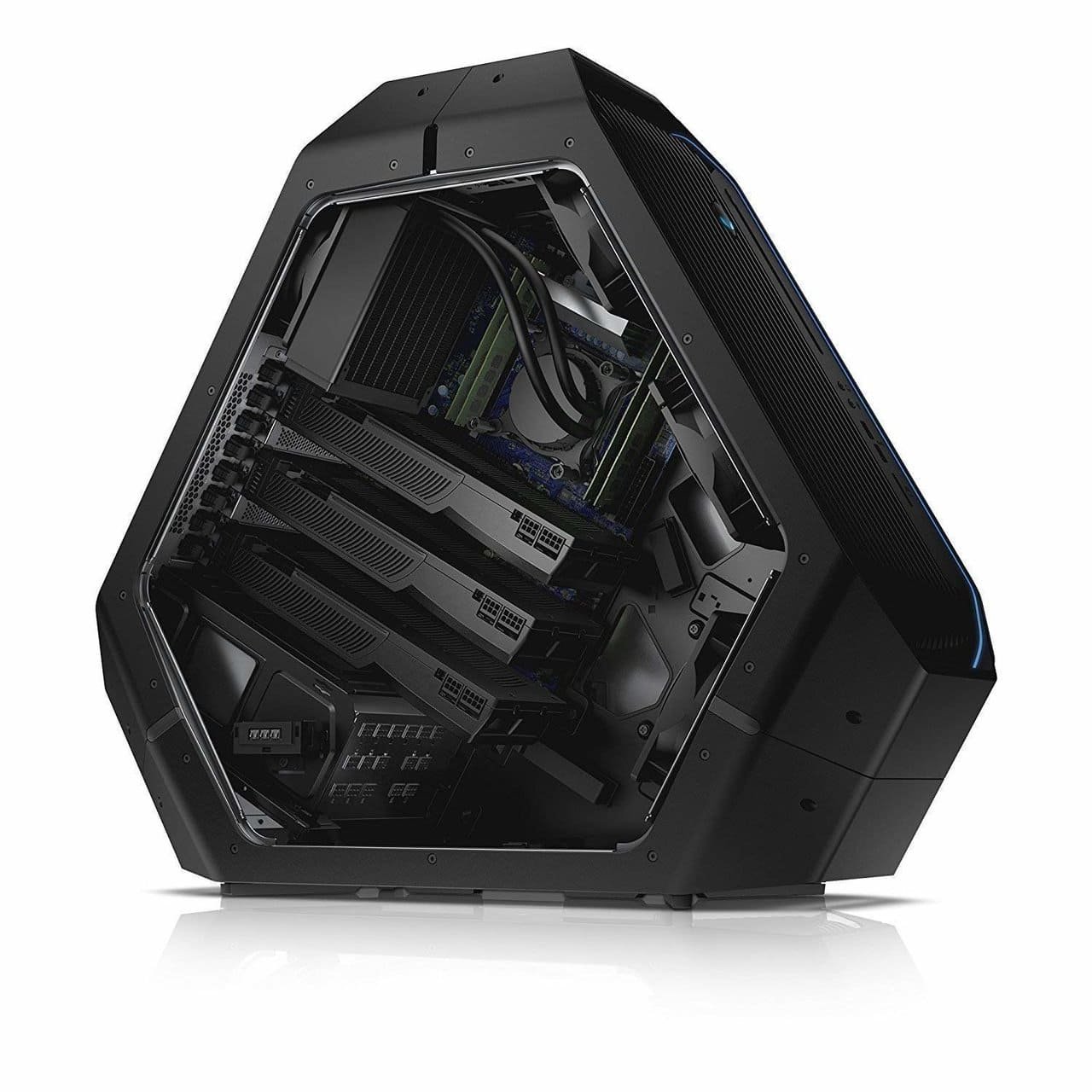 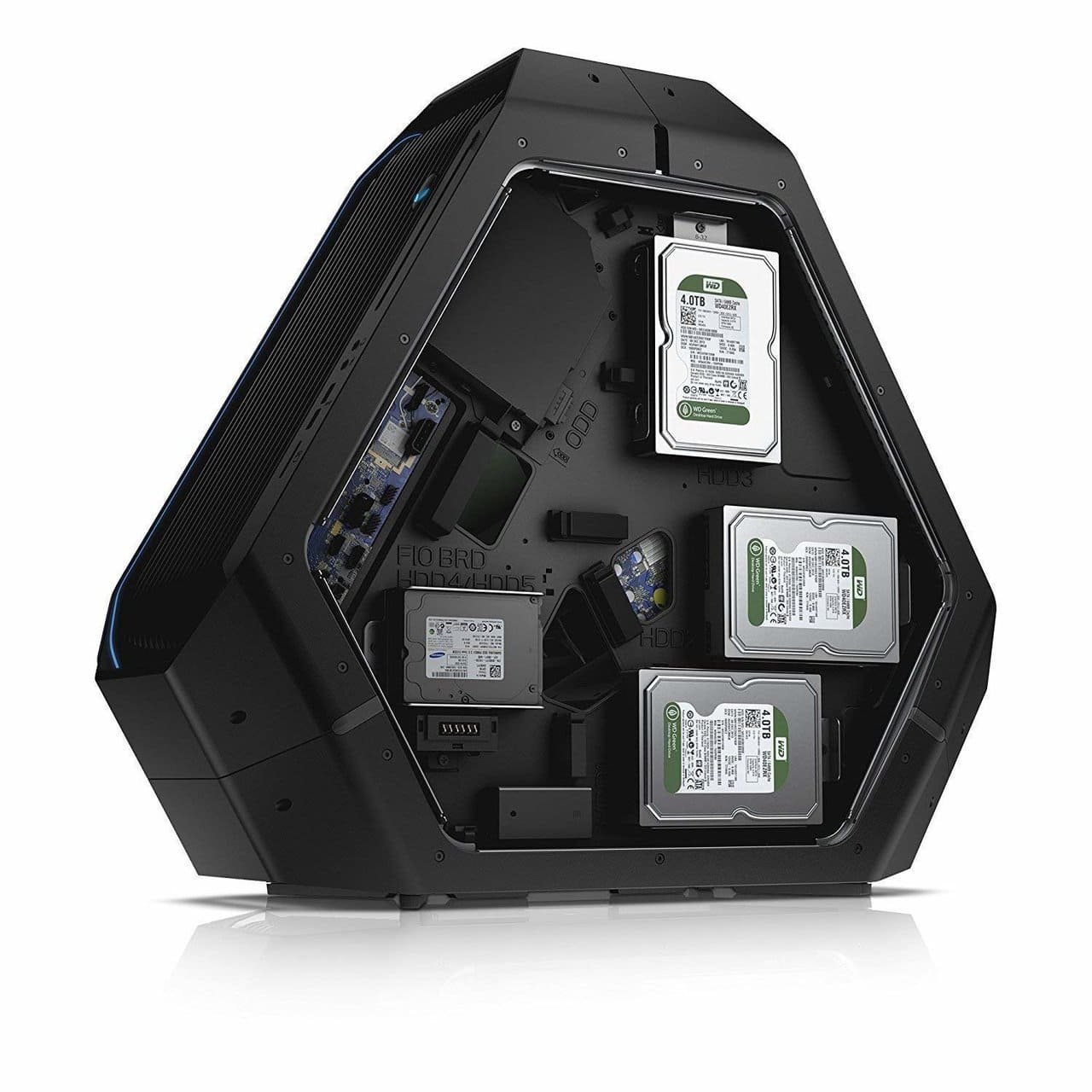 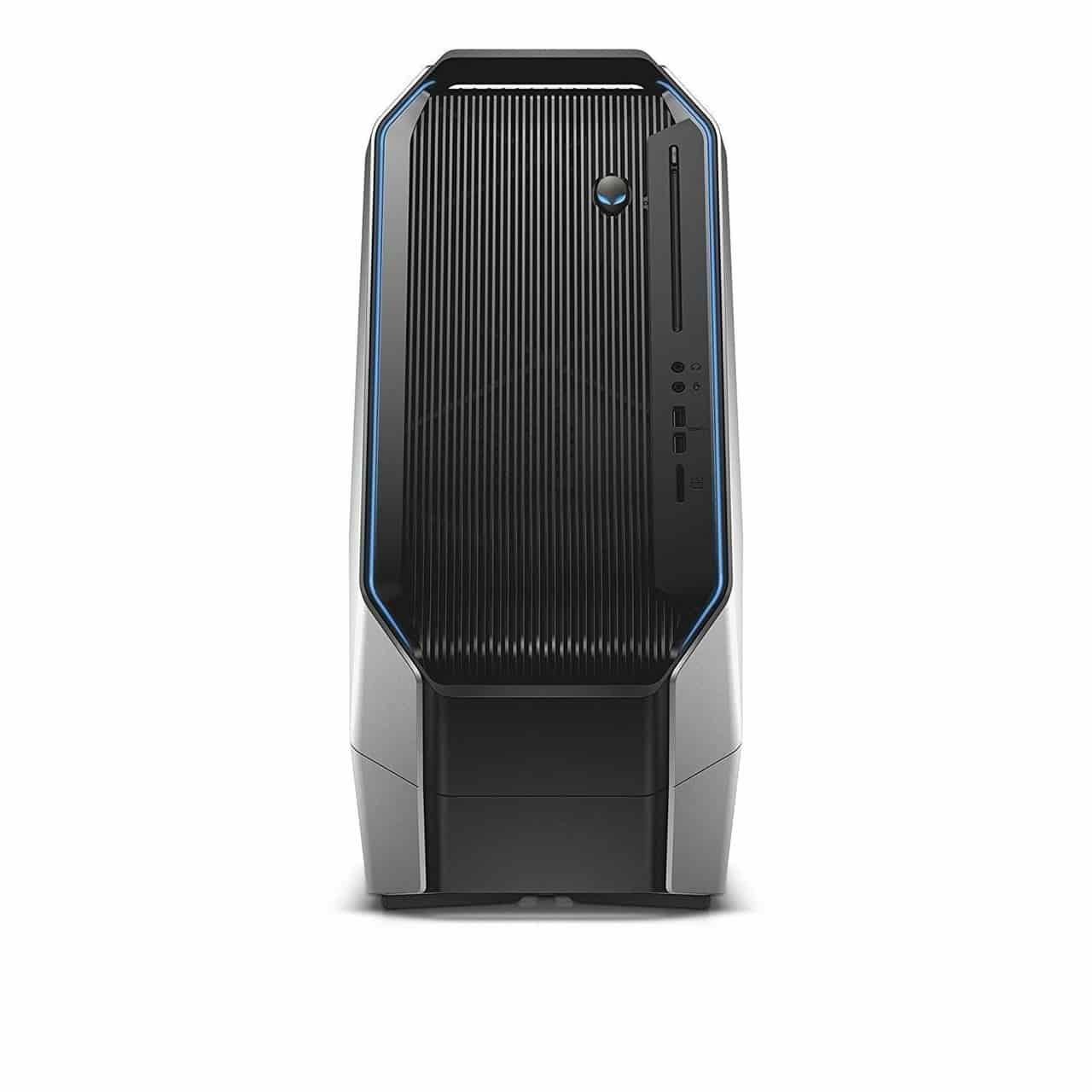