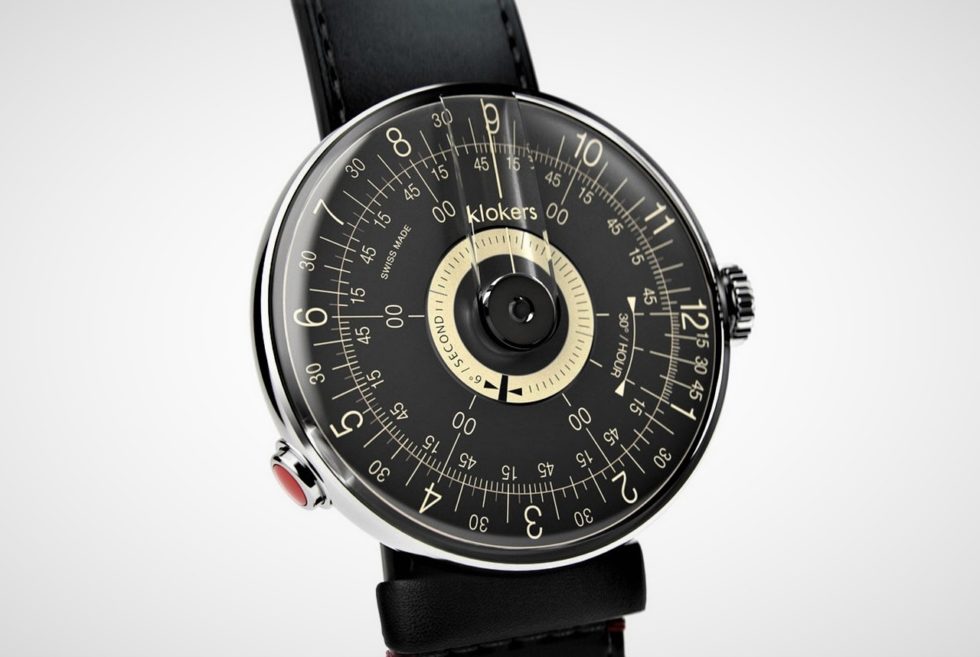 Independent Swiss watchmaker Klokers has just released details of their third totally non-conformist offering, the KLOK-08. Just like its predecessors, the new model has a 1960’s slide rule inspired dial design. Intended as a unisex watch, the KLOK-08 fits into a 39mm stainless steel case.

Unlike regular watches where the hands circle a fixed dial, the KLOK-08 instead features two concentric disks that move counter-clockwise so the time is displayed under a stationary vertical magnifying strip that has been superimposed on the triple injected glass dome. Powered by a quartz caliber Ronda Swiss movement, the outer ring features hours and minutes with the inner ring showing seconds.

Also known for interchangeable accessories, KLOK-08 has a quick-release feature that lets you move the case to one of three options; the wristband, pocket watch clip, or a folding desk stand. The clean and stylish timepiece comes with either a rose gold, black, or grey case and four options of wristband. 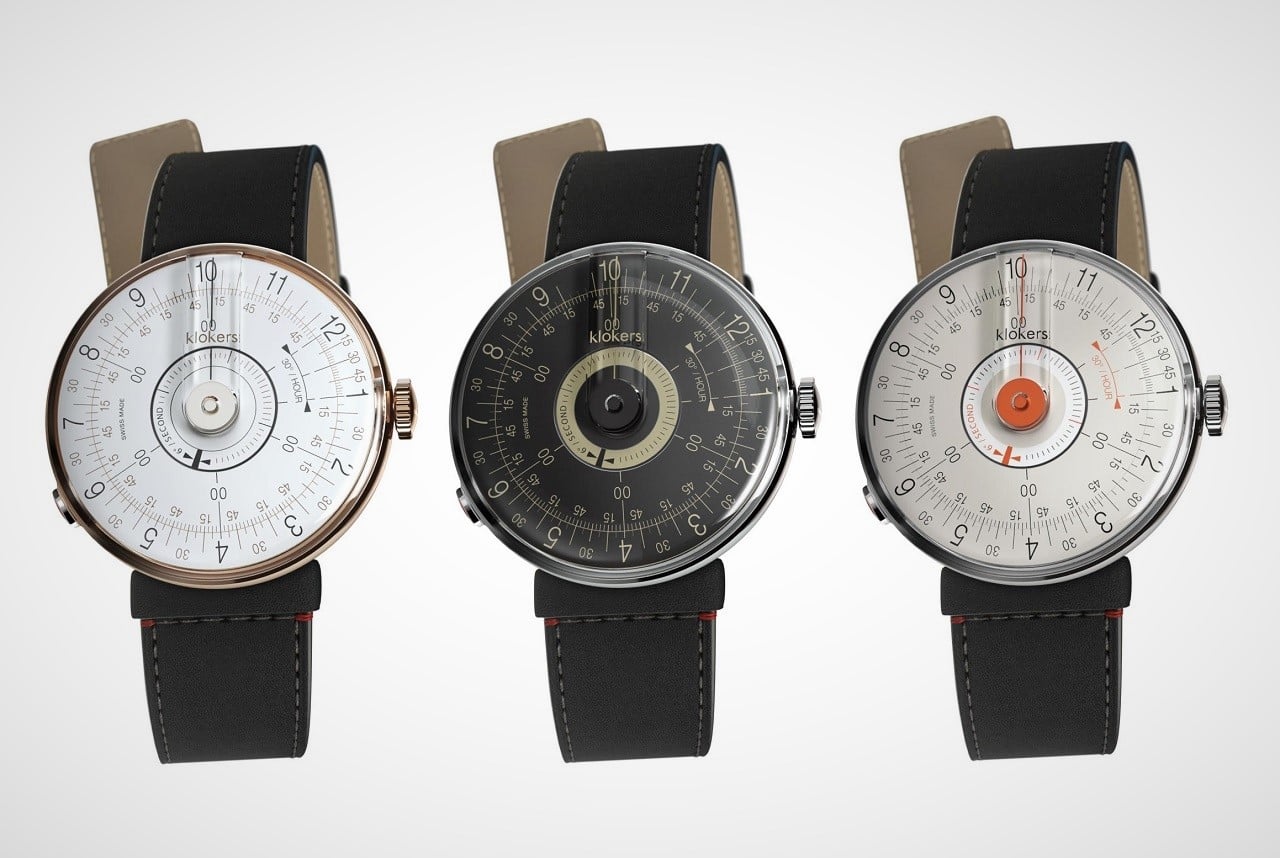 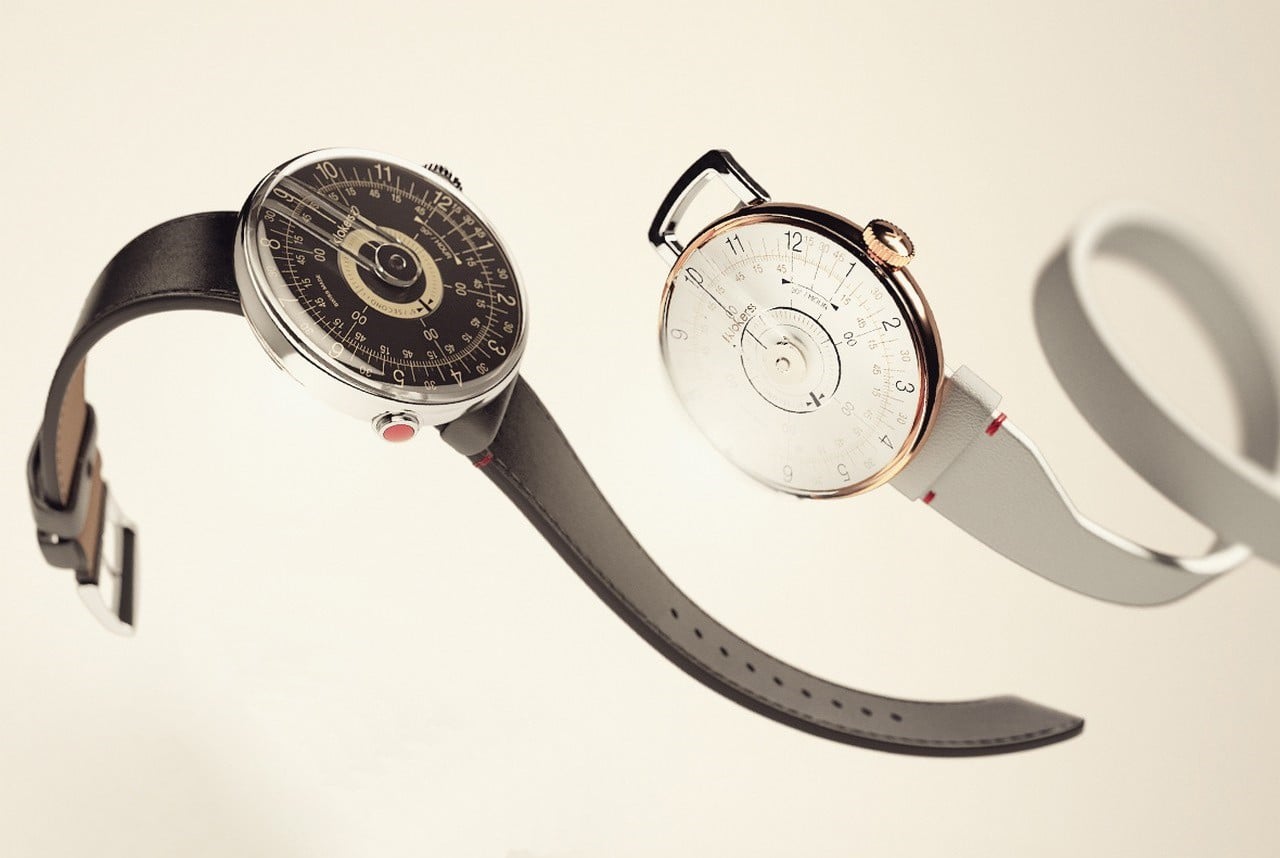 The Harber London Flat Leather Passport Holder is an elegant, practical, and secure carry for your passports, credit cards, and more.

Reintroduced for the modern era, the new Q Timex resurfaces from 1979 to make the dive-inspired watch cool for modern tastes again.

The Pioneer Carry Division Billfold Wallet holds a max of 12 cards and offers RFID protection. Its construction of 10XD fabric and 3PN ripstop nylon makes its waterproof, durable, and maintenance-free.

Each Hublot Big Bang Unico SORAI sold will have a substantial portion of its proceeds go to the conversation of critically-endangered species of rhinos.