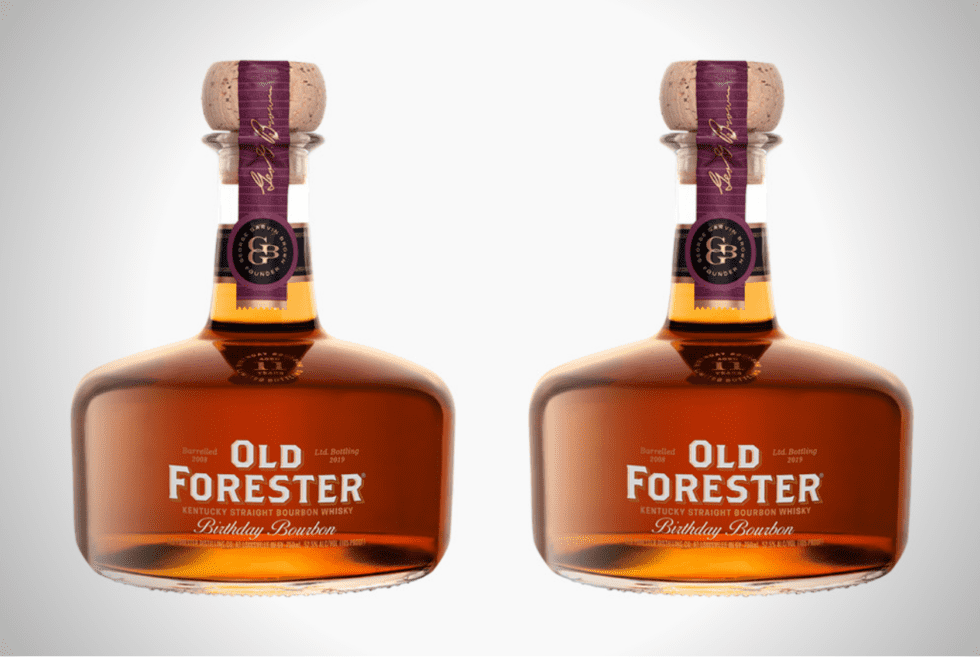 It’s still just June but Old Forester is jumping the gun by releasing initial details of this year’s Birthday Bourbon. It won’t come out until Sept. 2, of course, but now is a good time as any to get whiskey lovers hyped up for its forthcoming offering.

The 2019 Birthday Bourbon will be 11 years old and bottled at 105 proof. That’s the highest proof tot date in the product’s 19-year existence, just so you know. The full allotment represents one day’s production of Old Forester. Here’s Jackie Zykan, Old Forester Master Taser, on the new lot:

“When selecting the barrels for this year, we found something truly exceptional in this lot and we’re proud to call it our 2019 Birthday Bourbon.”

Old forester bottled 120 barrels on May 15, 2008. But because evaporation year after year, only 2,200 six-bottle cases will be released nationwide. That is if you’re lucky enough to snag one. We’re sure this won’t stay shelves too long after coming out, so act fast. Each bottle will retail for a cool $99.99. As for the taste, Zykan says it’s rich in oak, blackcurrant, and caramel cake. There might even be traces of floral notes in there if you’re really degustating.

The birthday Bourbon has been an anticipated annual release ever since 2002. That was when Old Forester decided to release its first-ever celebratory bourbon marking its founder’s birth. It’s highly sought-after, selling at prices ranging from $500 to as much as $5,000. Hit the link below to know more.