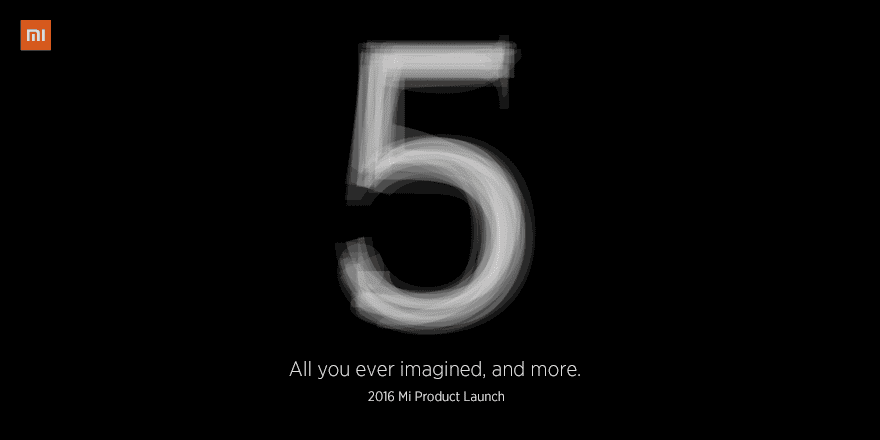 The Xiaomi Mi 5 release date has now been confirmed, and we shall get to see the new device on the 24th of February.

Up until now, we weren’t very sure about the launch of Xiaomi’s flagship smartphone for 2016. Reports had speculated that the device will be launched sometime in February. Now, though, the head of global at Xiaomi, Hugo Barra, himself has confirmed that the Mi 5 will be announced on February 24.

Recently, a post by Xiaomi’s Senior VP Wanqiang Li on Chinese micro-blogging site Weibo mentioned a February 24 special conference. There were speculations that Xiaomi would announce the Mi 5 at this event, and it turned out to be true.

#Mi5 is almost here! Xiaomi’s first product launch in 2016, on February 24. It’s everything you imagined, and more.

The Xiaomi Mi 5 is going to be their flagship smartphone for 2016. The device was originally supposed to be released last year but was delayed. It is now all set to be unveiled.

If we’re to go by all the leaked renders and other rumors, the Mi 5 is going to be a smartphone with a metal frame with glass at the front and back. Here’s what we know so far, what we believe will be the official Xiaomi Mi 5 specs;

That’s great specs for a smartphone that we all know will be priced well below $400. Yup, Xiaomi has always priced its smartphones competitively, so expect the Mi 5 to have an excellent price tag as well.

The Xiaomi Mi5 is supposed to be available for purchase one week after its announcement. The company has been doing very well and is currently the biggest smartphone maker in China. We don’t have to wait much longer to see what the Mi 5 has to offer.