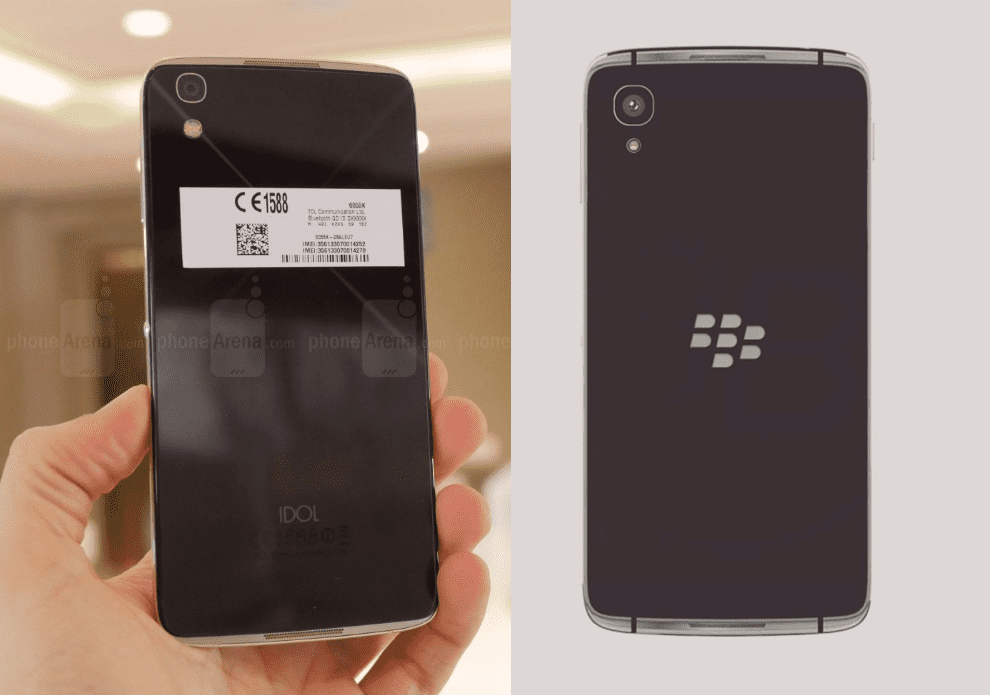 BlackBerry is working on not two as reported earlier, but three new BlackBerry phones to be released in 2016 and early 2017.

Despite lacklustre sales and posting a loss on BlackBerry Priv in the first quarter of 2016, CEO John Chen said in a recent press conference that BlackBerry still has a relevant position in the market.

Now the company seems to be making a strong move towards solidifying their position, going all out to follow through on Chen’s promise at the company’s recent AGM, to make the handset business profitable this fiscal year.

The trio is expected to target a range of price points and form factors.

Now fresh reports reveal that BlackBerry Neon would be the first of the three new BlackBerry phones to arrive. It seems Hamburg, the phone with a 5.2-inch display and without a keyboard, is now called Neon.

Neon is a 5.2-inch full touchscreen (no physical keyboard) handset with 1080p resolution.

We have more leaked information other than the name. Here’s what a Twitter user tweeted about Neon.

What is interesting about this phone is that it looks very similar to Idol 4 from Alacatel. CrackBerry recently reported that BlackBerry is partnering with Alcatel’s parent, TCL, to rebrand one of Alcatel’s handsets with the BlackBerry name.

The source said, the phone has an aluminium frame with soft-coated plastic back. The phone comes with a Qualcomm’s Snapdragon 617, 3GB of RAM, 16GB of storage, 2610mAh Battery that supports QuickCharge 2.0, with a 13mp rear camera and an 8MP front-facing camera.

This low-to-mid range phone is expected to go on sale around July or August 2016 and will be competitively priced.

This is said to be the top end model out of the three new BlackBerry phones.

Under the hood, it will have the Snapdragon 820 SoC along with 4GB of RAM and 32GB of storage. The camera will be better than Neon, with an amazing 21MP rear camera and an 8MP front-facing camera. The 3,000mAh battery supports QuickCharge 3.0. The phone will have a USB-Type C Port and a fingerprint scanner.

Argon is said to be the next scheduled release with a date sometime in October 2016.

Coming to the third of the new BlackBerry phones, it’s Mercury. This comes with BlackBerry’s legendary physical QWERTY keyboard, just like the Priv.

According to previous reports, it’s Rome or Vienna that’s supposed to have a keyboard. We are not sure but Mercury could very well be another name for Rome or Vienna.

As you can see in the leaked image above, Mercury’s keyboard is right below the screen and not concealable. It does not slide out vertically from below the screen, like the one on Priv.

The display will be 4.6-inch full HD with a 3.2 aspect ratio. Fitted with Snapdragon 625 SoC, 3GB of RAM, 32GB of internal storage, this phone has an 18MP rear camera and an 8MP front-facing camera for selfies.

But the best thing about Mercury is its battery, which at 3,400mAH, is the most powerful out of the three new BlackBerry phones.

If the rumors are true, there’s a lot riding on these new BlackBerry phones. Priv’s lack of success is mainly attributed to the premium price point when it entered the market.