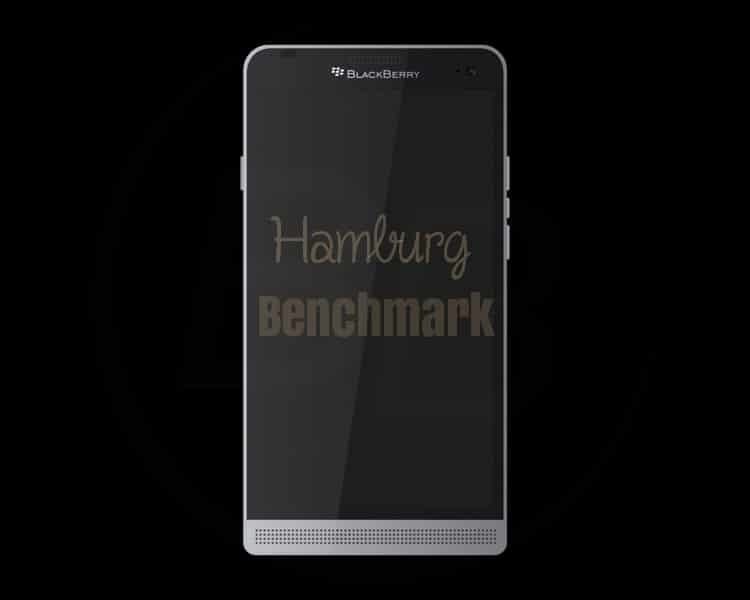 While the story of BlackBerry quitting the software sector and focusing on the more profitable hardware business has been making the rounds; the Canadian company is busy hitting headlines with a flurry of leaks and whispers from various sources in the United States and Europe, about its two new BlackBerry phones.

Soon after the launch of BlackBerry Priv, there was news of BlackBerry bidding farewell to BB10 Devices; and talk of BlackBerry launching two brand new mid-range Android phones, nicknamed Rome and Hamburg, later this year.

After that there were several leaks of specs, features and images of the new BlackBerry phones, mostly of Rome, which is speculated to be another name for Vienna.

Rumors stated that Vienna will come with a physical keyboard and Hamburg will have a touchscreen.

Now Hamburg showed up on a benchmark on GFCBench by BlackBerries.ru, revealing a mid-range phone.

The leaked specs suggest that Hamburg will be running Android Marshmallow and not the latest Android N. But BlackBerry may update it. The phone may also not be launched anytime soon.

If you look at the specs above, they suggest that the new BlackBerry phones are very different from the company’s flagship BlackBerry Priv.

But that comes as no surprise, keeping in mind BlackBerry realized that Priv was a mistake and sales suffered due to the high price point. This opinion was voiced by CEO Chen himself.

In an April interview with The National, an Abu Dhabi-based publication, BlackBerry CEO said one of its Android phones would come with a full touchscreen and one with a keyboard in 2016. But he didn’t specify a time of release for the two new BlackBerry phones.

He admitted that the sales of the Priv suffered due to it being too expensive and that the company is now focusing on mid-range phones:

“The fact that we came out with a high-end phone (as our first Android device) was probably not as wise as it should have been.”.

We can’t be sure if this benchmark is just a rumor or real, but it fits in perfectly with what people think would be BlackBerry’s next step – to bring out mid-range phones and stay away from high-end devices.

Hamburg is still shrouded in mystery and we don’t know anything about the design.

Chen did specify that one of the new BlackBerry phones will not have a keyboard, and Hamburg is expected to be the one without. Rome or Vienna is said to come with a keyboard.

Speculation is rife that the two new BlackBerry phones would be priced below US$500, which is around £350 and AU$659.

In the absence of any clarity, we wait for the company to reveal more information and confirm a release date for it’s two new BlackBerry phones.