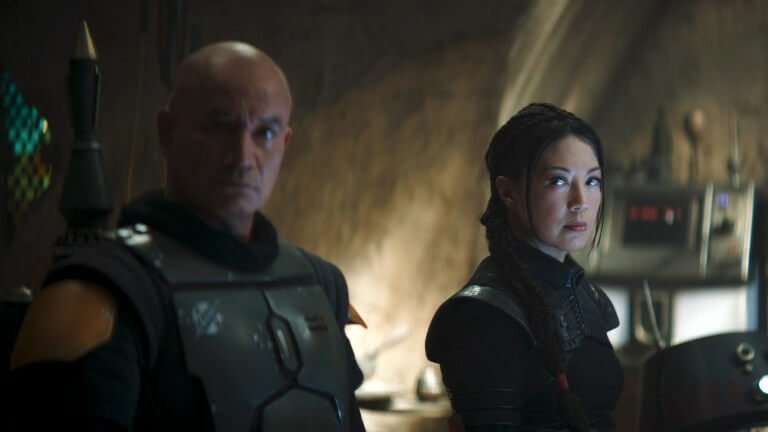 “The Book of Boba Fett” episode 6 titled “From the Desert Comes a Stranger” certainly did not disappoint fans. The episode had viewers’ feelings all mixed up, in a good way. There are crying, laughing, and cheering involved, and for very good reasons.

Spoilers ahead for “The Book of Boba Fett” episode 6

The episode is probably the most cameo-heavy episode in “Star Wars” television history. Just when fans thought the show could not get any better, they were in for a treat when suddenly EVERYONE from the “Star Wars” universe made a cameo. Luke Skywalker surprised viewers, picking up from his appearance in “The Mandalorian” Season 2.

In “The Book of Boba Fett” episode 6, the Jedi Master picks Grogu as his first student and takes him to a galaxy far away where he plans to build his new Jedi academy. This is a post “Return of the Jedi” version of Luke so CGI was used to make him look younger. Mark Hamill lent his voice for the character but actor Graham Hamilton played him in the flesh.

Then “The Clone Wars” bounty hunter Cad Banes appeared in the flesh, who showed his skills in a duel against Tatooine marshal Cobb Vanth (Timothy Olyphant) from “The Mandalorian” Season 2 and his deputy. Of course, the episode would not have been complete without fulfilling fans’ clamor to see Rosario Dawson’s Ahsoka Tano. She witnesses Luke Skywalker train Grogu and as he builds his new Jedi academy.

Suffice to say, “The Book of Boba Fett” episode 6 leaned heavily on fan service. Fans could not seem to get enough of it and they shared their reactions on social media.

One wrote on Twitter, “Episode 6 of Book of Boba Fett actually made me lose my mind!!!! I am actually broken at the moment!!!! Another shared, “Dave Filoni is a god that episode of Boba Fett is some of the best I’ve seen.”

Just when I thought book of boba fett couldn’t get any better …wow just wow pic.twitter.com/6m8FgNdtGQ

The Book of Boba Fett Episode 6 got me like pic.twitter.com/TzzZtzGsw8

Felt Like I watched a Star Wars Movie
Brought Back So Many Memories ?❤️? The Book Of Boba Fett EP 06 is ❤️
This Will be a Memorable Episode For Every Star Wars Fans
Thank You Dave Filoni ?#TheBookOfBobaFett #TheMandalorian#StarWars

Image courtesy of The Book of Boba Fett/Disney

The Best Steak in The World: 20 Steakhouses You Have to Visit

Curious about the best steak in the world? Why not check out our well-done list of 15 amazing steak houses you must try.

Microsoft is hyping up "Halo" fans from all over with the first official trailer for the live-action TV series coming out sometime in 2022.

Netflix will mark a new milestone as it is to celebrate 15 great years after it launched in January 2007. Since then, the streaming service company has become an inseparable…