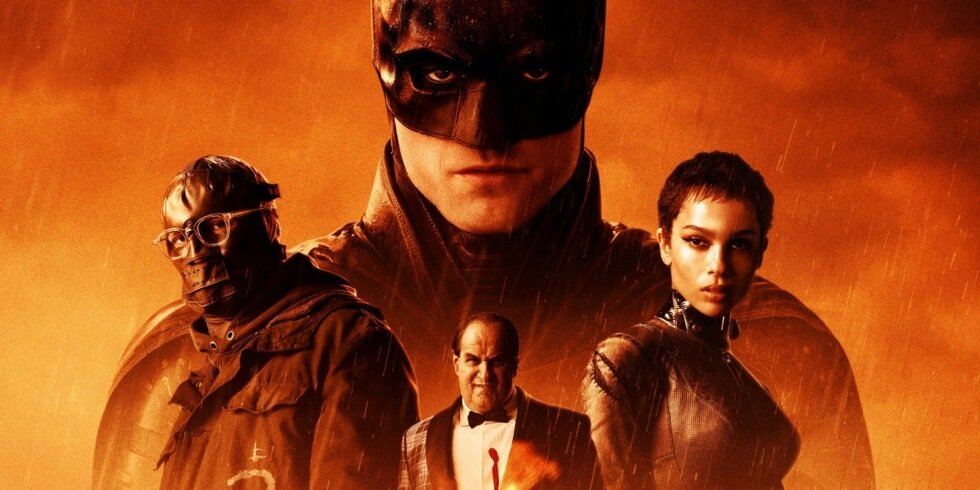 Warner Bros. is giving fans something to look forward to when “The Batman” premieres on March 4 in theaters. The studios just released brand new character posters and a new teaser trailer.

The official posters showcase the main characters in the gritty film. These include Robert Pattinson’s titular character, Catwoman, The Riddler, and Penguin. Each image features the phrase “unmask the truth” along with The Riddler’s iconic question mark.

Here we get the signature brooding, stoic, and dark Batman while Zoë Kravitz’s Catwoman looks mischievously seductive. On the other hand, Colin Farrell is totally unrecognizable in character as Penguin.

However, the surprise change is Paul Dano’s The Riddler. He is unlike any past iterations of the villainous character. Instead of suiting up in a lime green leotard and sporting a bowler hat, red hair, and a cane, Reeves takes on a different approach.

Check out the teaser and character posters below

The director shared his version of the antagonist in “The Batman” is a serial killer whose endgame in the film is as mysterious as his appearance. He wears a primitive costume and covers his face entirely with a mask.  Reeves told Total Film that he got the “rogue’s gallery costume” idea after he read “Mindhunter” and thought of the Zodiac killer.

Meanwhile, “The Batman” also shared a quick look at these characters in a teaser trailer that shows Catwoman in a red wig and Gotham’s vigilante unmasked as Bruce Wayne. Andy Serkis’ Alfred Pennyworth is also in the preview.

Images courtesy of The Batman/Twitter

New on Netflix: Every New TV Show and Movie Coming In December

Netflix bids goodbye to 2021 with a host of new original movies and shows and new seasons of your favorite series including Cobra Kai, Money Heist, The Witcher, and more.