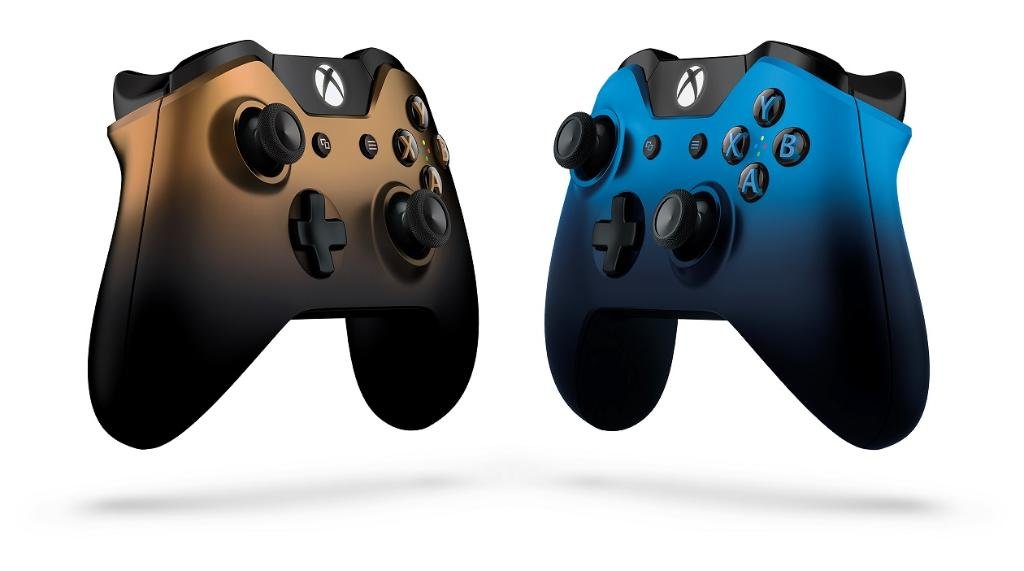 The new generation of game controllers is more than just triggers, buttons and motion sensors, and the latest to join this stylish bunch are Microsoft’s new ‘Shadow’ Xbox One controllers.

High-end gaming consoles churn out adventures and dream worlds – but their vital statistics and look never mattered. It’s the controllers, which we hold close to us, that get us excited.

While the name ‘shadow’ almost sounds like eye makeup, a stylish gadget by any name would look just as stylish.

The first thing that you notice about these new gradient-hued controllers is their stylish look. Controllers with specially blended colors and patterns are nothing new to Microsoft, but the faded gradient is definitely a premiere for Xbox.

Other than the look, everything about these Xbox controllers is pretty regular, like thumbsticks, impulse triggers, 3.5mm stereo headset jack and .an enhanced D-pad.

We’re always listening to our fans at Xbox and are committed to providing a range of controller options for gamers, as we know they value choice.

Launch and Pre-orders of the New Xbox One Controllers

Pre-orders for both controllers opened on Thursday. As always availability and pricing vary by region.

They will be launched later this month at Microsoft’s stores in parts of North and South America, before hitting “select regions worldwide” in April.

We know that the Copper Shadow controller variant in the United States will be available exclusively at the Microsoft Store as well as GameStop. Microsoft says Copper Shadow will be released on March 22.

But if it’s shades of blue for you, the Dusk Shadow controller will be available via the Microsoft Store and, for a limited time at Best Buy. The expected release date for this is April 10.

Regardless of the model you choose, the US version costs $69.99 each, which is approximately £50 in the UK. (Prices in the UK TBA.)

Microsoft has been keeping itself busy, having just given the green signal for cross-network multiplayer gaming, making it possible for you to play multiplayer online games with your PC and PS4 friends on your Xbox One, of course if Sony takes the plunge.