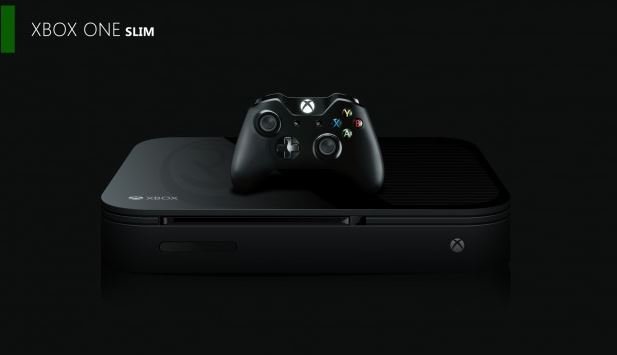 Xbox One Slim Rumors: A Smaller MS Xbox One With AMD Polaris

Earlier this month, a new leak revealed that Microsoft could be working on integrating the upcoming AMD Polaris GPU on a slimmer version of Xbox One Slim.

The Xbox One Slim rumors have been around since the release of the device. smiller, smaller Xbox with better GPU would indeed be good. It could also compete, in terms of portability, with Apple TV and give tough competition to the PlayStation 4.

A member of the Overclock.Net forum managed to obtain a leaked screen dump which showed a rather peculiar Xbox One model with the Polaris string. The hardware model was named NRDP 15.2 Polaris-222. The AMD GPU for 2016 will be called Polaris and is based on a 14nm architecture. This chipset would decrease noise and heat but improve performance substantially.

Xbox Live product manager Aaron Greenberg also recently stated that new surprises are coming from Microsoft during E3 2016. Could this be the slimmer Xbox One using AMD’s 14nm Polaris GPU? Or will it just be a refresh to the Xbox One? We will have to wait a little longer to find out.

Microsoft could be working on a smaller, lighter, portable and cheaper Xbox One Slim to compete against the likes of the Apple TV. Rumors of the such a device have been around for a long time, but nothing turned out to be true.

According to Brad Sams of Petri IT Knowledgebase, Microsoft has plans to release a stripped-down version of the Xbox One. The slimmed down, lighter version of the game console will be able to run games from the Windows Store.

If it does turn out to be true, don’t expect it to run Forza 6 or Halo 5, because there probably won’t be a disc drive. But, if the device could also stream games from a Windows 10 PC, that would surely sell the smaller Xbox like hot cakes.

” The Xbox may also receive an update next year, rumors of an Xbox slim style device picked up late 2015. I have heard from internal sources that the company is considering plans for a lightweight Xbox One that may only be for Windows store games and would compete with the Apple TV, but it’s not clear if these plans have been scrapped.”

The smaller Xbox One will also be cheaper than its big brother, obviously and seeks to compete with the Apple TV. The latest gen Apple TV is also a gaming device, as you can play several games from the App Store. If you didn’t know you could play games on the Apple TV, check out our list of best Apple TV games.

Microsoft will price the Xbox One Mini or Slim, whatever it’s called, somewhere around $150 – $199. The current gen Apple TV sells for $149, and it’s small, neat and sturdy enough. The smaller Xbox One would also have to be small, powerful enough and priced well, to compete with the Apple TV.

The report also suggests that if Microsoft does launch such a device, it will happen in the second quarter of 2016. The Xbox One Slim/Mini would be sold alongside the Xbox One.